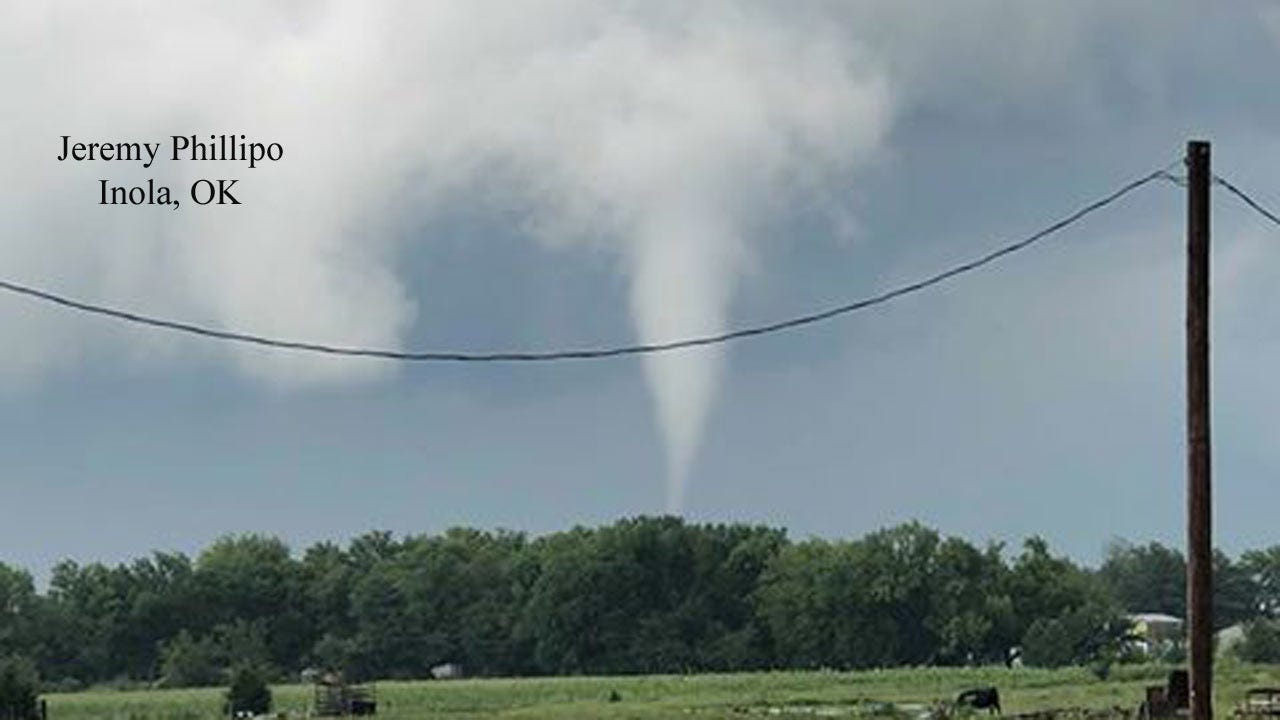 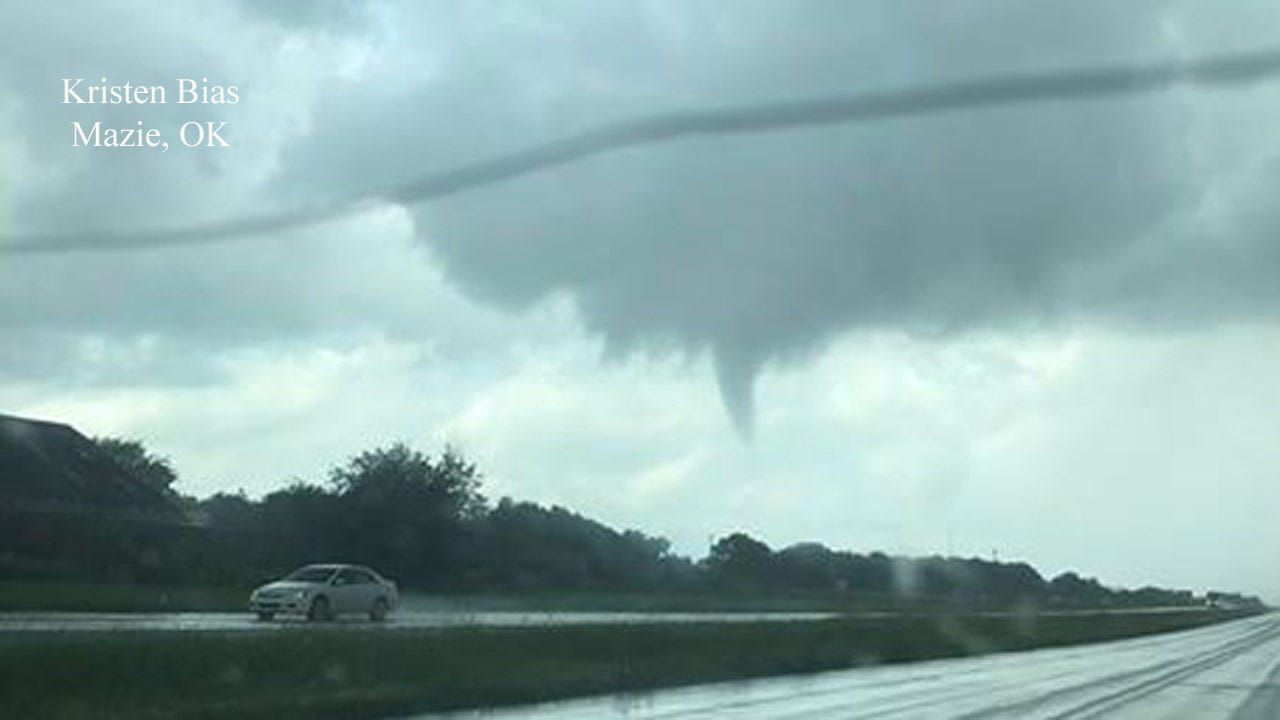 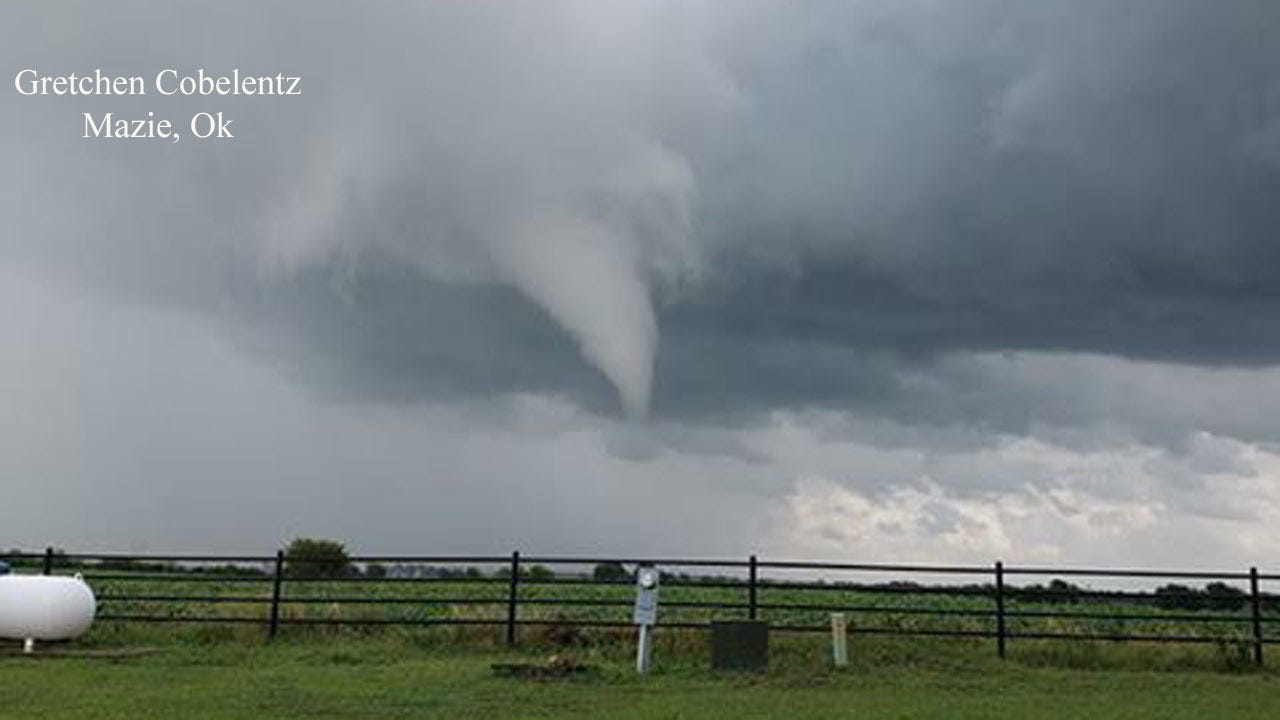 Several Mayes and Rogers County residents spotted funnels spinning up on Sunday afternoon. A Tornado Warning was issued for Mayes County at 3:55 p.m.

Osage Sky News 6 HD shows the damage from the possible tornado that ripped apart a barn in Inola near E 600 Road and S 4250 Road.

"I did not like what I saw when I came here, I just I don't like it. It's sad to see all this happen," said 11year-old Jordyn Walker.

Almost immediately after the storm passed more than100 people showed up to help.

"Everybody gets together when something like this happens. It's a good community. It's Oklahoma," said Stanley Chupp.

There's also some damage to the side of a house where a window shattered and was quickly cleaned up.

"You can dump it in the trash and it will be good to go," said 7-year-old Brock Plank.

On the other side of the house, children started pitching in, collecting debris.

The older kids carried over parts of the barn that flew away, as the little ones helped with small tree branches.