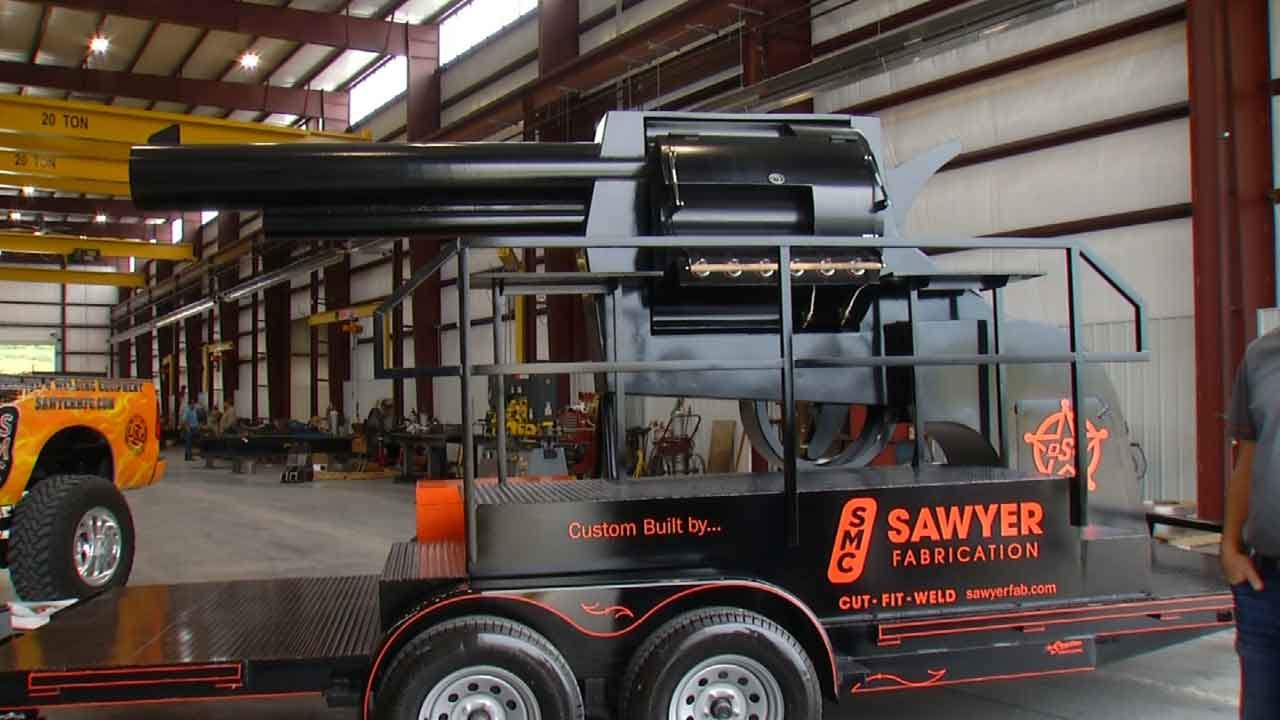 A custom grill screams OSU and Pistol Pete as soon as you see it. It’s nine feet tall, 18 feet long, and shaped like a pistol.

Sawyer Manufacturing built it and says it not only looks good but cooks good.

Sawyer Manufacturing has always been a pipeline equipment company, so this was a different undertaking.

Rick: "Pipelines to pistol grills."
Sawyer Manufacturing: "Pretty much. We don't say no to anything."

In this case, the customer was the boss, who said he wanted a grill that spoke OSU Cowboy.

Rick: "Did he get what he was looking for?"
Matt Moore: "I think he got some and a little more."

Moore designed it and said it took a couple of weeks to get the design right on the computer, then the welders took over, which took another two or three weeks.

There's lots of cooking surface; two propane bottles located in the pistol grip power it. When the lid is closed, the smoke from the fire travels through a hole down and out the barrel of the gun.

"When we got the grill put together, and the truck pulling it, we decided we needed the whole package, that it needed to coordinate," said marketing manager Krystal Bornhop.

So, they contacted the folks from 51 Wraps, who were putting the finishing touches on it.