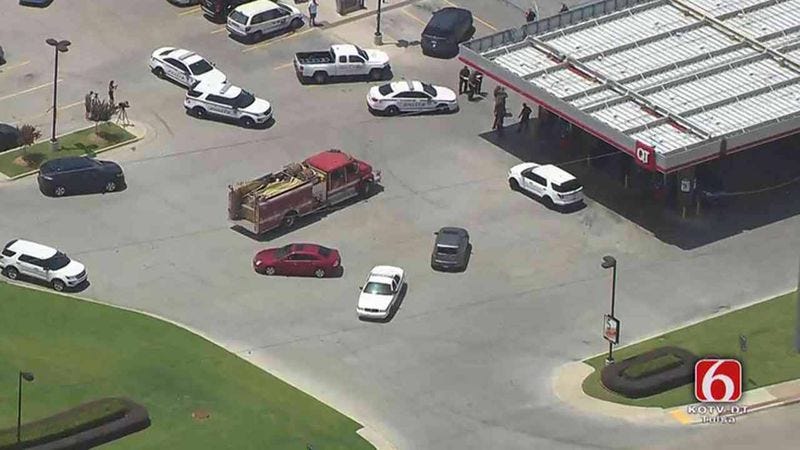 Tulsa Police released the names of officers involved in a police shooting that left one officer and a suspect wounded. Officer Michael Caweizell shot the suspect, and Sergeant Mike Parsons was wounded, a release states.

The shooting took place near the QuikTrip at Interstate 44 and Harvard around 1:40 p.m. July 3.

A woman inside the van communicated with officers, while the suspect, identified as John Chatman, was sitting in the backseat refusing to get out.

After the officers pulled the woman out of the van, they shot pepper balls inside the vehicle.  That’s when officers say Chatman pulled out a gun and shot at them.

Sergeant Mike Parsons was hit in the leg and officers say they returned fire, hitting Chatman in the chest.

Parsons was released from the hospital last week. Chatman is still hospitalized.

Police say Parsons has been with the department since 1993. Officer Michael Caweizell, a member of the Organized Gang Unit, has been with TPD since 2013.

Neither officer has a "reportable complaint history," TPD said.