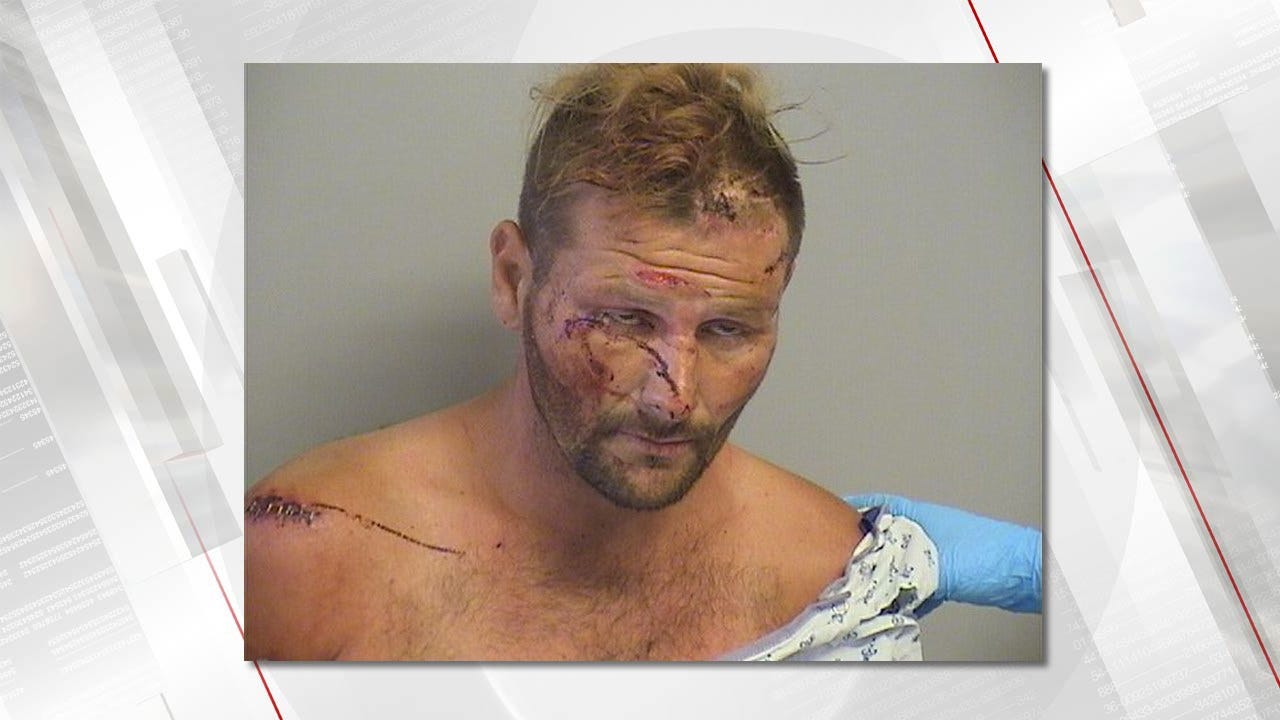 Police say a man intentionally injured himself on multiple occasions to delay going to jail.

Tulsa police officers say they initially responded to a call about a man pointing a gun at another man.

They say the victim told officer the suspect, Christopher Darby had pointed a gun at him then drove off.

Police say they found the vehicle and Darby and took him into custody.

A search revealed a loaded firearm matching the victim’s description, officers say, as well as digital scales and baggies containing methamphetamine and marijuana.

Officers say Darby was taken to a hospital for a medical clearance due to self-inflicted injuries and, while at the hospital, he intentionally jumped out of a wheelchair and struck his head on the floor to keep from being taken to jail for booking.

According to officers, Darby had told medical staff shortly before jumping from the wheelchair that his feet would not work.

Darby was arrested on multiple complaints, including firearms charges, possession of a controlled dangerous substance, and obstructing justice.