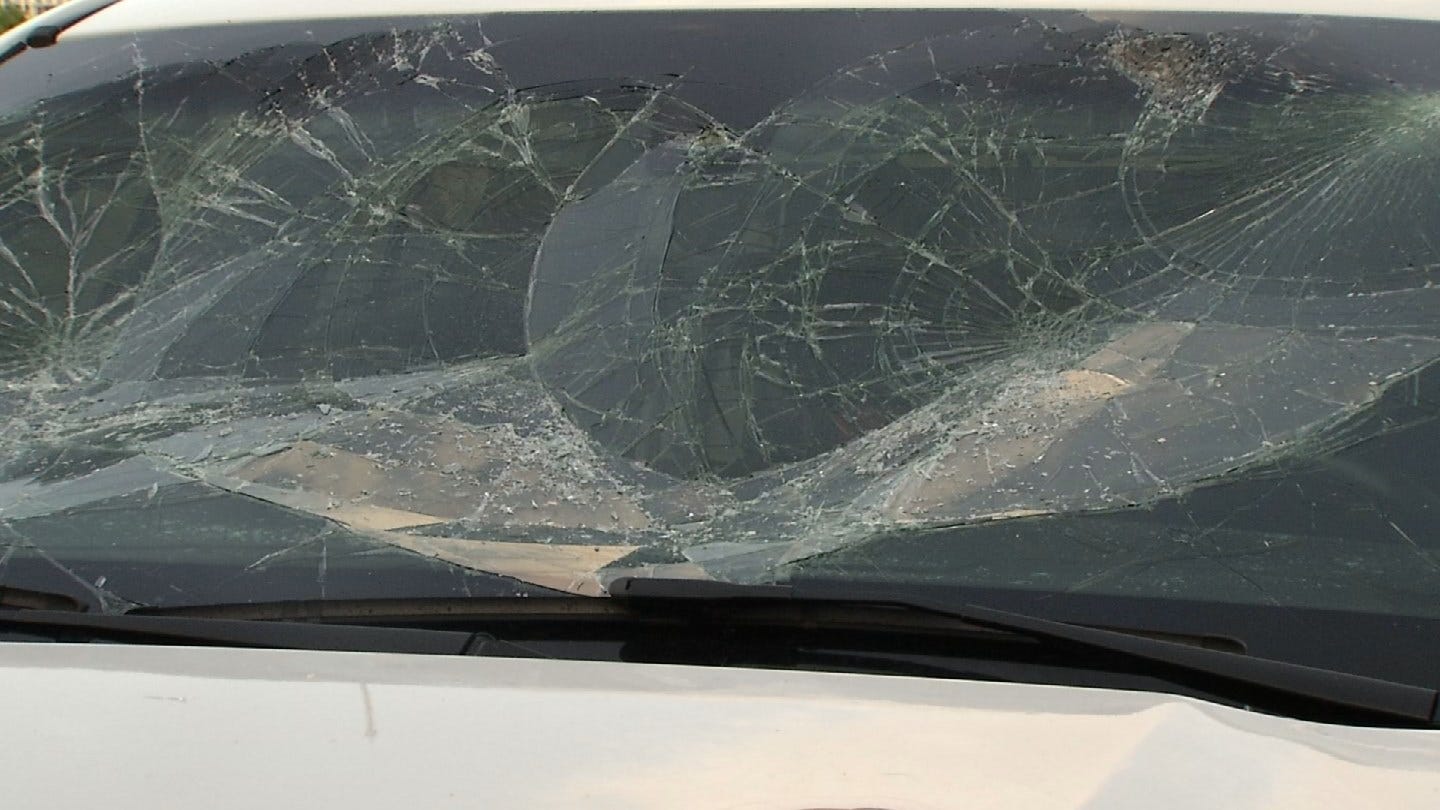 A witness to an attack on a TPS police officer wants to set the story straight. He says reports the officer threw the suspect onto his windshield aren’t true.

John Jestice works at the Oklahoma Army Surplus store. He was there when he says the suspect jumped onto the police officer's hood and smashed the windshield in himself.

"No, Tony did not throw the person, he did that all on his own. And he did a nice job of it,” said Jestice.

He says the suspect Aaron Jenkins came into the store near closing time yesterday. "His speech was so fast. He was jittery nervous-acting."

Jestice says he told Jenkins the store was closing soon so Jenkins went to the front register to pay out.

When Jestice realized the customer had a few pairs of stolen jeans stuffed in his backpack, Jestice says Jenkins got angry.

Jestice and TPS police officer Tony Martinez eventually got Jenkins out of the store but Jenkins became aggressive, pounding on the door.

"He's drunk, high, psychotic, or all three. He's really going to hurt himself. He jumps up on the hood of the car and stomps the windshield and destroys it."

Martinez put the man in handcuffs while they waited for Tulsa Police to arrive.

"There's not one moment that Tony Martinez doesn't treat this guy just fine when you consider the situation. He has the expertise, the know-how, and the ability to handle this guy way better than I ever could. If Tony hadn't been there, I may have had to use lethal force." Said Jestice.

Jenkins was arrested on complaints of assault and battery against a police officer and destruction of property.