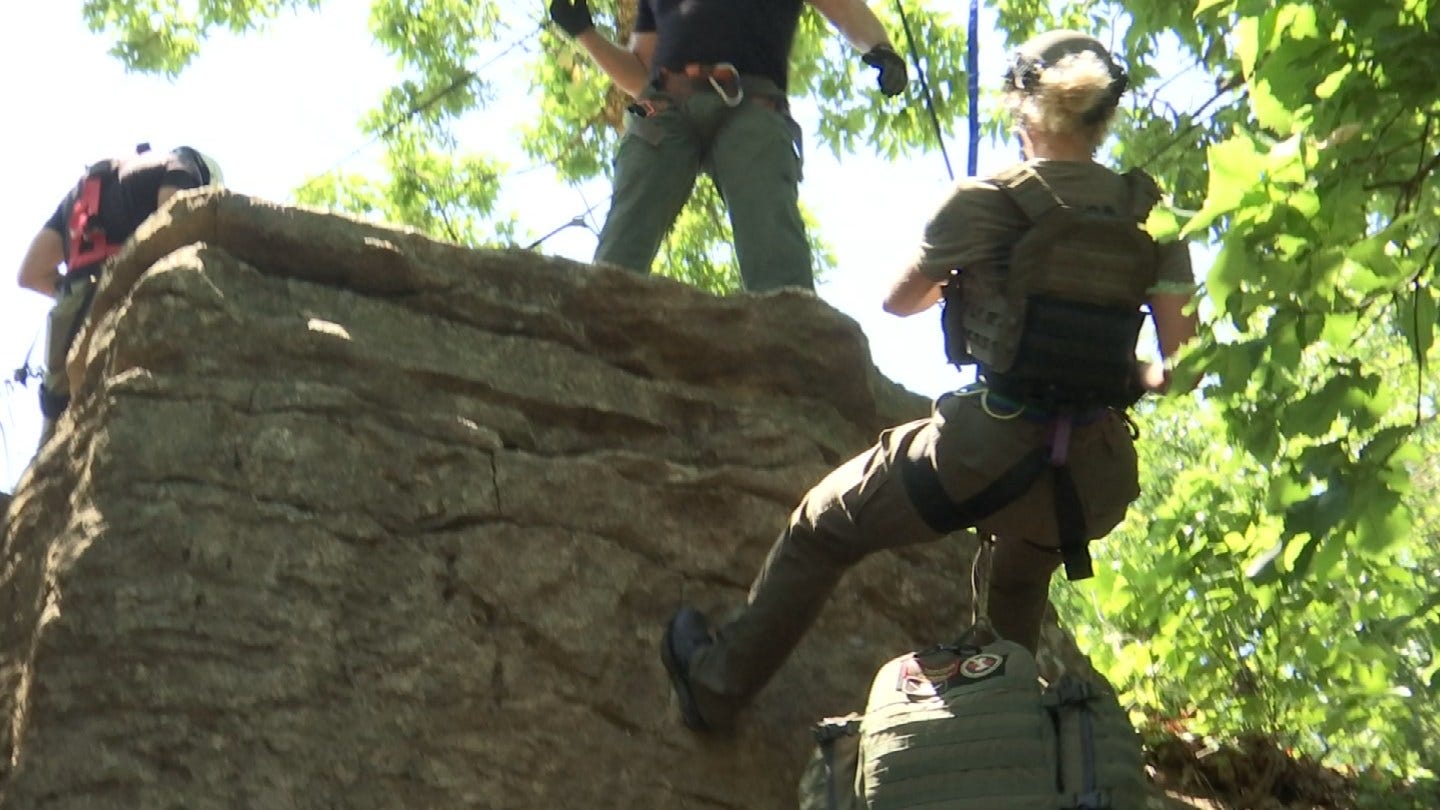 Police, fire, and EMSA are working together to make Tulsa's Special Operations Team one of the best in the country.

The Special Operations Team has a hybrid team of police medics and trained EMSA professionals who train for the most disastrous situations they can think of so they'll be ready if those calls ever come.

"There's a lot of trust with this, being lowered off of a cliff," said SOT Tactical Paramedic Katheryn Ericsson.

News On 6’s Taylor Newcomb tried her hand at rappelling down a cliff at Chandler Park Thursday, with a few bumps and bruises along the way.

But for medics on TPD's Special Operations Team, getting down is the easy part.

"If you have a patient, whoever they may be, in a bad spot that you can't access by walking into them, how are you gonna get to them?" said Medic Support and Training Officer Tony First.

First said Columbine spurred the idea of using ropes not only to get to patients, but to get patients out of dangerous situations.

"Guys with rope experience said, ‘well why don't we just quite literally hook them up and throw them out the window?’," First said.

He said it's active shooter-type situations that bring the three biggest rescue teams together.

"Prior to the era of the active shooter, if you will, it was fire, it was EMS, it was police, and never shall the three paths cross," First said.

The medical unit of the SOT consists of EMT’s, paramedics, and a trauma surgeon.

"When we deploy, we quite literally have the highest level of care available anywhere," said First.

They even trained with a Tulsa fire chief making sure they're ready to protect and serve, together, if disaster strikes.

"We're able to actually use each other's resources and talents to actually be more successful at some of these scenes," said Rescue Instructor Chuck French.

"We don't know what the next bad guy's going to do, and if we don't plan on that, then it's on us if something bad happens," First said.