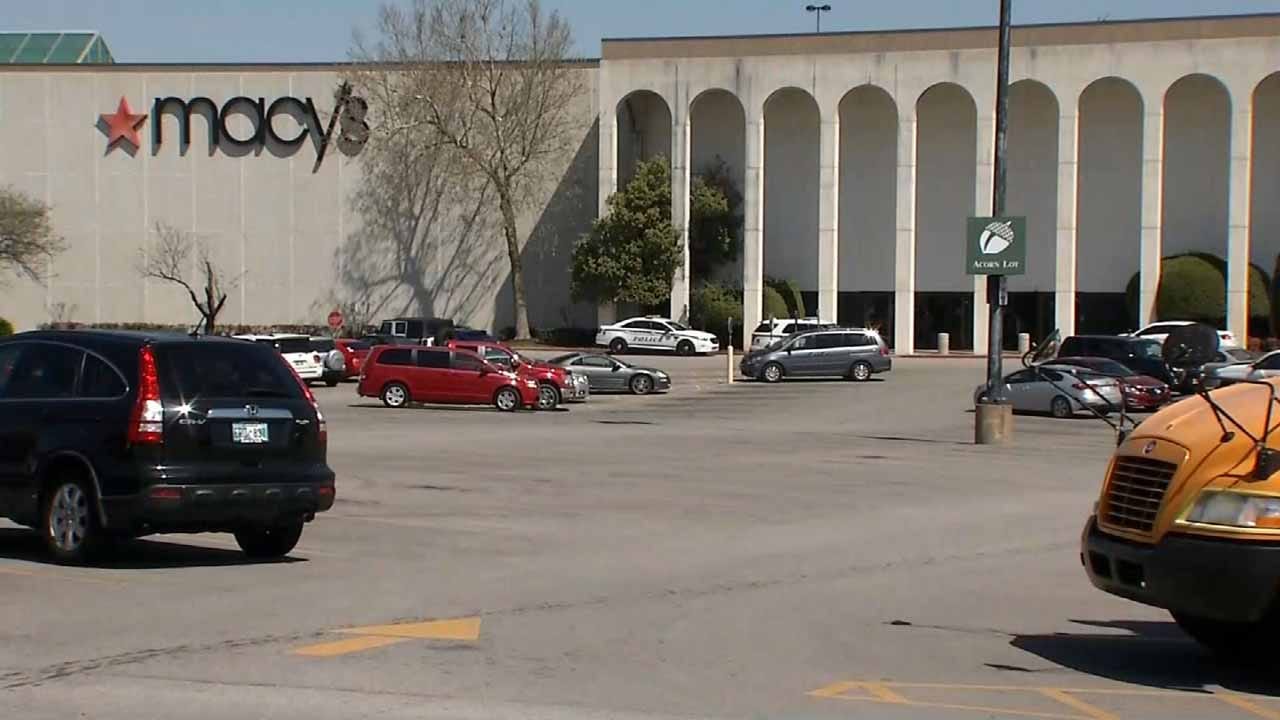 Tulsa Police responded to Woodland Hills Mall for a disturbance caused by a naked man and woman.

Corporal Brian Collum said it started with a stalled vehicle call and a woman getting out of the vehicle, naked, and running. Her clothes were found in the car.

Police said the man followed the woman and was carrying a pit bull on his shoulders.

Officers said they got a call about every half-block from citizens.

Collum said they found the man's clothes in a parking lot between a restaurant and the mall. He said drugs were found in the clothes.

Officers went into the mall and found the couple hugging each other. He said Macy's employees had wrapped a towel around them both.

Collum said when the man and woman saw police, the man ran away and the woman ran toward the officers. She was taken into custody.

They said the man destroyed plastic displays, broke glass, and cut his arm.

Police said they followed the "path of destruction and blood" until they found the man in the sock department and took him into custody.

Both were taken to the hospital to be checked out.

The pair admitted to taking marijuana and dipping it into a cup of PCP.

They could be booked on complaints of indecent exposure, vandalism and public intoxication.