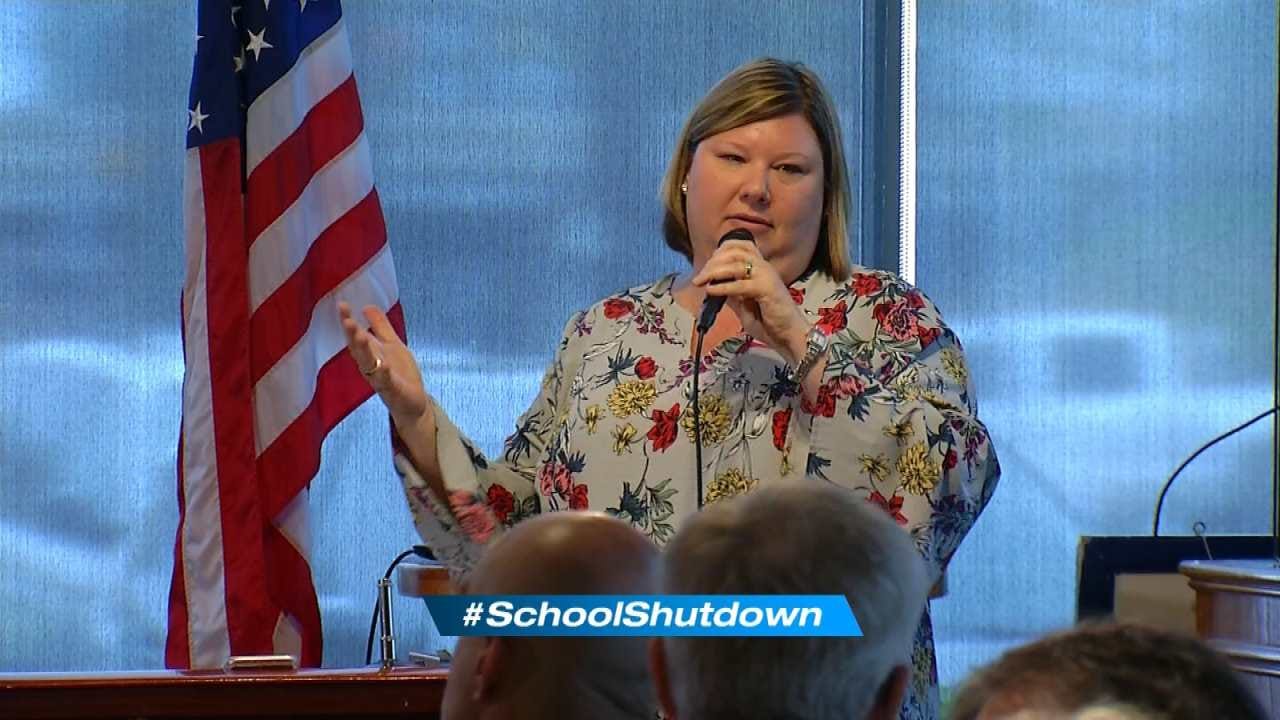 As the state's largest teacher’s union shifts its focus to upcoming elections, the president of the group spent Friday afternoon in Tulsa rallying for change.

The Oklahoma Education Association is now focusing on its 'Together We're Stronger' campaign.

The face you've seen throughout the school shutdown spoke to the Democratic party in Tulsa, encouraging people who support education to run for office.

The President of the OEA, Alicia Priest, said members of the union will go out and knock on doors, working for candidates who agree with the campaign.

"We are trying to bring everybody for the benefit of our children and those who can't get that concept … we will do everything we can to defeat them in June and November with someone who can," said Priest.

The campaign also calls for a $7,500 raise for state employees.

The OEA said another big focus is fighting against a bill filed in the House that the union says would take away all the funding that was passed during the walkout.