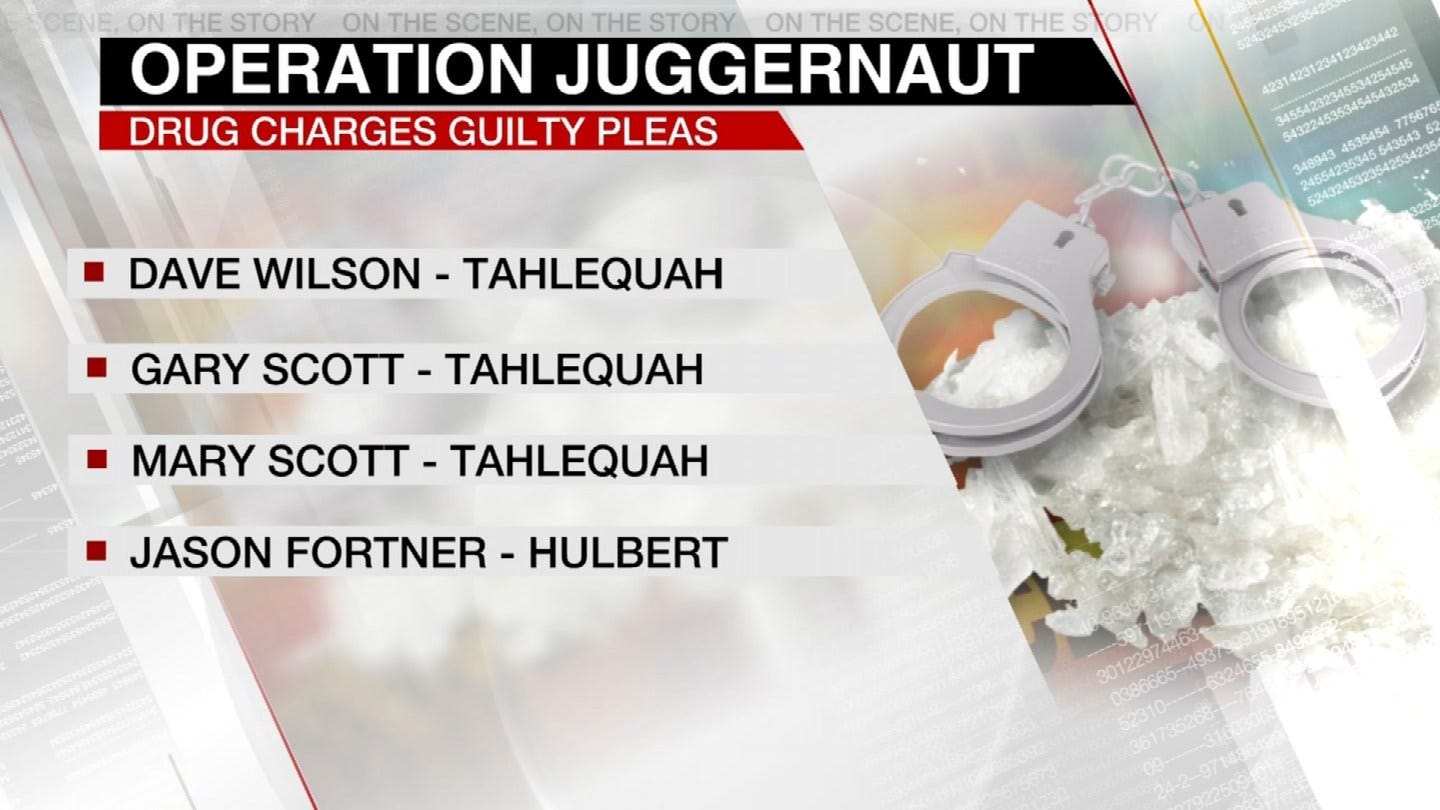 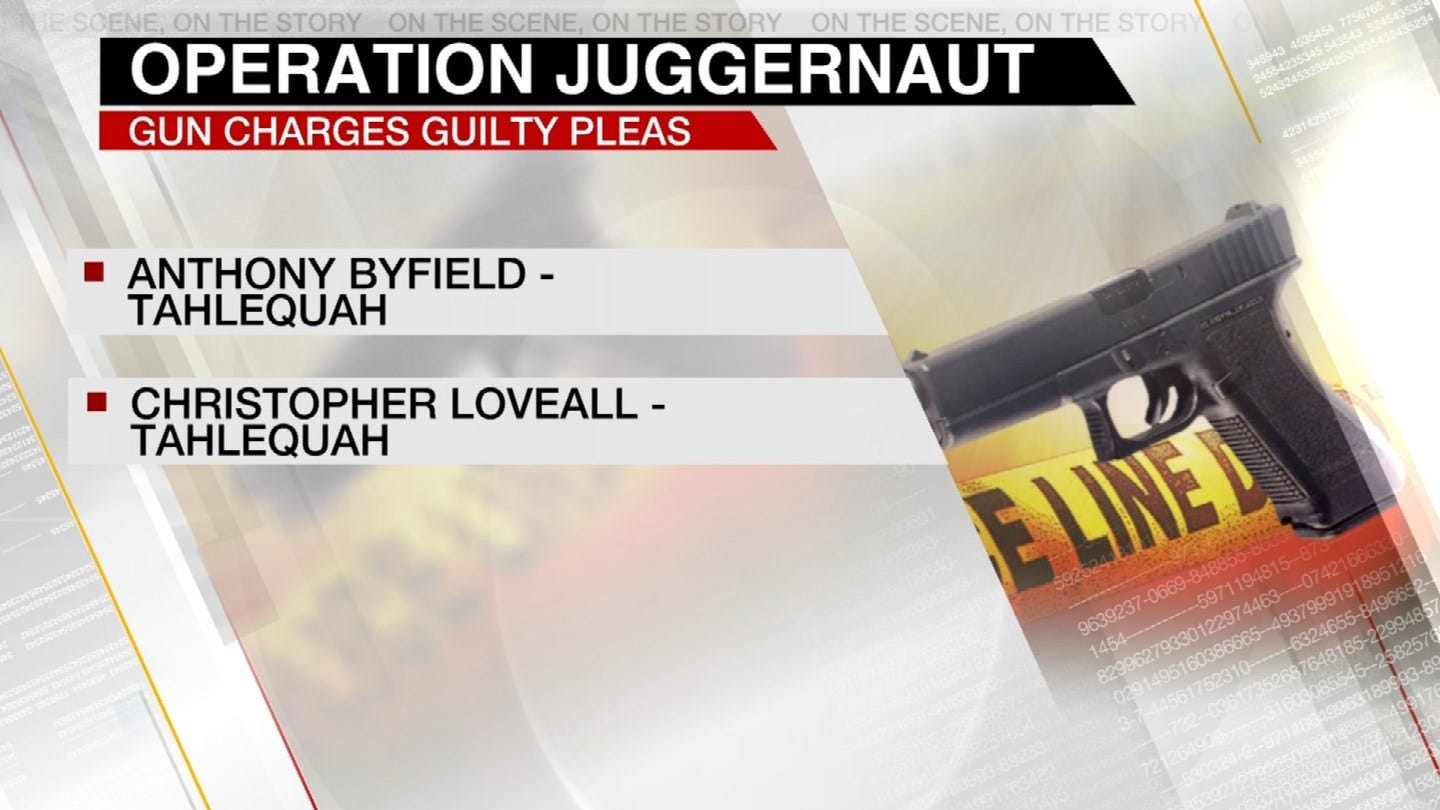 The U.S. District Attorney for the Eastern District of Oklahoma says six people pleaded guilty to drug or firearms charges.

The guilty pleas came as the result of “Operation Juggernaut,” which was designed to cut down on gun and drug crimes.