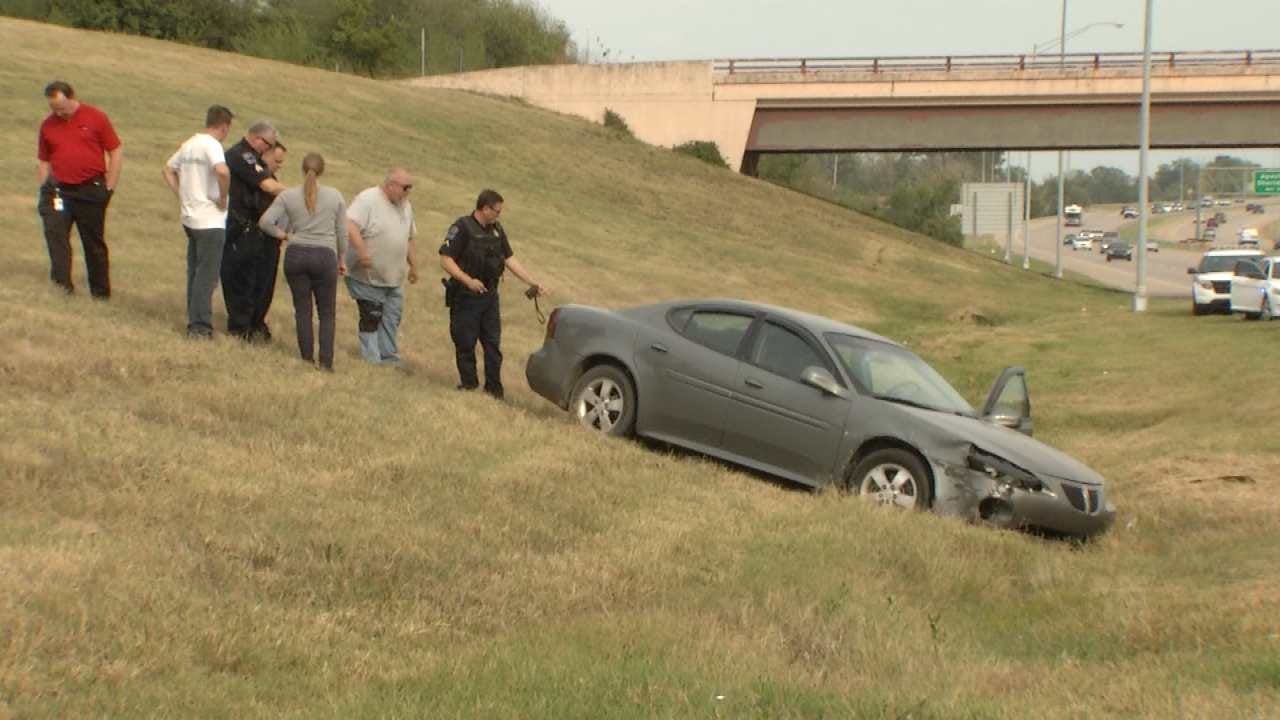 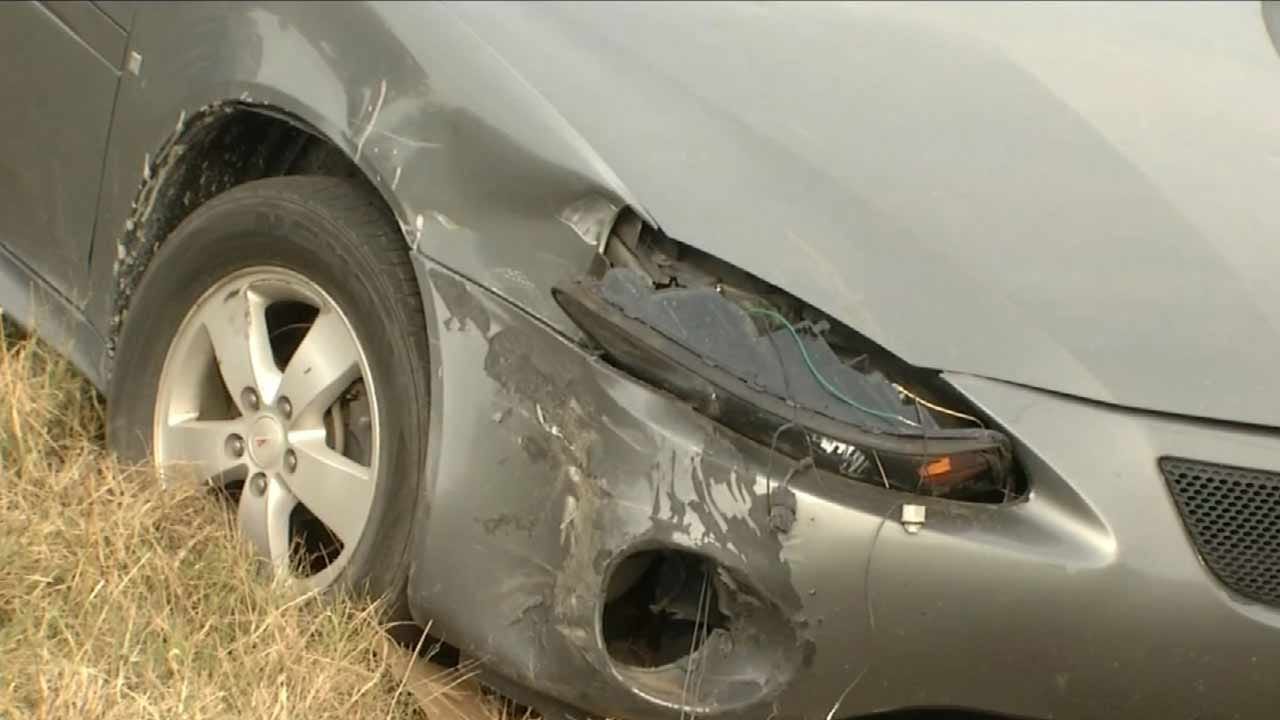 Tulsa police are looking for someone who shot at another driver with a BB gun.

Two cars were westbound on Highway 11 near Harvard when one driver fired on the other with a BB gun, according to police.

Police said they are baffled.

They said it's a random crime.

Witnesses told police the victim was not driving aggressively and, now officers are searching for the suspect.

Skiatook resident Doug Powers said an orange Dodge Dart came "flying up" behind him, and he got over.

The other driver did some damage to the front end of Powers' car as it passed, he said.

Powers said he then pulled his phone out, and was going to take a picture of the driver.

That's when he said the driver pulled up to the side of him in the outside lane.

"Pulls the gun up, I see the gun and I locked up the brakes, and went into a slide and I actually hit him," Powers said.

At that point, Powers lost control for a bit and ran off the road.

Police said the suspect followed him off the road, then left the scene heading west.

"I'm pissed off. He destroyed my car, but I don't know, that's about it. I'm not, scared really, other than thought I was gonna really total my car out, and roll it and that's about it," Powers said.

Police aren't releasing the make or model of the suspect's car.

Powers believes the suspect shot at him because he tried to take a picture.

In the meantime, Powers said he's trying to figure out how he's going to get to work in the morning.

"One headlight and no blinker, hand signals I guess," Powers said. "I'm hoping they catch him."

Anyone with information is asked to call police.