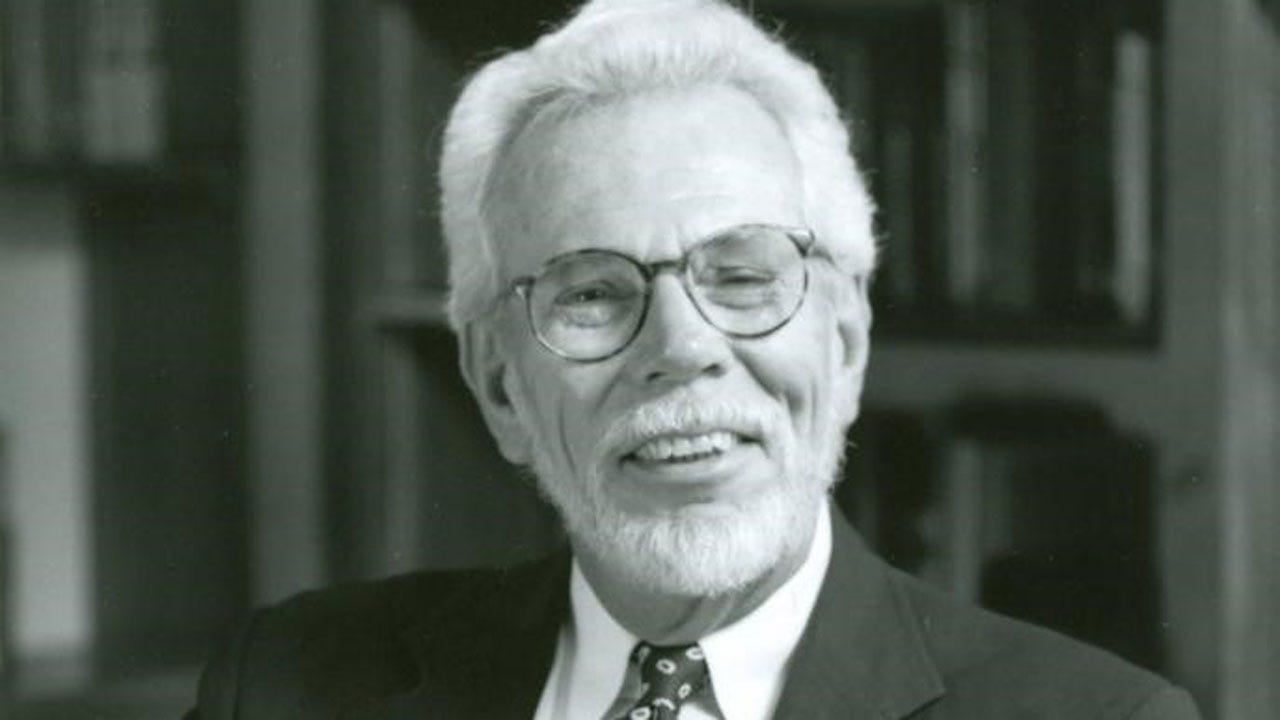 Dr. Wolf, author of the book, "The Gift of Doubt" was the senior minister of All Souls Church in Tulsa for 35 years, before becoming the Minister Emeritus in 1995.

Hope Unitarian Church was founded in 1969 and Church of the Restoration was formed intentionally as a multiracial congregation in the Greenwood District in 1988.

During Dr. Wolf's tenure at All Souls, he preached about civil rights, reforming the funeral home industry, the importance of public education, and the arts.
An impassioned speaker, Dr. Wolf condemned racial prejudice and championed the rights of racial minorities, women, gays, and lesbians, including women's reproductive rights.

In 1965, he hosted Tulsa's first interfaith and interracial worship service as a local response to the civil rights marches in Selma, AL. Following the service, he and other prominent representatives of Tulsa's clergy led a civil-rights march through downtown Tulsa.

In the 1980's with the establishment of cable television, Dr. Wolf became a pioneer of television ministry among Unitarian Universalists. His "Faith for the Free" program began on local access stations and was eventually broadcast across the country.

Wolf was born in Bloomington, Illinois on Sept 6, 1925, to Walter and Helen (Young) Wolf. He graduated from Illinois Wesleyan University in 1949 with a Bachelor of Science degree in pre-medicine and earned his Bachelor of Divinity Degree from the Federated Theological Faculty of the University of Chicago in 1952. Dr. Wolf was awarded an honorary Doctor of Divinity degree from Meadville Lombard Theological School in 1976.

Dr. Wolf was a Navy veteran of World War II, serving as a signalman in the Armed Guard and in the Pacific. He was commissioned into the Navy Chaplaincy Reserves during the Korean War.

After retiring from the ministry in 1995 he remained in Tulsa with his wife Barbara N. Wolf. He remained active locally and nationally in causes for education and interfaith understanding.

Please send condolences to the family to All Souls at 2952 S. Peoria Ave, Tulsa, OK 74114. Per Dr. Wolf and his family, contributions in his honor can be made to All Souls Unitarian Church in care of the John B. Wolf Memorial Fund.