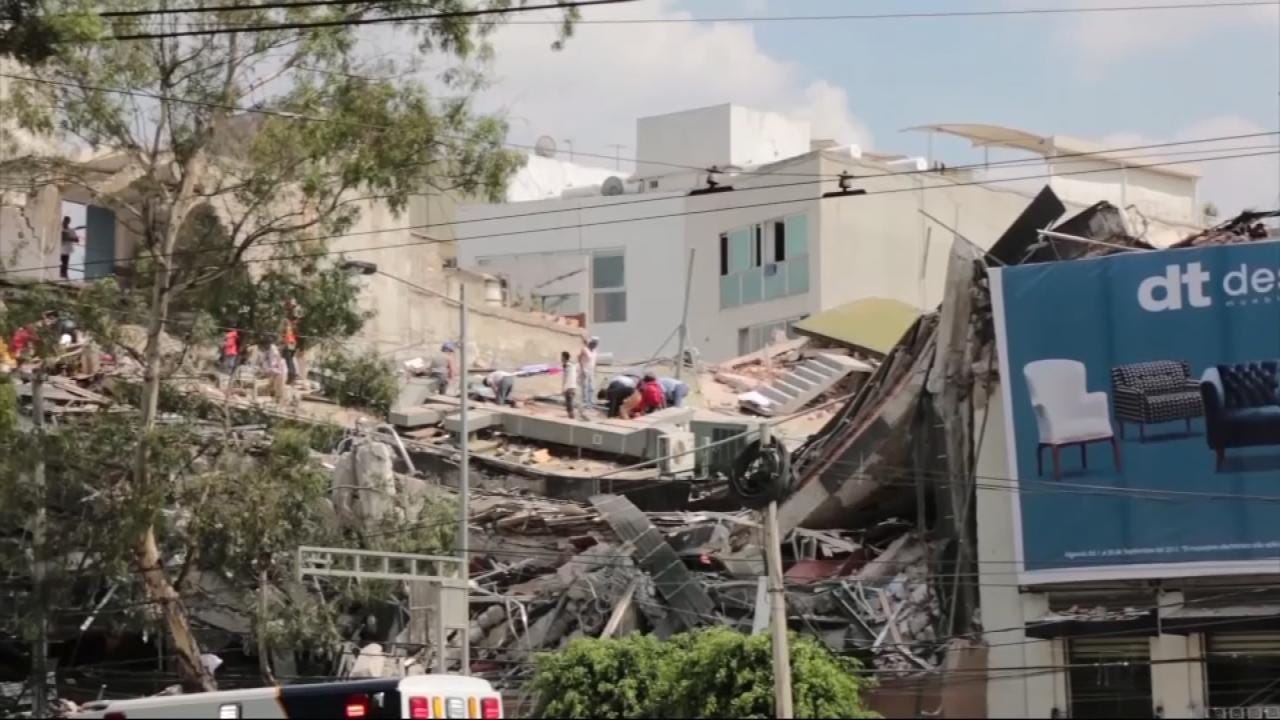 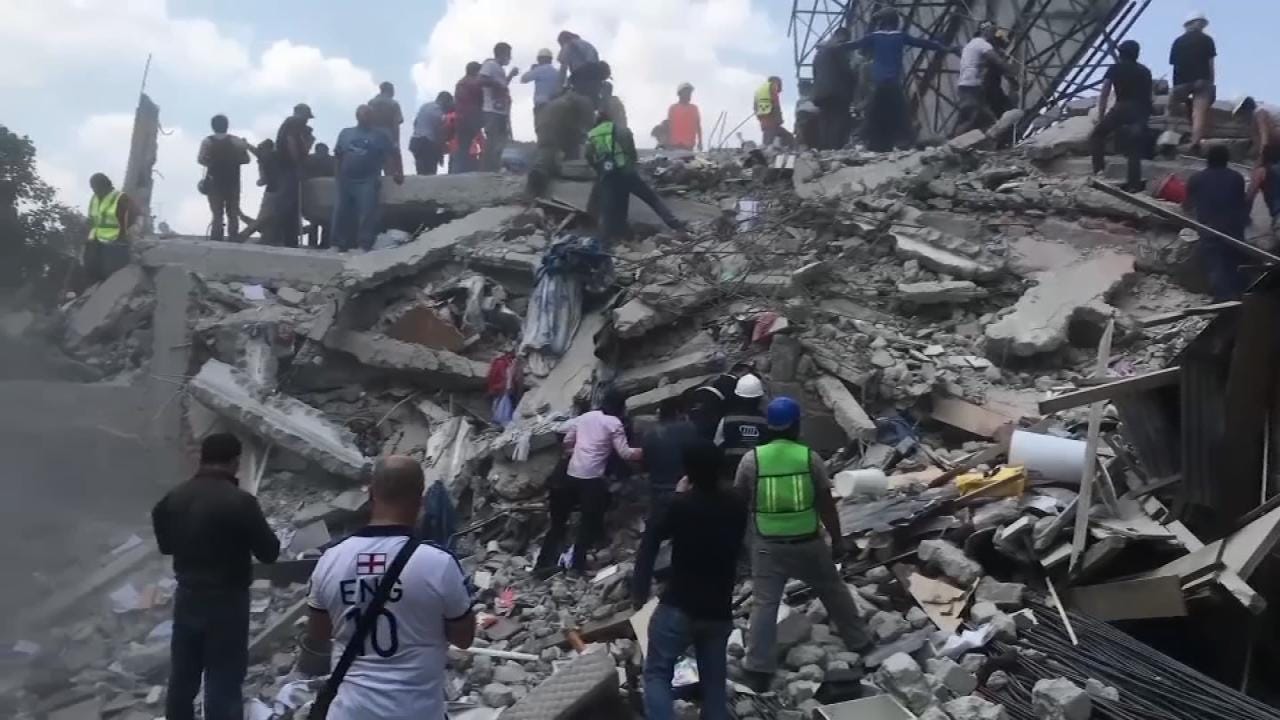 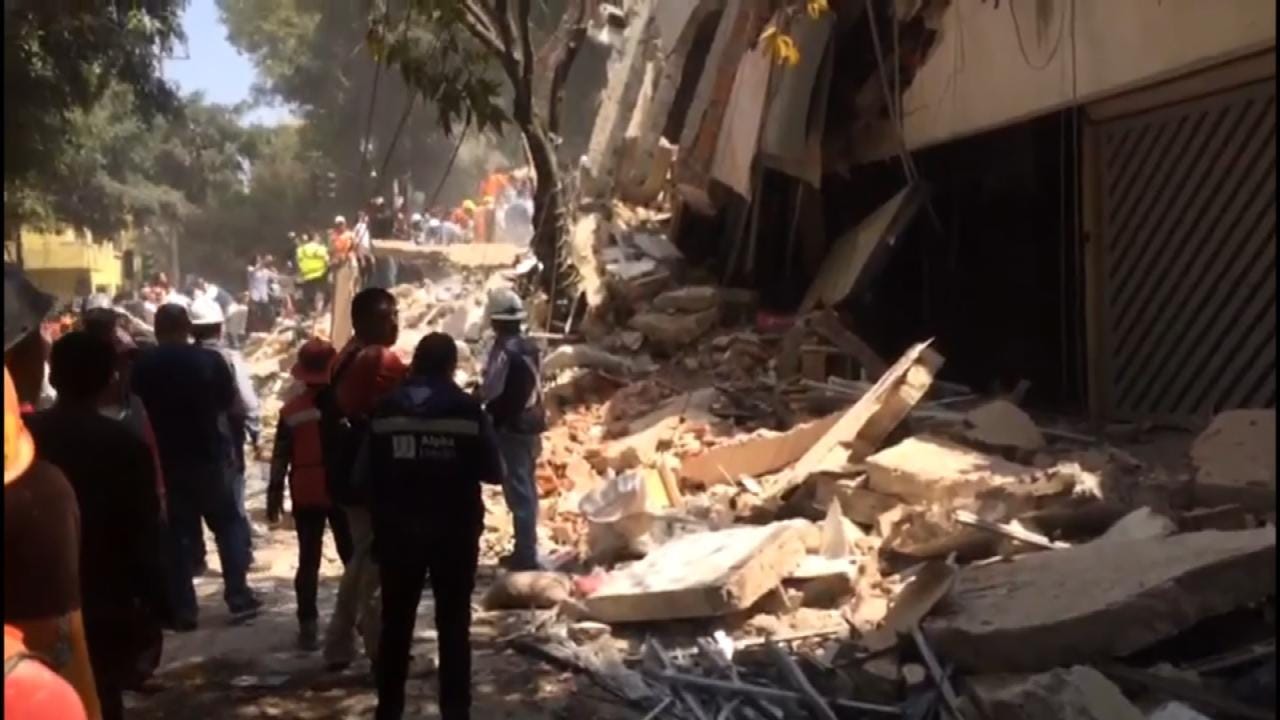 Police, firefighters and ordinary Mexicans dug frantically through the rubble of collapsed schools, homes and apartment buildings early Wednesday, looking for survivors of Mexico's deadliest earthquake in decades as the number of confirmed fatalities climbed to 217. Officials said at one point that the toll had shot up to 248, but then lowered the confirmed figure again shortly after.

Adding poignancy and a touch of the surreal, Tuesday's magnitude-7.1 quake struck on the 32nd anniversary of the 1985 earthquake that killed thousands. Just hours earlier, people around Mexico had held earthquake drills to mark the date.

One of the most desperate rescue efforts was at a primary and secondary school in southern Mexico City, where a wing of the three-story building collapsed into a massive pancake of concrete slabs. Journalists saw rescuers pull at least two small bodies from the rubble, covered in sheets.

Volunteer rescue worker Dr. Pedro Serrano managed to crawl into the crevices of the tottering pile of rubble that had been Escuela Enrique Rebsamen. He made it into a classroom, but found all of its occupants dead.

"We saw some chairs and wooden tables. The next thing we saw was a leg, and then we started to move rubble and we found a girl and two adults - a woman and a man," he said.

"We can hear small noises, but we don't know if they're coming from above or below, from the walls above (crumbling), or someone below calling for help."

President Enrique Pena Nieto visited the school late Tuesday and said 22 bodies had been recovered there, two of them adults. By early Wednesday morning, Mexican news outlets were reporting that at least 32 students had been found dead amid the rubble of the school. Rescuers were continuing their search and pausing to listen for voices from the rubble.

The quake sent people throughout the city fleeing from homes and offices, and many people remained in the streets for hours, fearful of returning to the structures.

The U.S. Geological Survey said the magnitude 7.1 quake hit at 1:14 p.m. local time (2:15 p.m. EDT) and was centered near the Puebla state town of Raboso, about 76 miles southeast of Mexico City.

The quake was the deadliest in Mexico since a 1985 temblor on the same date killed thousands. It came less than two weeks after another powerful quake caused 90 deaths in the country's south.

The official Twitter feed of the head of Mexico's civil defense agency, Felipe Puente, said early Wednesday that 117 people were confirmed dead in Mexico City, and 55 died in Morelos state, which is just south of the capital. It said 39 are dead in Puebla state, where the quake was centered.

Earlier in the day, workplaces across Mexico City held earthquake readiness drills on the anniversary of the 1985 quake, a magnitude 8.0 shake that killed thousands of people and devastated large parts of the capital.