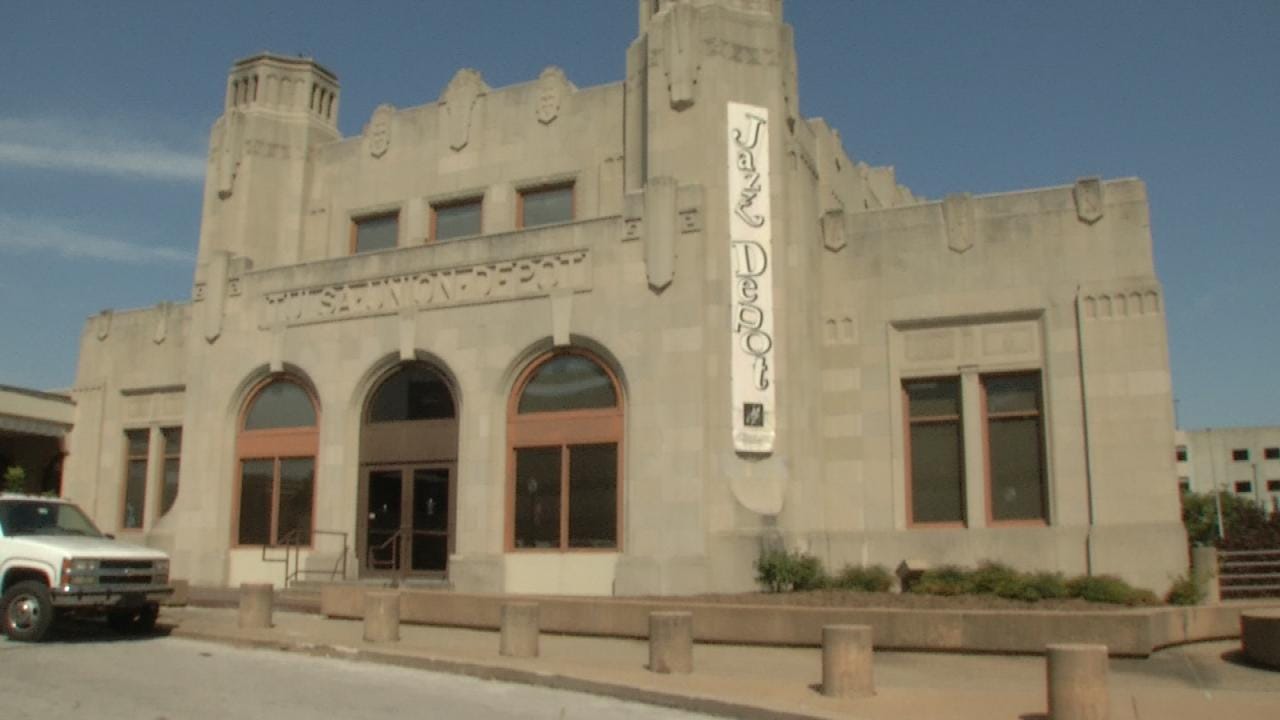 A bride is now frantically setting up her wedding at a different venue after she says the Jazz Hall of Fame double booked her.

The wedding was supposed to happen there Saturday night, at the same time as the Terence Crutcher Memorial Gala.

The family says they didn't find out until last night at the rehearsal dinner when a guest showed them a News On 6 story about the Gala.

Mother of the bride Cindy Quinton says she is shocked.

"It's just, there's no way to get back what it should have been." Said Quinton.

The bride said the worst part is that the venue knew they'd double booked but never told her. Alicia Skaggs is rolling with the punches and setting up her wedding at the Greenleaf Barn in Broken Arrow. She said her original venue, the Oklahoma Jazz Hall of Fame, double booked her and left her scrambling the night before her wedding.

"I just sucked it up and got over it," she said.

Cindy Quinton said she's shocked at the way the whole thing was handled. She said they did a walk through at the Jazz Hall of Fame Wednesday and were given no indication there was a problem.

It wasn't until the rehearsal dinner Friday night that a dinner guest brought up concerns about the gala.

"I knew when I saw it, they weren't going to reschedule that," Quinton said. She called the Jazz Hall Executive Director Jason McIntosh who confirmed - yes, there had been a mistake.

"Almost implied, I've gotten you another venue, you shouldn't complain," she said.

Quinton says the alternate venue was too small and wouldn't fit their nearly 300 guests. That's when panic set in.

So, she posted the dilemma to social media, grabbing the attention of people all over Green Country, including Laura Greenleaf of the Greenleaf Barn.

"I read it and was like, oh my gosh I can't believe this is happening; we've got to do something, there's no way we can not help," Laura Greenleaf said.

Greenleaf and her husband just built the venue in Broken Arrow and offered it to Alicia free of charge. And while the bride is making the most of it, her mother can't help but think that it could have all been avoided if the Jazz Hall had told them sooner.

"All the moments you had planned for today that we couldn't do because we were scrambling for a venue, you just can't get it back. So, I don't even know what would make it right," said Cindy Quinton, mother of the bride.

So far the bride says she doesn't know if she'll get her $3,500 back from the Jazz Hall of Fame. We reached out to Executive Director Jason McIntosh for comment earlier. He would not answer any questions but directed us to an email account.

I sent my questions there and have not heard back.