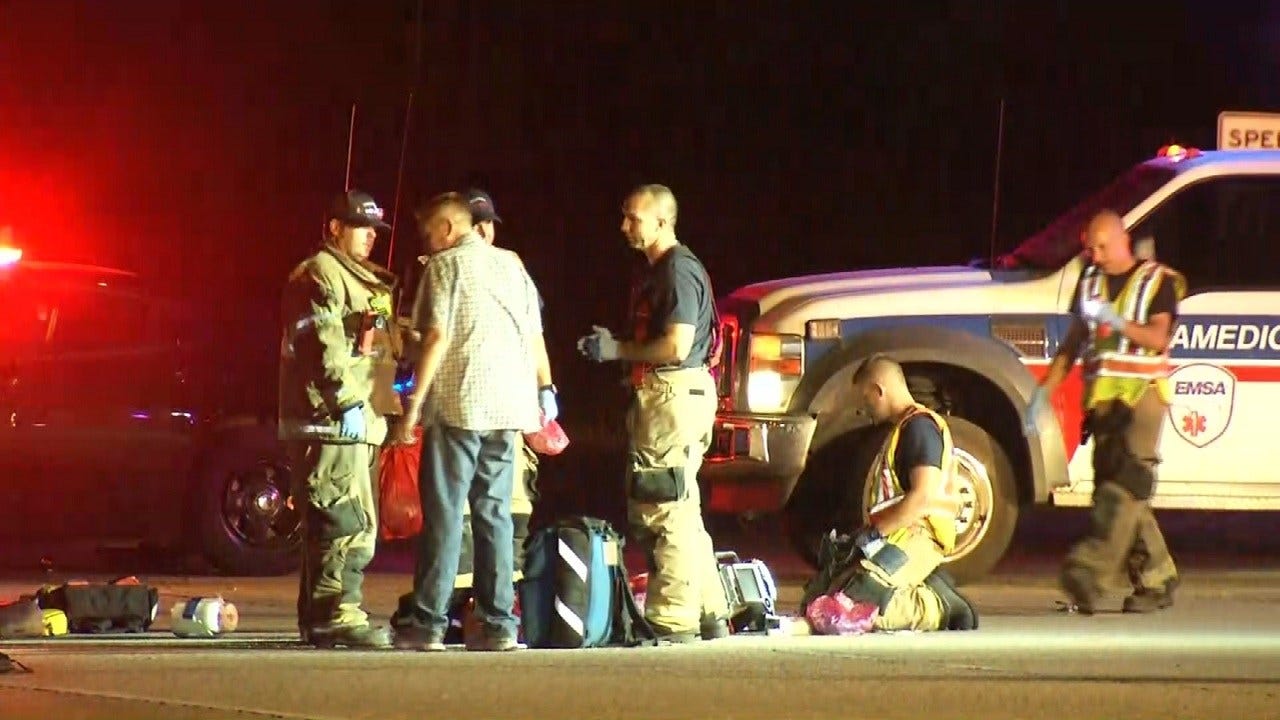 The lanes are going to remain closed for a couple hours, the Oklahoma Highway Patrol reported.

The crash involved a car versus a motorcycle.

One person was in the car and two people were on the motorcycle.

The person in the car was uninjured.

A woman riding on the motorcycle was taken to a local hospital by helicopter.

A man on the motorcycle was transported by ambulance.

Neither of the motorcyclists were wearing helmets, the OHP reported.

The westbound lanes of the highway were unaffected.