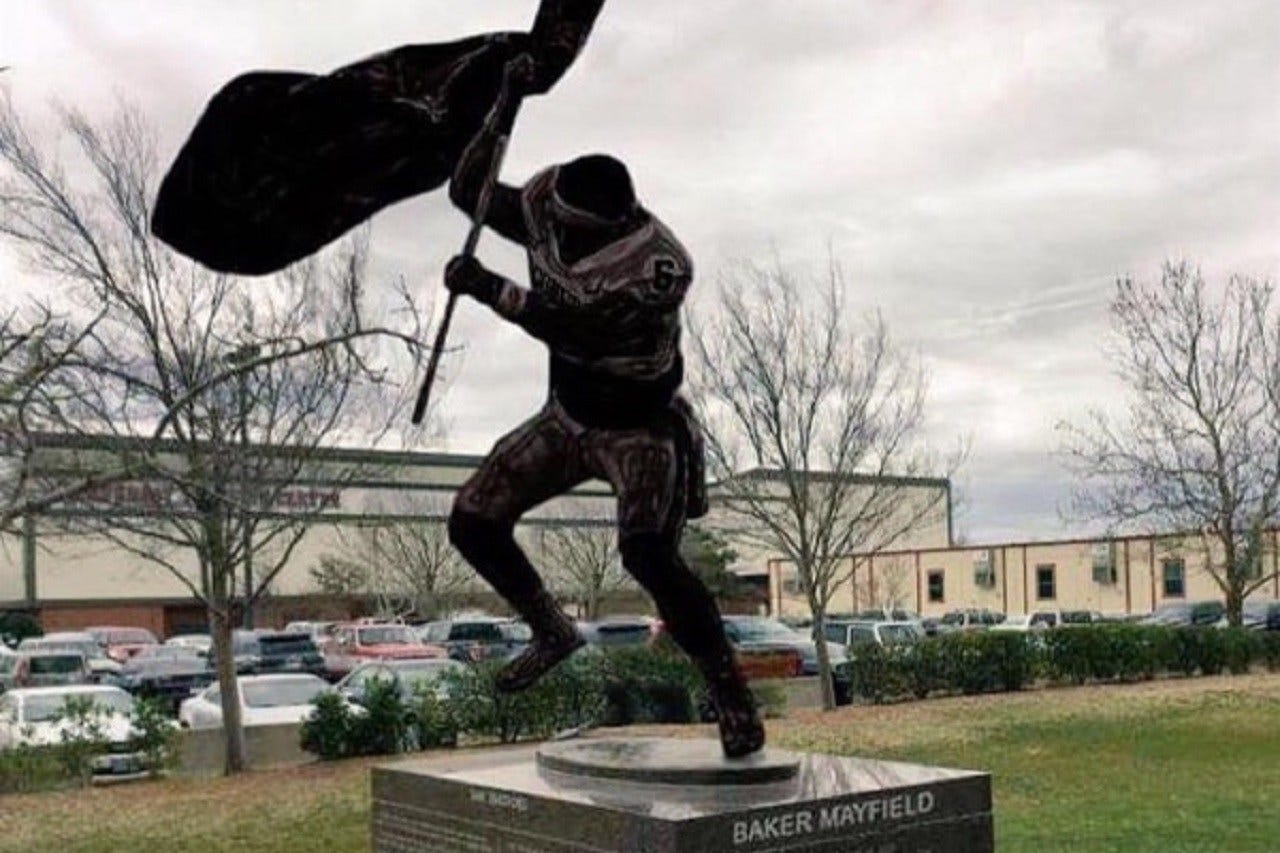 A University of Oklahoma football fan created a GoFundMe page to raise money for a statue commemorating quarterback Baker Mayfield planting Oklahoma's flag at midfield after the Sooners' 31-16 victory against Ohio State University.

On the GoFundMe page, created by Jason Newton, he states his goal is to raise $500,000 because Mayfield is his favorite OU player.

From the fundraiser's web page:

"For starters, I expect Baker to win the Heisman Trophy. When that happens, a magnificant statue will be made. Will it look like this? Doubtful.

Regardless, if he does or not, he is an all-time great and my favorite OU player of all-time. I believe his performance and this team's performance at tOSU was one for the ages . I know I'm not alone.

That's why I'm staring this campaign.

Whether it stands in Heisman Park or elsewhere, this statue must be made.

If he wins the Heisman, this fund will go to OU to build the statue and more. Of course, it won't take $500k to make the statue, so everything else left over will go to a Baker Mayfield scholarship for mutts, underdogs and anyone who demonstrates the moxy and passion for winning in Baker Mayfield style.

As of Friday night, Newton had raised about $175 of his overall goal.

To follow along with the fundraiser's progress, visit www.gofundme.com/BakerMayfieldStatue.