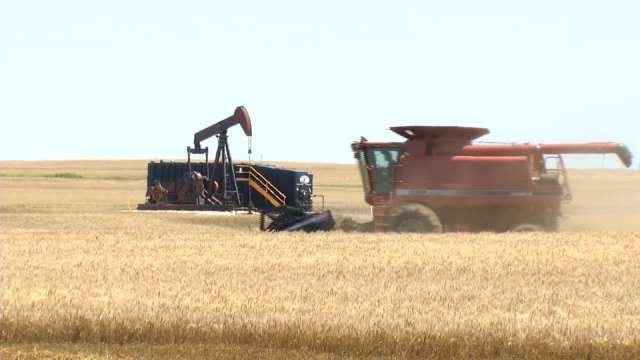 Hard red winter wheat exports are flowing again from Oklahoma, Kansas and other central states to the battered Gulf coast for shipment overseas.

Industry experts say grain export facilities suffered little damage from Hurricane Harvey, but the railroad tracks that move wheat were more damaged by the storm. Most lines have since been inspected and repaired.

Jay O'Neil is an agricultural economist for the International Grains Program at Kansas State University. He says the storm caused about a four-day stoppage, depending on the port.

Hurricane Harvey was more of a disruption than Hurricane Irma for grain exports because the U.S. loads its exported wheat out of the Texas coast and New Orleans.

The Texas facilities load onto ships the wheat that comes by rail cars from Kansas, Nebraska, Oklahoma and Texas.