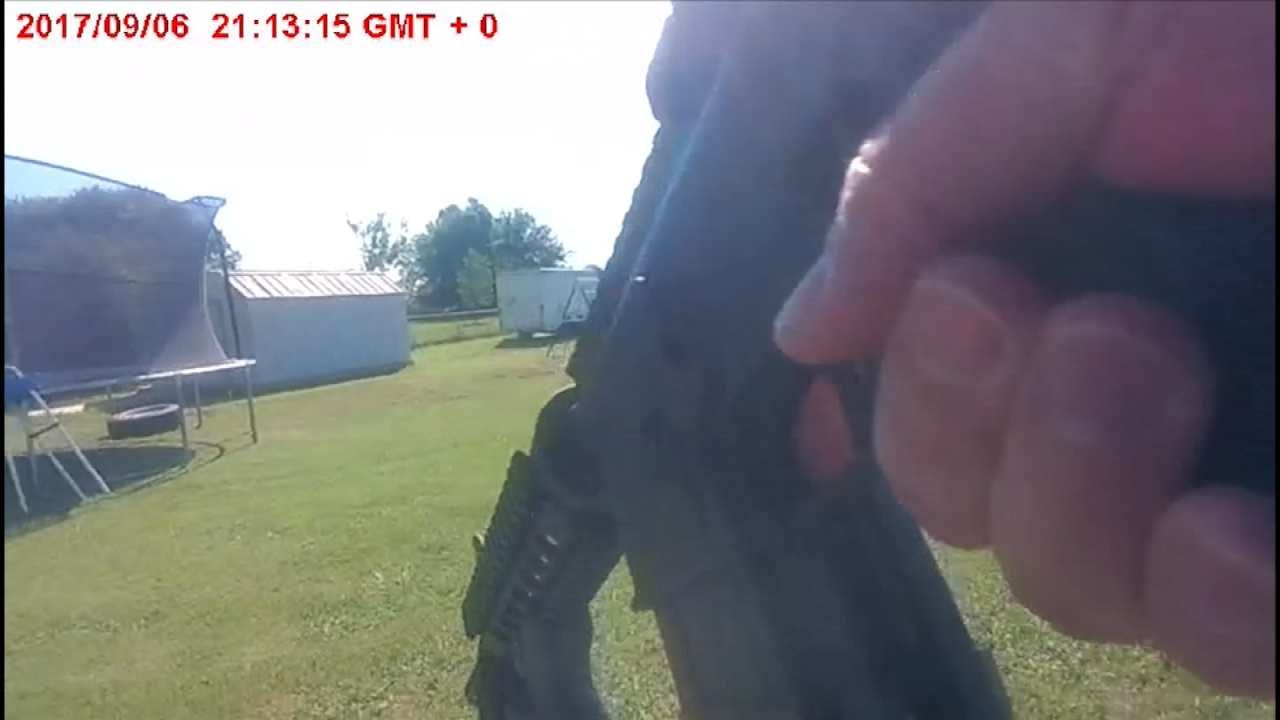 NewsOn6 has an exclusive look at some of the body camera footage from an Owasso standoff with a woman who was firing a gun in her backyard.

Officers took her into custody for a mental health evaluation.

About 20 officer body cameras were activated that day.

The department hasn't gone through them all yet but did send the footage from Officers Keith Hibbert and Kevyn Gray, to give us an insider's view of what it's like to respond to a call where a person could hurt themselves, their neighbors, or officers.

Officers' first priority is to get where they can see the woman and what she was doing. They could hear her firing.

They warn people to stay inside and even called NewsOn6 to let Osage Skynews 6 HD pilot Will Kavanagh know not to fly overhead since she fired shots into the air.

When Will first went to the scene, he only knew it was a standoff, he didn't know someone was shooting into the sky.

Once they saw her, they kept others advised of what she was doing moment by moment.

Officers said the woman finally threw the gun into the bushes and they were able to handcuff her.

Police say when a mental health issue becomes a matter of public safety, police want to help the person but must protect those around them. In this case, they say they were able to do both.