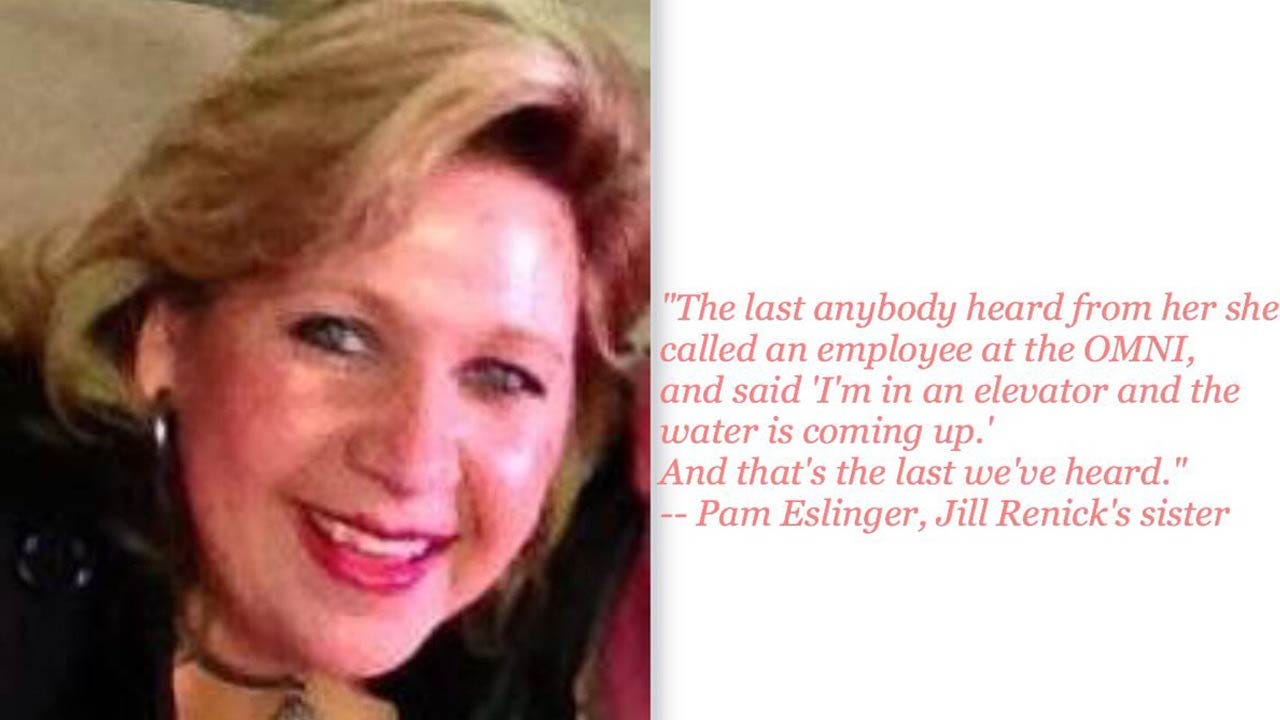 Efforts are underway to find a Tulsa native who is missing in Houston.

Her family is wondering if she could be stuck in a hotel elevator.

Jill Renick is a Memorial High School grad, but she also has connections in central Oklahoma, Dallas and Houston.

She now works at a hotel in Houston and no one has heard from her since Sunday.

In an interview with a family friend that was shared with News On 6, Eslinger explains what she knows about her sister right now.

"The last anybody heard from her she called an employee at the OMNI and said, 'I'm in an elevator and the water is coming up. And that's the last we've heard,” she said.

Renick is the Spa Director at the OMNI hotel in Houston.

Her sister says she volunteered to work over the weekend and was the only employee who didn't show up to an evacuation meeting on Sunday.

"They didn't find her anywhere in the hotel and they feared the worst,” said Eslinger.

"There's not much I can do from here except get the prayer chain going,” said Carol Bush.

Tulsa state representative Carol Bush worked with Renick years ago in a coalition to improve the health of Oklahomans, designing the program "Get Tulsa Trekin on Route 66."

"We'd laugh and giggle our way across the state,” Bush recalled. “It's what we did. we laughed at ourselves more than anything."

She's just one friend of many Renick has all over the country who are sharing their thoughts and prayers on Facebook.

"It's amazing how one life can touch so many others,” said Bush.

And Eslinger already knows the first thing she'll say to her sister when she's rescued: “I love you. Absolutely, I love you."

Family friends made a GoFundMe page to help pay for rescue efforts.