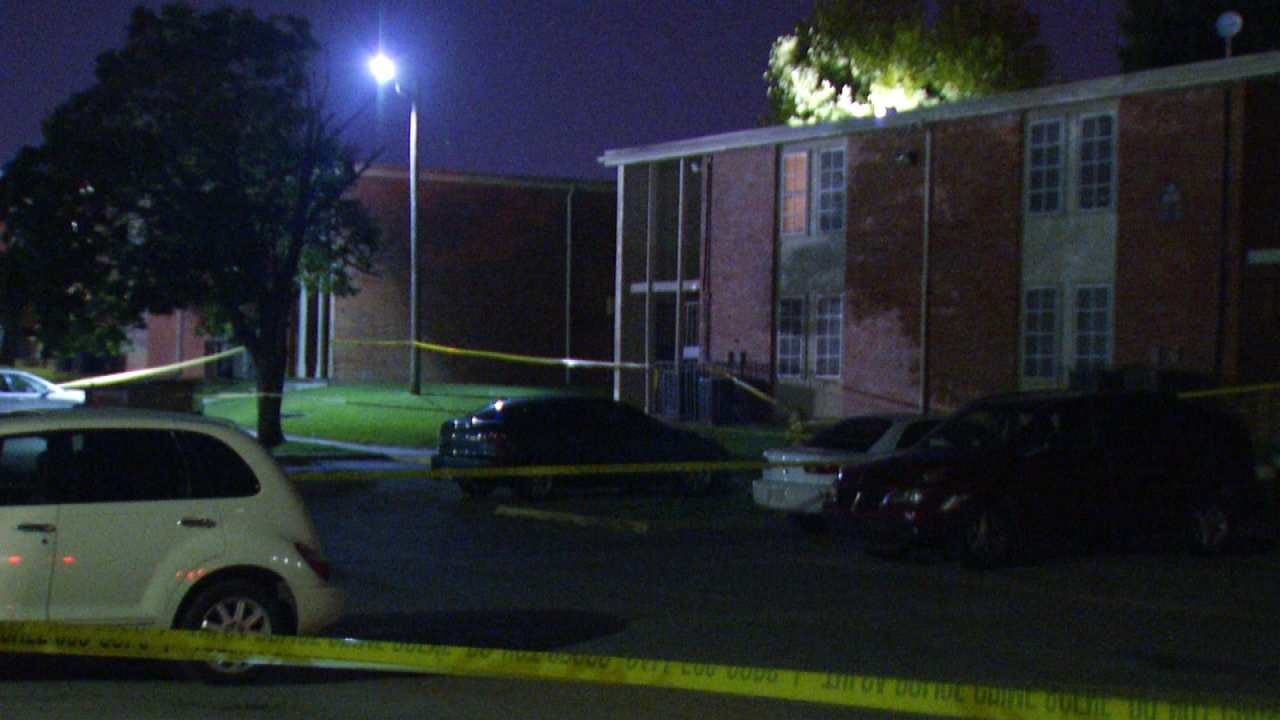 Tulsa Police said someone shot a woman in both legs at the Towne Square Apartments near Apache and Peoria Thursday night.

Now, police said they're searching for a second shooting victim.

When Tulsa police arrived and went inside the apartment where it happened, they found a woman who had been shot in both legs.

Officers said the shooting happened during a confrontation that occurred outside her apartment.

The woman was taken to the hospital and is expected to survive.

Witnesses told police that a man left the scene in a white Crown Victoria.

That car was found around midnight in the apartment's parking lot, crashed into a tree near the front entrance.

Witnesses said they saw the man run away on foot after the crash, but officers haven't found him yet.

Police also said that another man was shot during the incident.

Officers said they followed a blood trail near the scene, but lost it in the grass.

Police are still trying to locate him and the suspect. No arrests have been made.