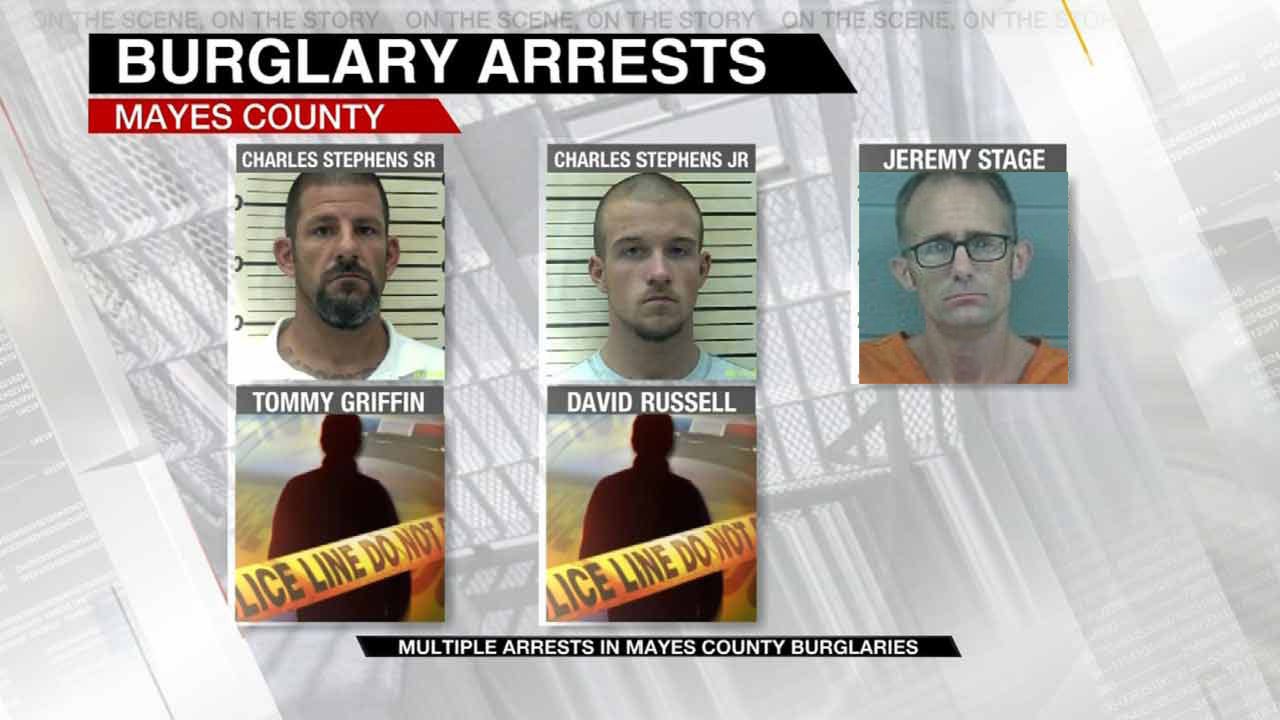 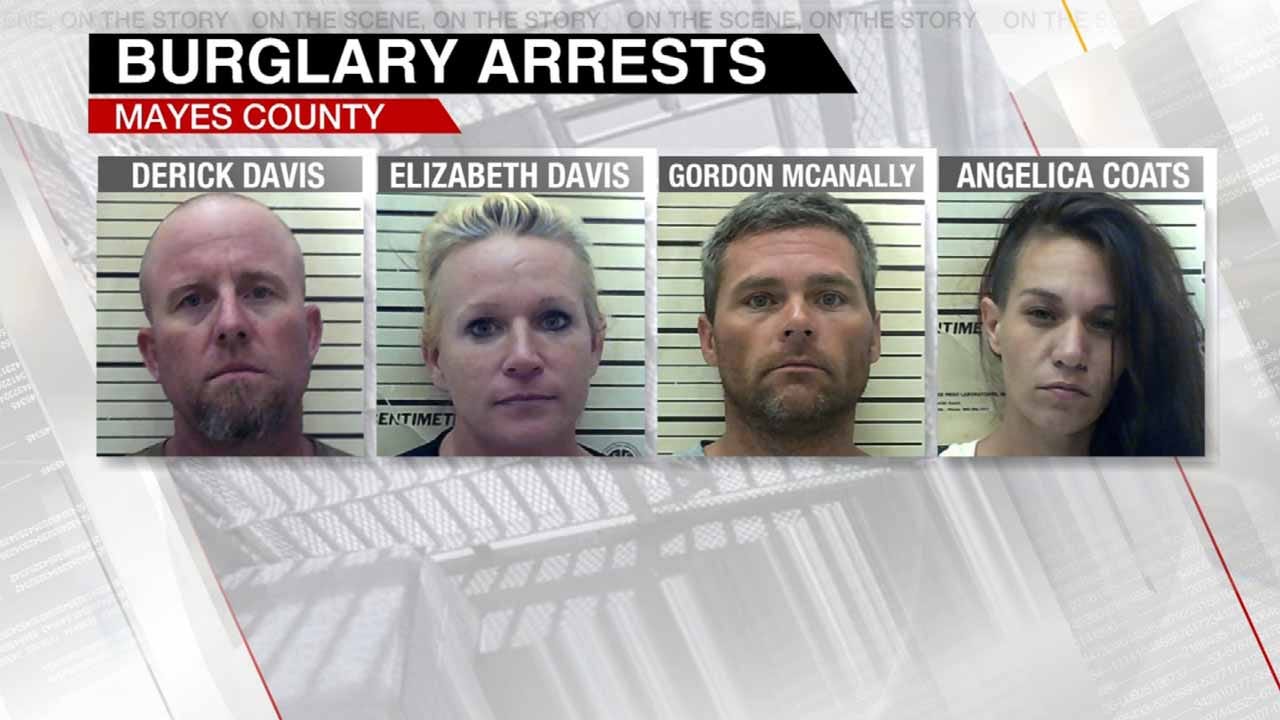 Deputies said the men are two of at least nine people arrested so far in a multi-county burglary ring.

"One of the people that we arrested is a confirmed member of the Universal Aryan Brotherhood, and the others are loosely associated with the Irish mob gangsters," said Mayes County Investigator Tom Nave.

In Mayes County alone, deputies said they recovered more than $300,000 worth of stolen property and they are still going through the loot.

"This is an example of what can be achieved collectively. There is so many different agencies involved in this, and it wouldn't have turned out the way it did without everybody's cooperation and assistance," Nave said.

Mayes County Sheriff Mike Reed said, "The dedication they have put into it shows their heart, and how much they believe in this job. Just saying you are proud of them doesn't even scratch the surface."

But along with pride comes a sense of frustration because some of those arrested in Mayes County are already out on bond and back on the streets.

"It is extremely disheartening for me to watch my officers put in so much time, so much effort, and while they are still going through the stolen property, these people bond out on a little bond and they are on their way home," Reed said.

If you live in one of the six counties involved and have had anything stolen in the last few months, call the Mayes County Sheriff's Office at 918-825-3535.

We reached out to Judge Rebecca Gore, who set the bond for the suspects, but have not heard back.