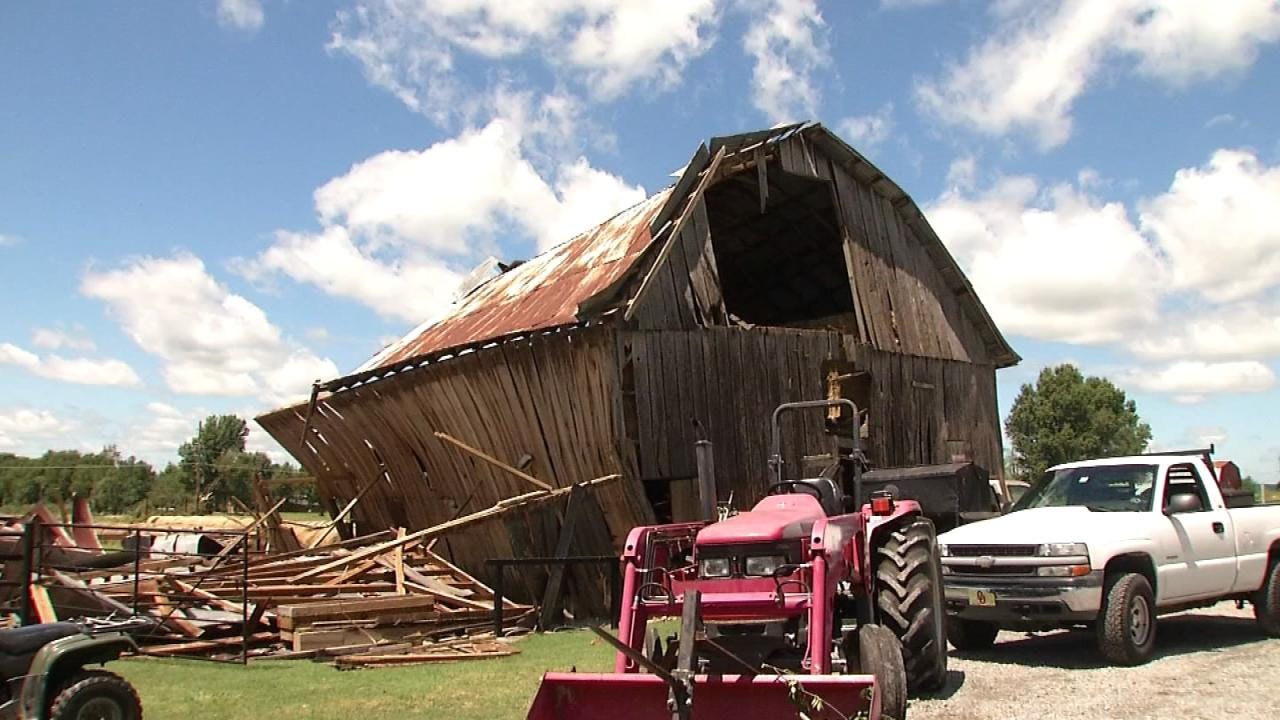 A second round of rare August weather targets Green Country.

Homeowners in Mayes County are cleaning up after a strong storm left behind damage and debris, and one couple lost a sentimental piece of property.

Lyndsey and Chad Scott got married at a Mayes County barn, and the damage can most likely be repaired.

But, on the other side of the property is another barn, even more special to them, that is destroyed.

There's something about a rustic country barn that makes you wish those old wood planks could talk. But, since they can't, Chad and Lyndsey will tell the most recent stories.

Chad took his senior pictures at the barn and they bought the property from his grandpa years ago.

"I was like "oh my gosh, that barn is so pretty,'" Lyndsey said.

But for the past four years, the old barn has been a backdrop for the Scotts' love story.

"He whistled and he was up in the loft and he had made a sign that said "Lyndsey will you marry me" and he came down got on one knee and proposed," she said.

Not long after, they were married, the barn a centerpiece for their wedding pictures.

Today, it's still standing but just barely after being hit by a late night Oklahoma storm.

"This barn just had a lot of sentimental value now, and it's gonna be gone," she said.

Their land is littered with twisted metal and uprooted trees, and what's left of the barn will eventually be torn down. But, its story lives on.

Through memories and pictures, the Scotts can't wait to share with their little girl.

"That's nice to have because then we'll be able show her one day and tell her about it," Lyndsey said.

The barn didn't just serve a place for pictures and proposals. It was a working barn with hay in the loft and horses that used the stalls below. The horses weren't inside the barn at the time of the storm and they weren't hurt.

Chad said the barn is the only thing on his property that wasn't insured.

He said he is going to save all the wood to use for future projects.