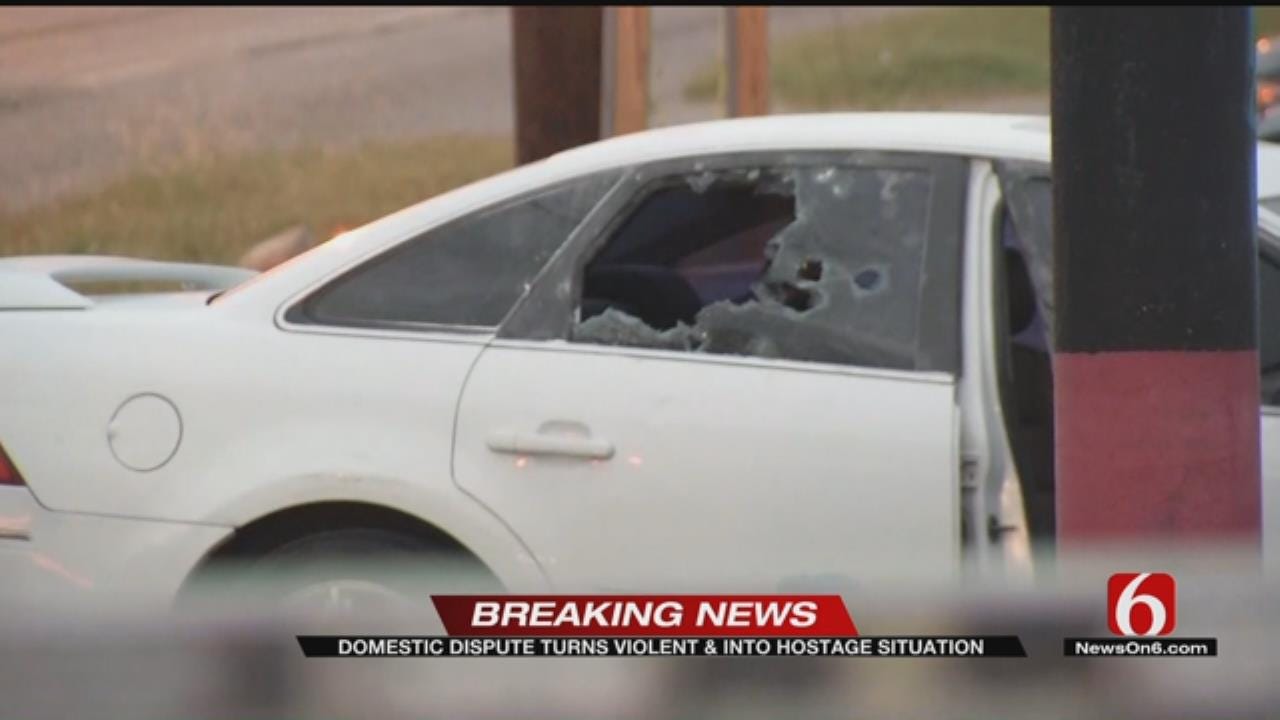 A domestic dispute turned into a hostage situation near Pine and Yale Tuesday night.

Tulsa police said the situation was a perfect example of why police deescalation works.

A couple had broken up earlier in the day and were going to meet to exchange belongings, police said.

The two victims were mother and daughter, and when they drove up to a shopping center to meet up with the suspect, he became violent, police said.

One of the victims has a protective order against the suspect, Thomas "Tommy" Stout.

Stout kicked the daughter out of the car, climbed inside, and kept the mother — his ex — inside with him, police said.

That daughter is the one who ran to the nearest gas station to call for help.

When police showed up the mother had escaped from the car, and Stout was still inside.

Police said they asked Stout multiple times to get out of the car with his hands above his head, but he refused.

So they moved in and used less-than-lethal means to break the glass in the car and shot pepper balls into the vehicle until the suspect came out of the car.

The women said they are extremely shaken but thankful to be alive.

"I was really scared. I thought ... this was going to be the last day I lived," one said.

Stout was arrested for complaints of kidnapping and violating of a protective order.