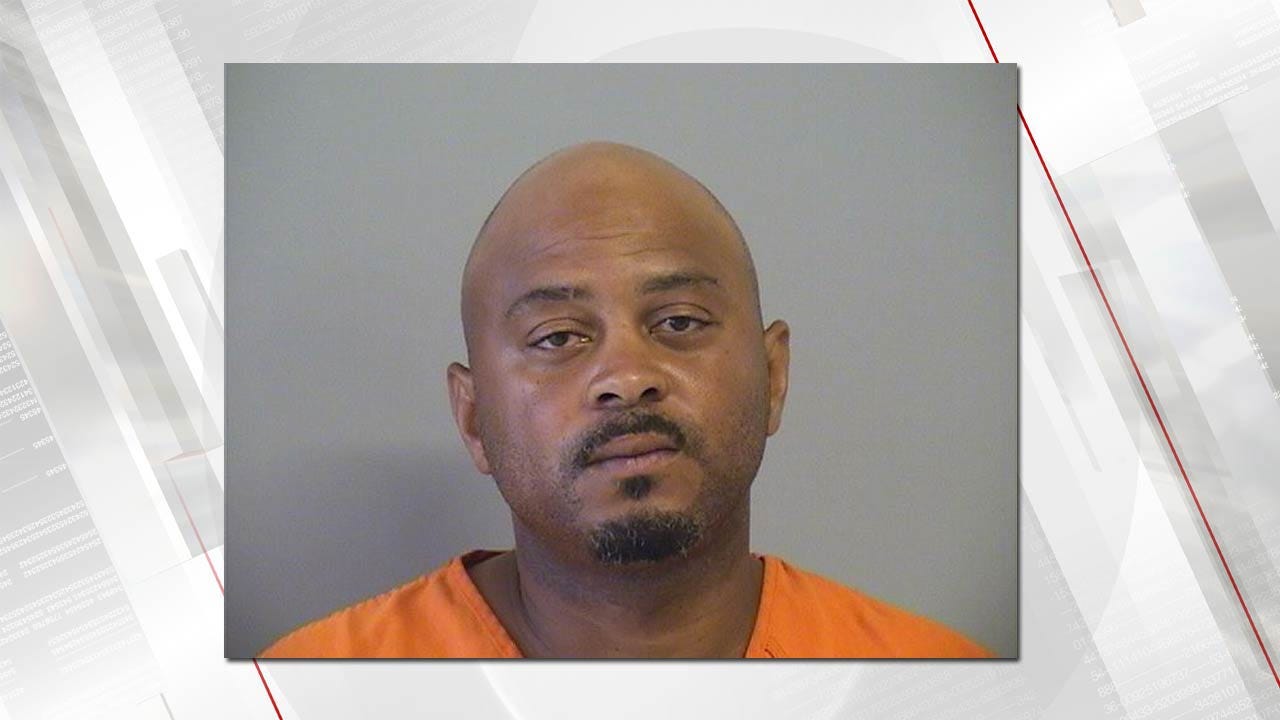 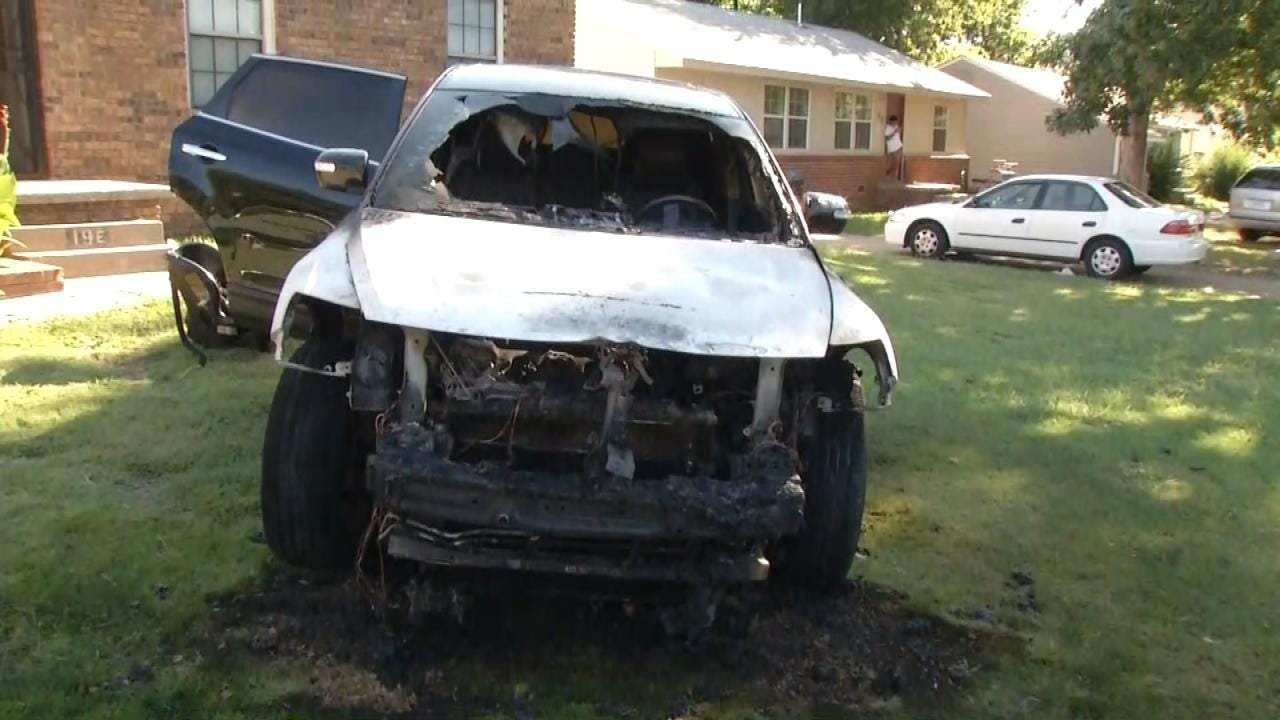 A man is in jail after Tulsa police say he set his child’s mother’s car on fire and then fired multiple shots into her home.

Police say they were dispatched to a residence near 46th Street North and Martin Luther King Jr. Boulevard to assist the fire department with a car fire, but while on the way, officers were notified the call had upgraded to shots fired.

Upon arrival, the fire department was putting out a fully engulfed car fire in the front yard of the home police say. They say they then located the victim.

That’s when she told officers that her child’s father, Larry Hutton, was responsible for setting her car on fire and firing five to six shots through her bedroom window before fleeing in his purple Dodge Intrepid.

Officers say they located several shell casings near the bedroom window and bullet holes in the residence.

Police say in addition to locating evidence, they spoke with a witness that saw Hutton setting the car on fire.

The victim noted that Hutton was upset with her because she wouldn’t allow him visitation with their three-year-old child and that he threatened violence and to blow up her car in text messages.

Officers later found Hutton and took him into custody.

The victim told News On 6 she's thankful he's in jail and that she's ready to move on from the ordeal.

Hutton was charged with third-degree arson, shooting into occupied dwelling, transporting an open container and possession of marijuana.