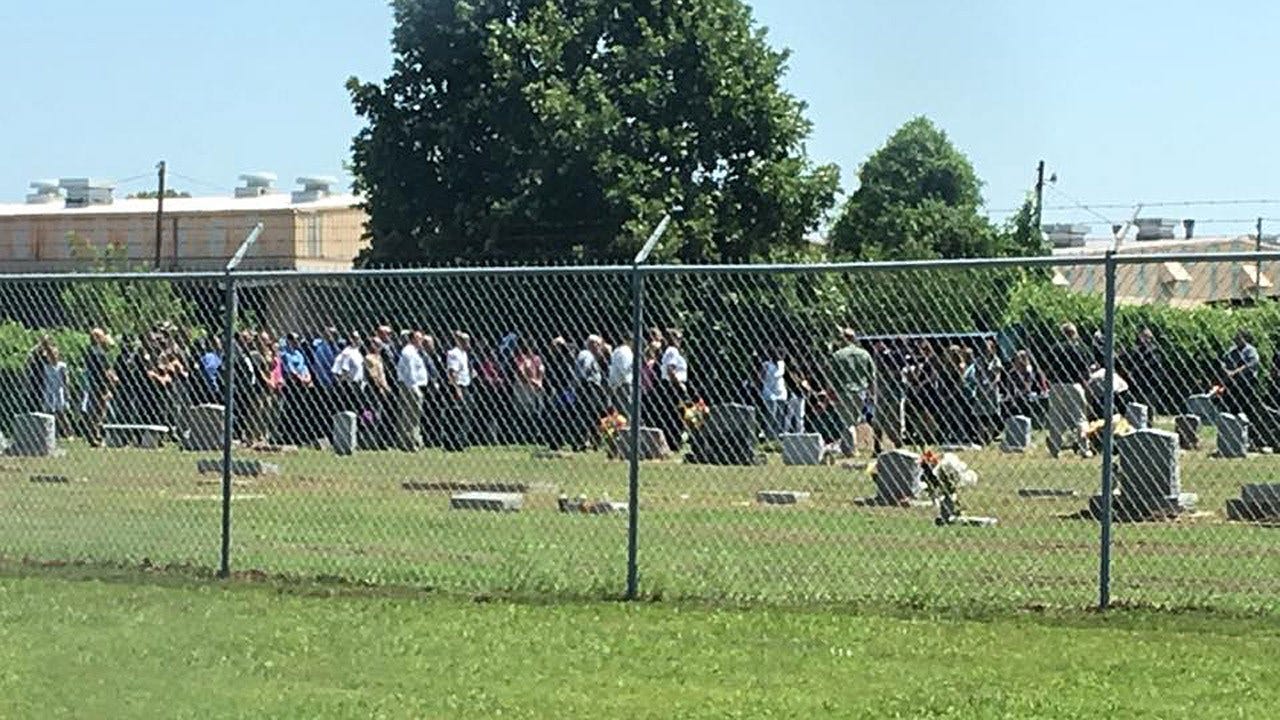 The Muskogee County District Attorney called on multiple agencies and the community Thursday to participate in a funeral for a baby boy who was born in May at a Muskogee hospital but did not survive.

"Baby Boy Taylor," as he's been called, died May 30, 2017, and following his autopsy, the Medical Examiner had no point of contact for the baby, DA Orvil Loge wrote in a letter to Muskogee agencies.

Muskogee County was then notified by the M.E.'s office to pick up 'Baby Boy Taylor.'

Loge invited all emergency vehicles including fire departments, EMSA and all law enforcement to provide a funeral escort for the baby boy from Cornerstone Funeral Home to Greenhill Cemetery.

In the letter, Loge said the emergency responders received the notice because of their service and because their agencies come, "into contact with child abuse victims."

Muskogee County Commission Ken Doke wrote on his Facebook page about the procession and service:

"There may not have been anyone to claim, receive, or love this baby when he was born, but he was certainly loved today. I could barely hold back the tears when we had to shut down York Street while 4 lanes of traffic poured out of Cornerstone Funeral home and proceeded to Greenhill Cemetery. Dozens of emergency vehicles with lights and sirens lit up the streets and led the way to one of the most glorious send-off's you could imagine."

The Muskogee County District Attorney called on multiple agencies Thursday to participate in a funeral for a baby boy who was born in May at a Muskogee hospital but did not survive.