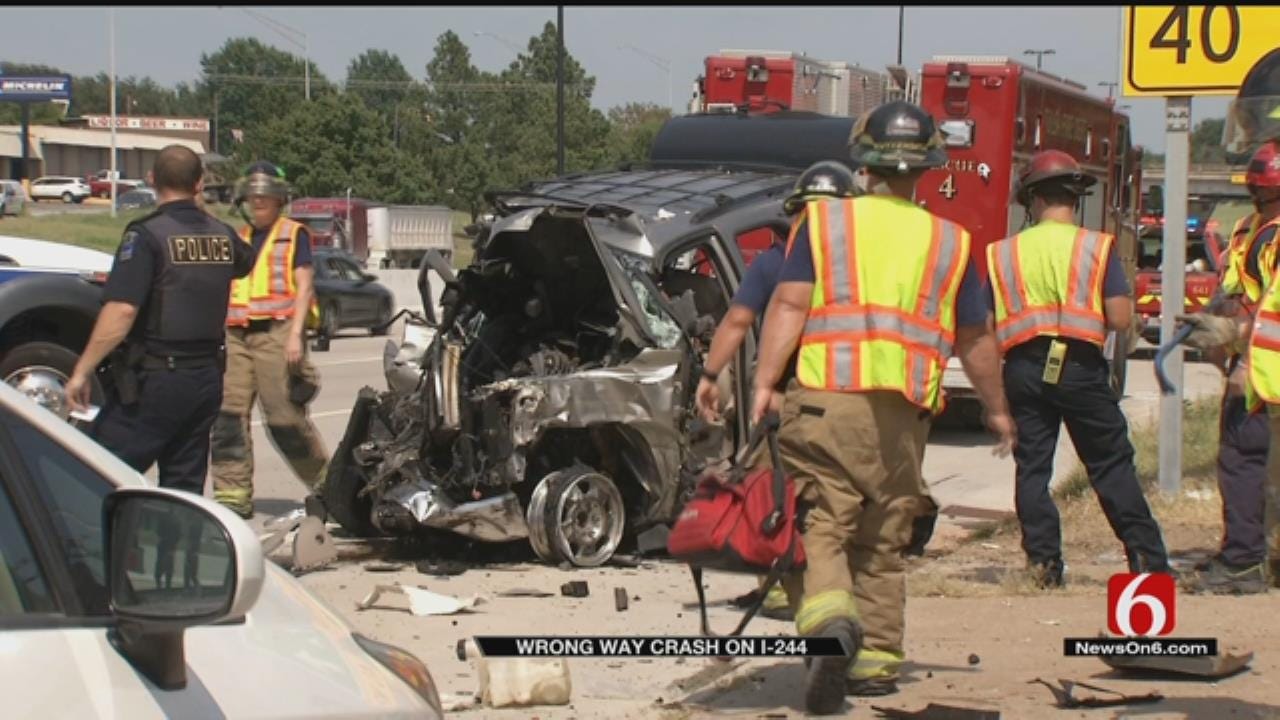 The Oklahoma Highway Patrol said the man who caused several crashes by driving the wrong way on Tulsa highways Tuesday afternoon has died.

A witness told News On 6 Williamson was driving around 55 miles per hour when he hit the semi. Another witness said the semi driver drove off the side of the road trying to avoid Williamson's SUV and likely prevented other injuries with that action.

Both drivers were hospitalized. The semi truck driver, identified by the OHP as 63-year-old Randy Nicholson, was taken to a Tulsa hospital with multiple injuries, and he's listed as critical.

"I couldn't believe what this guy was doing, he was weaving in and out of cars and trucks," said Jacob Riddle, witness.

OHP Trooper Jeff Fairres said the driver caused two wrecks on I-244 before slamming into the XPO Logistics truck just west of Utica. Williamson was driving erratically on Highway 11 causing some minor wrecks while headed to the interstate.

Troopers continue to investigate the collision and the condition of the drivers prior to the crash is also under investigation.