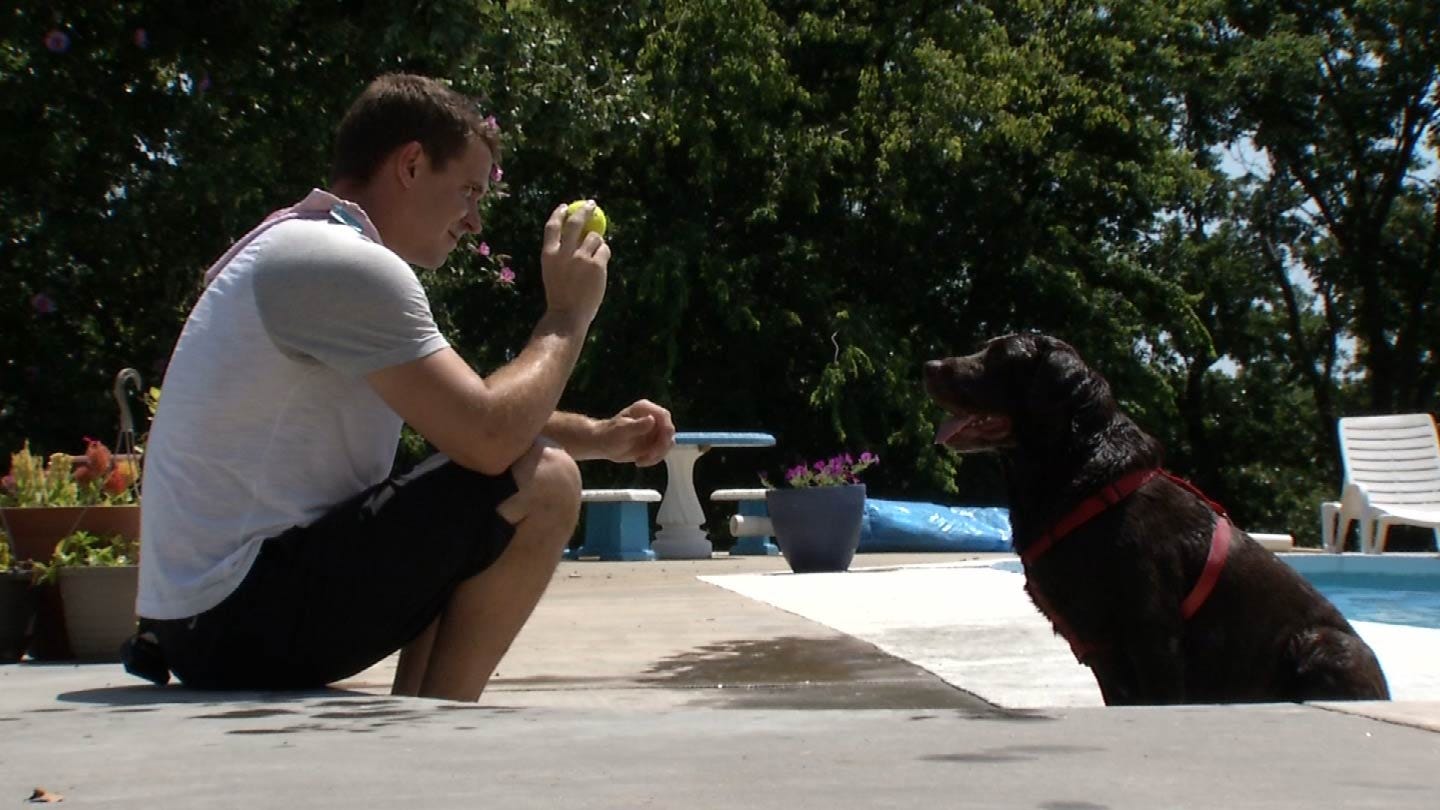 It's the moment Grant Krotzer thought would never come.

He and his chocolate lab, Mousse, reunited after nearly three years, and it's clear the two picked up right where they left off.

Mousse and his best dog buddy, Cowboy, a yellow lab, disappeared in October of 2014 from his parent's house.

He and his mom, Kay Lynn Krotzer, searched for the dogs for months.

“Driving all over Pawnee County and Osage County calling their names,” Kay Lynn stated. “Posted it on Facebook, called all the shelters in a three-county area.

The family's not sure what happened to Mousse three years ago; they think he took off somewhere in the woods. And of course, at the time, they had the worst-case scenario in their minds.

“I thought some coyotes got them and killed them both or some hunters shot them,” Kay Lynn recalled. “It took me a long time to get over that.

Grant's thought was: “He's long gone or in the woods dead.”

Then, the phone rang Thursday afternoon. Mousse had been found in Tulsa.

“Just overwhelmed,” Grant stated. “I kind of got teary-eyed.”

“Really more of a shock value,” he said. “There's no way. This can't be, especially in Tulsa.”

And then it was time to surprise his mom.

“I looked down and saw him and I said, 'Is that Mousse?" He said, 'Yeah.’ And that's when I just lost it because I could just not believe almost three years later we had our dog back,” said Kay Lynn.

With Mousse’s return, there’s a restored hope that Cowboy will also find his way back. The only problem, he’s not microchipped.

“We just put it off and you should never put it off," Kay Lynn said. "You should have your dogs microchipped."

They're not sure where he's been these past few years, but they're glad he's back and healthy. They say whoever had him took care of him.

“Someone's been feeding him because he's a little overweight and his claws have been trimmed,” Grant said.

That is an answered prayer for the family.

“I would pray that someone had found them and was treating them good,” Kay Lynn said.

But Kay Lynn is certain, no one could treat Mousse as good as her family.