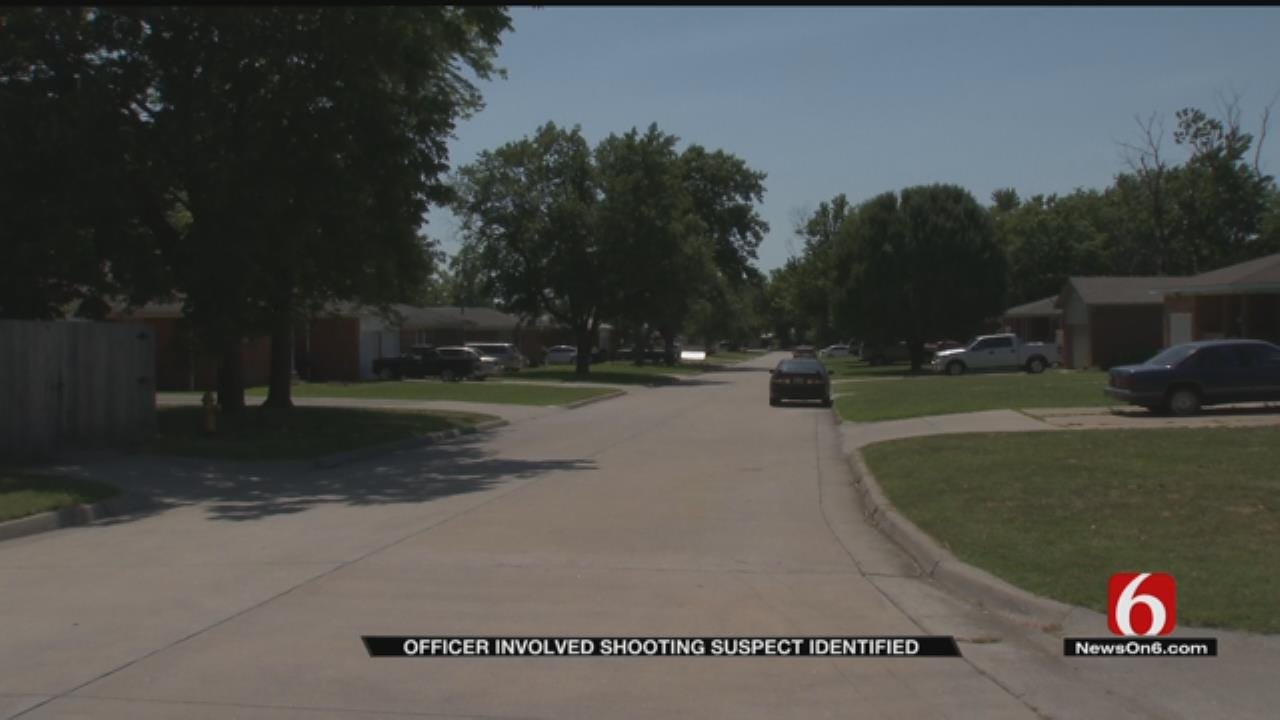 A Tulsa woman watched as police officers shot and killed Jimmy Bevenue outside her home Saturday.

Police said they shot Bevenue after he kicked in the woman's back door with a gun in his hand.

This was not Bevenue's first run-in with police, but it's not clear if police knew who they were facing when they shot him.

But one woman said she's thankful the police were there. A relaxing evening turned scary for the east Tulsa woman who didn't want to show her face when she talked to News On 6.

She said she's still shaken up by what she experienced.

"I was on the phone with my sister and all I could do is scream, 'call the police! Call the police! Somebody is kicking in the door!'" the woman said.

She said she heard commotion outside, but never thought with just two swift kicks to her back door, Bevenue would be locking eyes on her.

And just as fast, it was over.

"I saw the shot hit him in his left shoulder and then he fell back out and they kept shooting."

Police ended up in the neighborhood after spotting a stolen car.

Before police could confront Bevenue about it, he took off with a gun in his hand.

"This happened just a couple of feet from where my son sleeps, is what really brought it home," said a neighbor named Meagan.

Less than a year ago, a woman says she found Bevenue burglarizing her house.

All the way back to 1989 there's more charges ranging from stolen credit cards, drug possession and escaping jail.

Police haven't said if they knew that history before they shot.

"My whole front yard and back yard was crime scene," Meagan said.

But this woman says either way, she's happy the police didn't wait to stop him.

"In this case it, it needed to be done 100 percent. Because he was coming in on me in my house and I'm here by myself and who knows what he could have done," the woman said.

Police say the stolen car is rare, so they were able to spot it easily.

The three officers who shot Bevenue are on routine administrative leave.