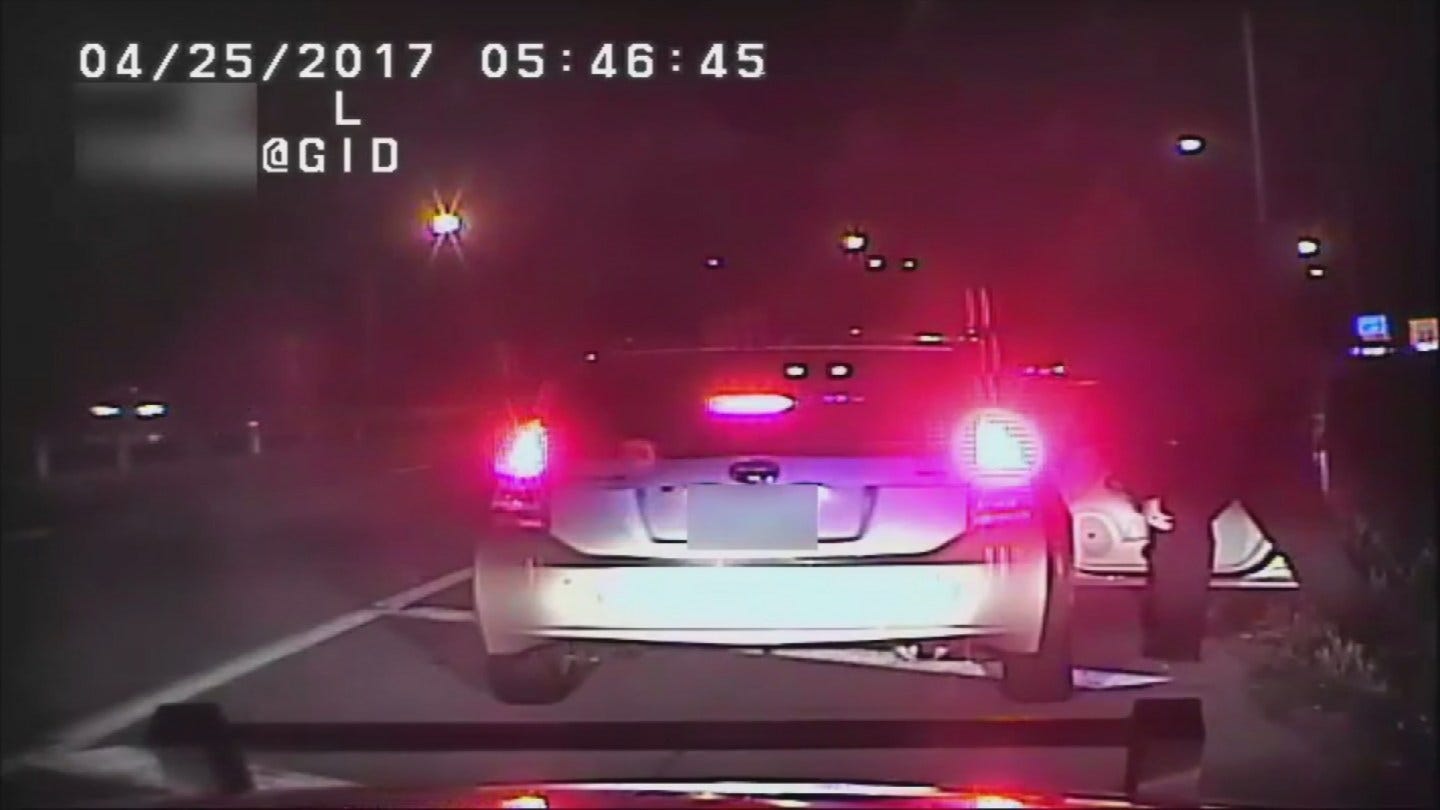 Our partners at The Frontier report a Tulsa Police officer is under investigation after he pointed his gun at a woman during a traffic stop.

Frontier reporters say the 13-minute video shows Officer Gerard Stege pull a woman over for a traffic violation and then knock on her window.

After a few seconds, the officer can be seen drawing his weapon and pointing it at the driver.

When the door opens the driver says she is driving her fiancé's car, and didn't know how to roll down the window.

Because of the investigation, the Tulsa Police Department declined to comment

The Frontier reports Stege was moved to administrative duty while TPD conducts an internal investigation.