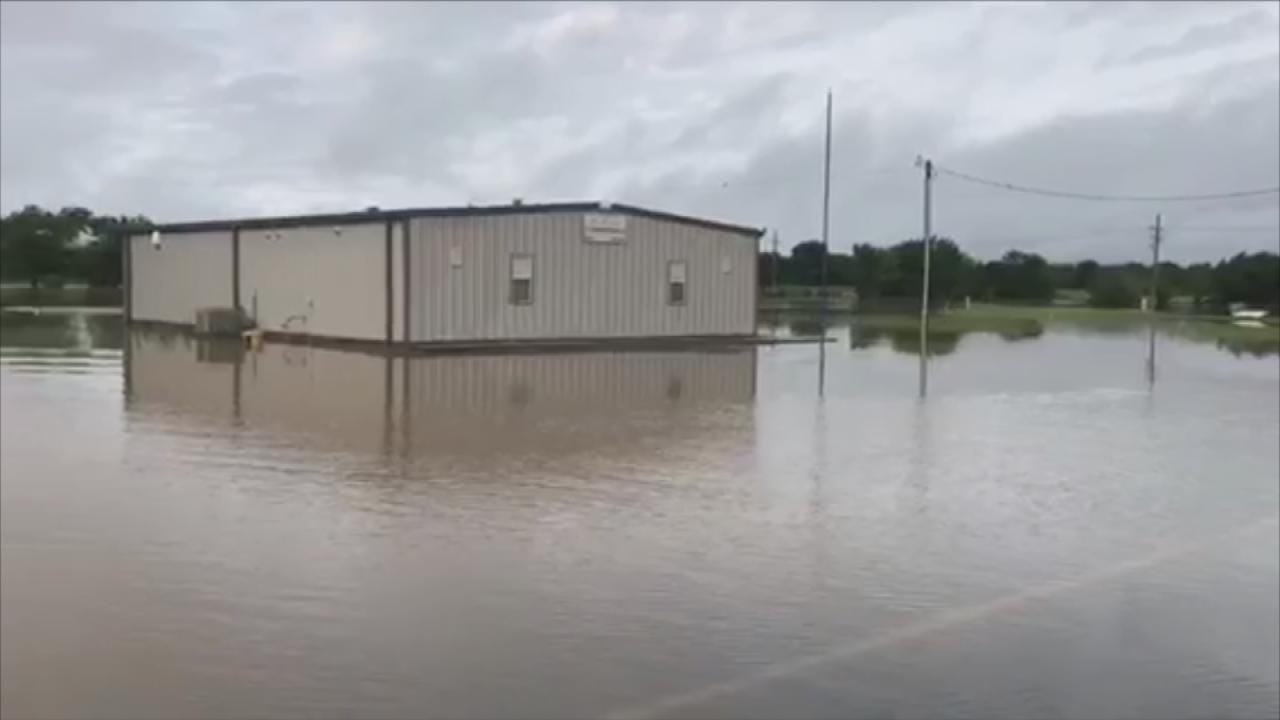 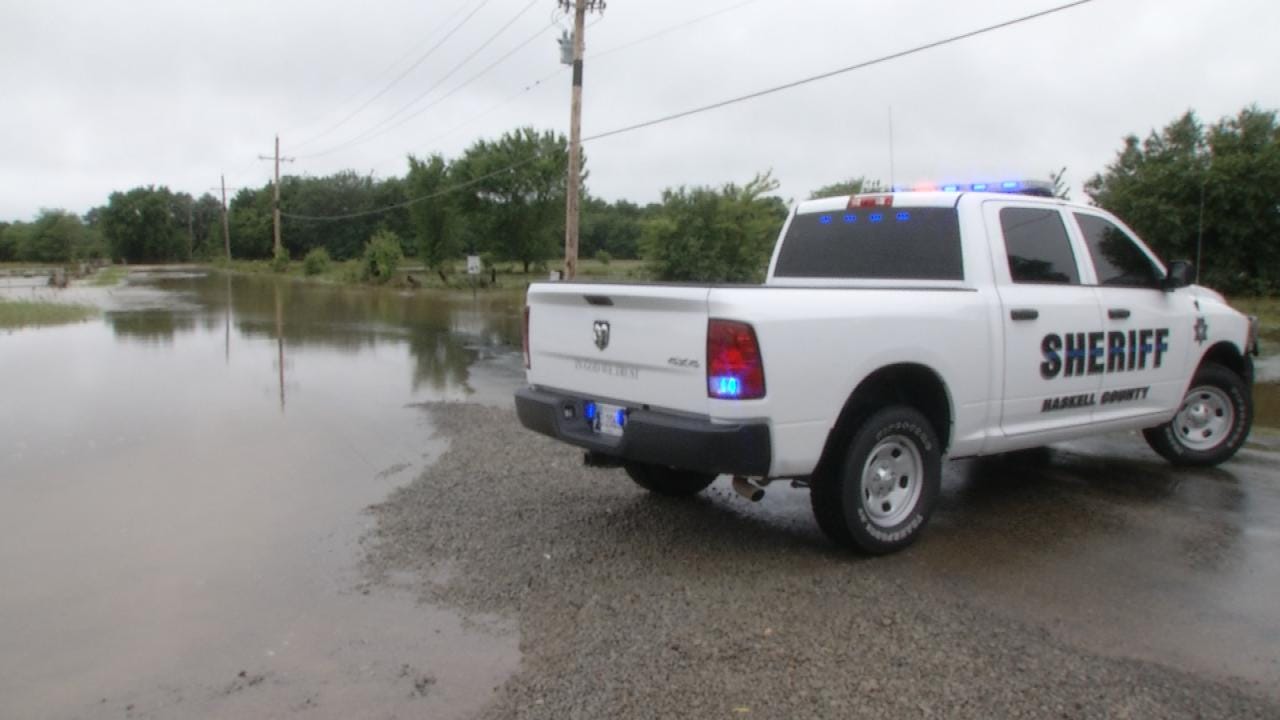 The water is starting to recede in Kinta, as people clean up from the second flood in just a few weeks.

"Nothing for hours, then it just appears from nowhere,” stated Haskell County Emergency Manager Aaron Bailey.

This time it was inches, instead of feet of water.

Dumpsters are full of people's belongings from the last flood, which Josh Lowe is still cleaning up from.

His home is a total loss.

"Any work you've put in to try and cleanup is just pretty much gone to waste,” said Lowe.

Without a convenience store, folks are keeping a close eye on how much fuel they're using. A gas station in Stigler is 20 minutes away.

Everyone goes to Quinton to pick up their mail because the post office is closed.

And without most of the businesses in town, it's leaving many wondering what Kinta's future holds.

But people are also wondering what's causing the flooding. Bailey says the amount of water rising isn't normal for the town.

"We only got about four, four and a half inches of rain here in this immediate area, but for some reason, we have six-eight inches of water standing in downtown Kinta again,” said Bailey. “So, this is something we need to have investigated."

Some people, like Lowe, speculate it could have something to do with recent work on the bridge over Beaver Creek. "I don't know if it's the source of the problem or if it's contributing to it, but it's just really odd that this hasn’t' happened in forever,” said Lowe. “I mean, as far back as my grandparents can remember, they lived here most of their lives, and for that bridge to be redone and this happen in two weeks, it's just hard to grasp the concept and try and figure out what really happened."

"We're definitely gonna talk to ODOT about that and whoever else we need to talk to about looking at what's going on,” added Bailey.

ODOT said it would be happy to look at the bridge.

“Without looking at it, it sounds like a terrible coincidence," said ODOT spokesperson Cody Boyd. "With an intense amount of rain in a short amount of time, it sounds like that would be the cause of the flooding."

Boyd said work was done on the bridge on Highway 10 over Beaver Creek about three or four months ago.

No matter what's causing the floods, everyone's looking for some relief from the rain.

The small business administration is expected to be in Kinta in the next few days to help people get low-interest loans for their homes and businesses.