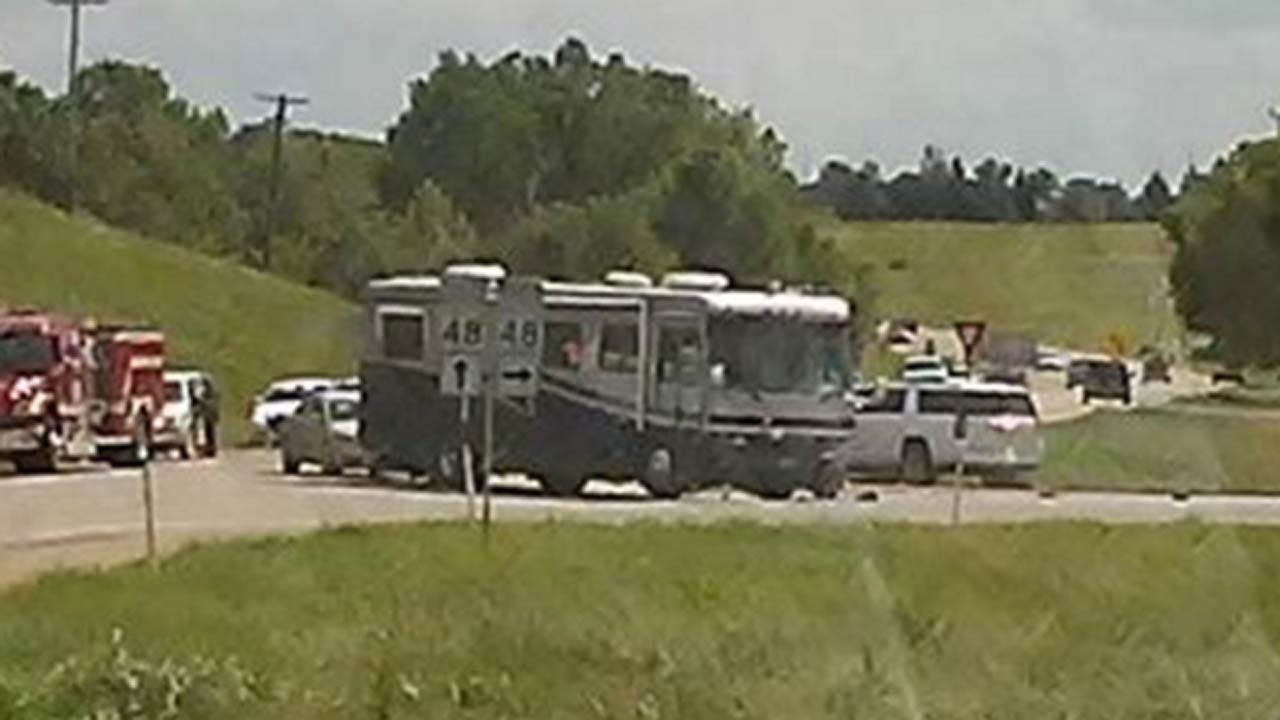 The Oklahoma Highway Patrol says a 73-year-old New Jersey man was killed in a three vehicle collision at the intersection of Highways 66 and 48 in Creek County Friday afternoon.

Troopers said the crash happened at 4 p.m. about three miles north of Bristow.

The OHP report states an RV headed north on Highway 66 turned in front of a southbound 2015 Harley Davidson motorcycle driven by Peter J. Izzo Jr. of Red Bank, New Jersey.  They said Izzo was wearing a helmet at the time.

The OHP says the motorcycle hit the RV, causing its rider to be thrown from the bike and hitting the side of an eastbound 2016 GMC Yukon stopped at the intersection.

The SUV's driver, Lora Thompson, 54, of Collinsville and two children who were passengers in the SUV, were not injured.

Troopers said Roger Greenley and a 77-year-old passenger in the RV were not injured.

The OHP says the cause of the collision which closed parts of the intersection for several hours was failure to yield to oncoming traffic.