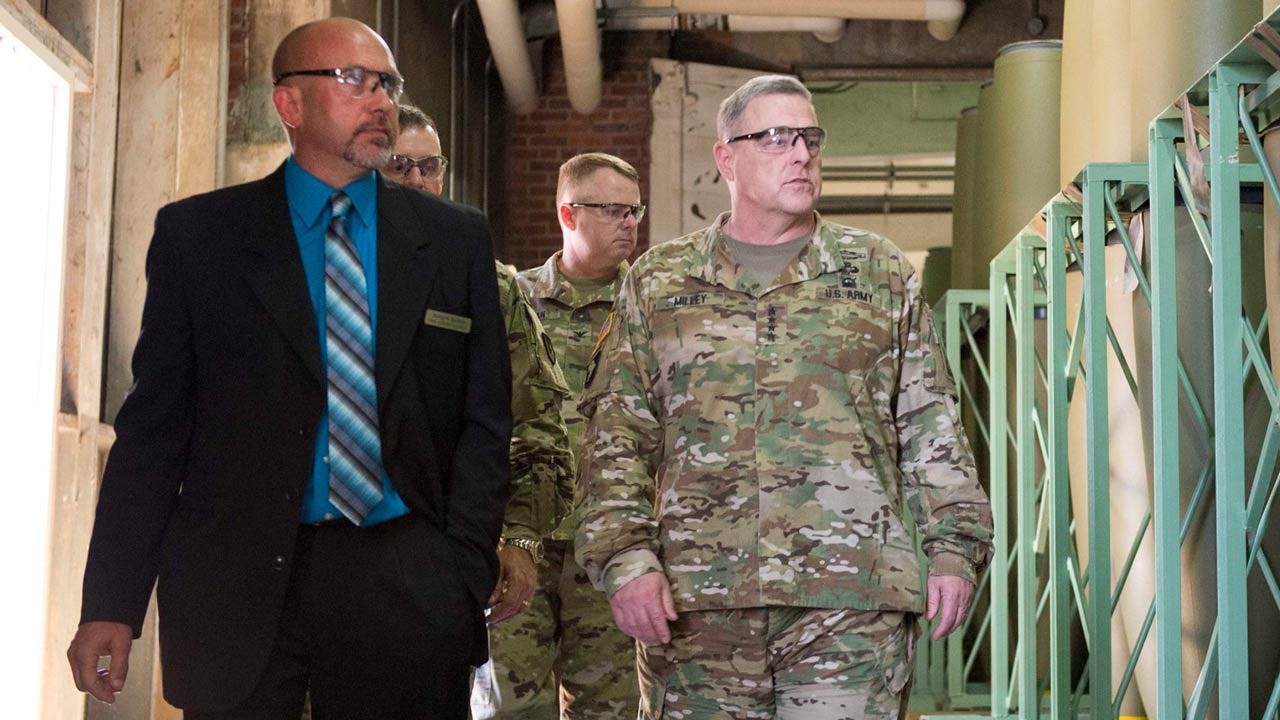 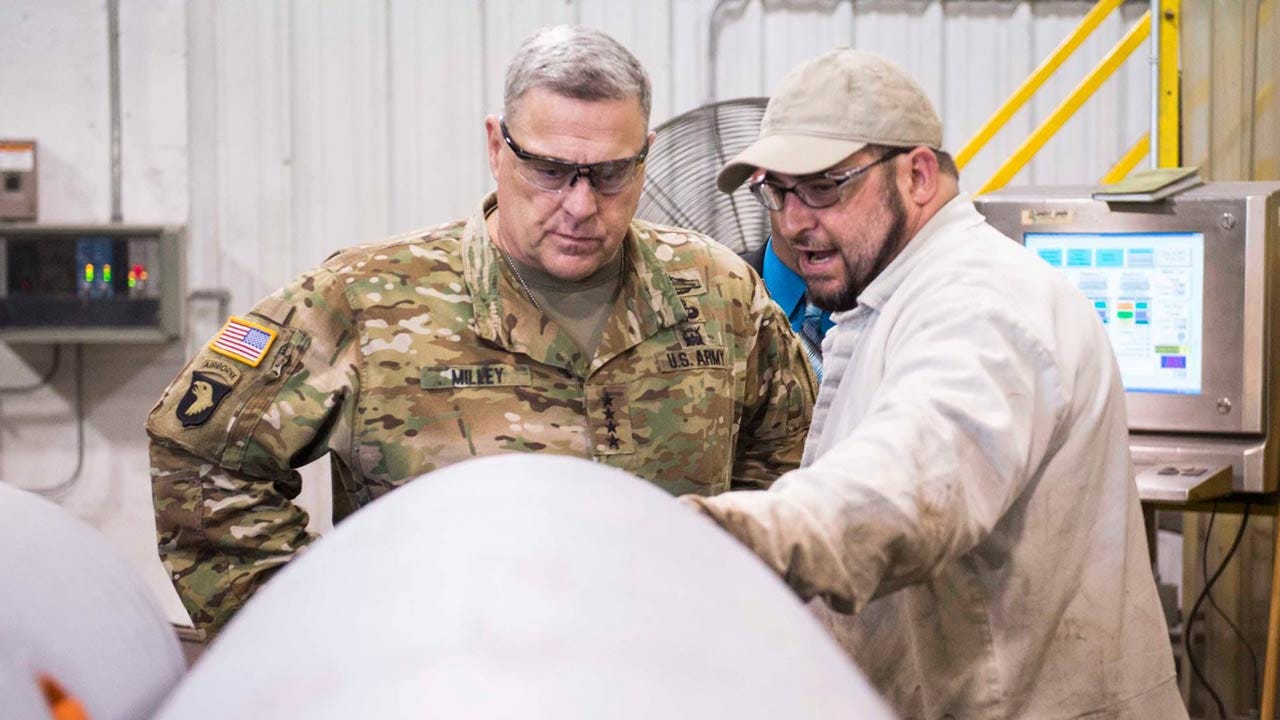 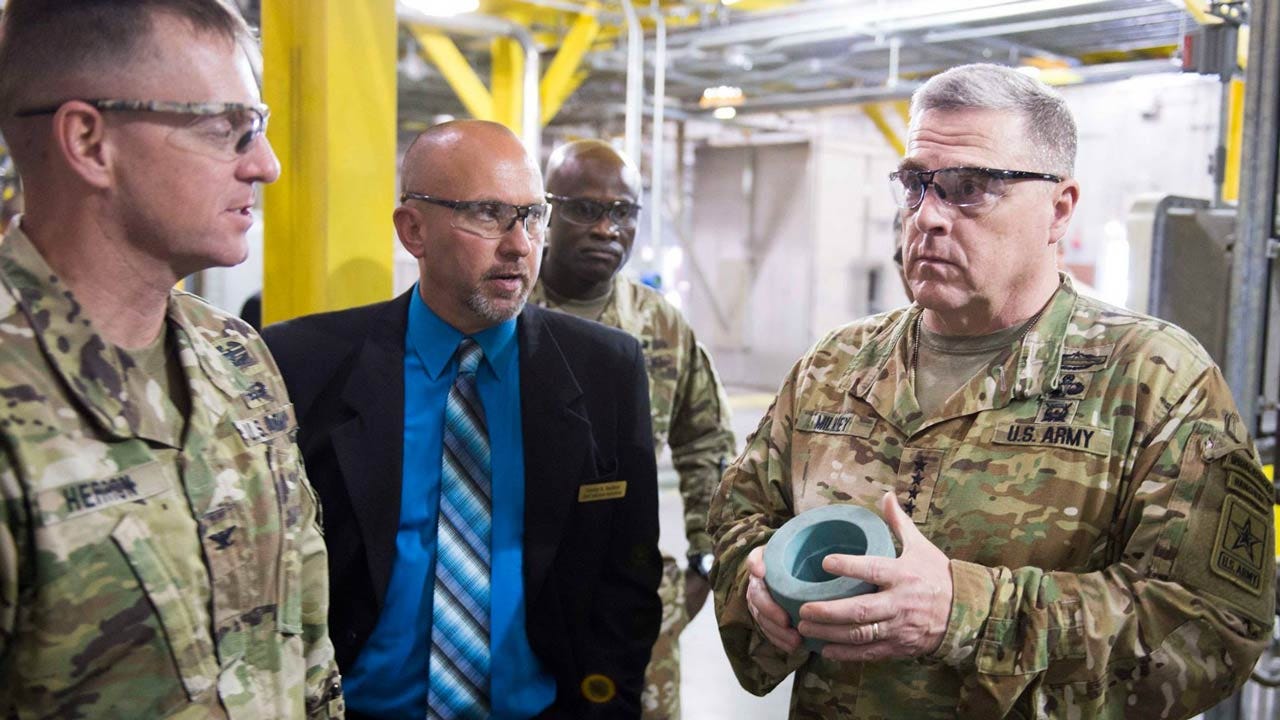 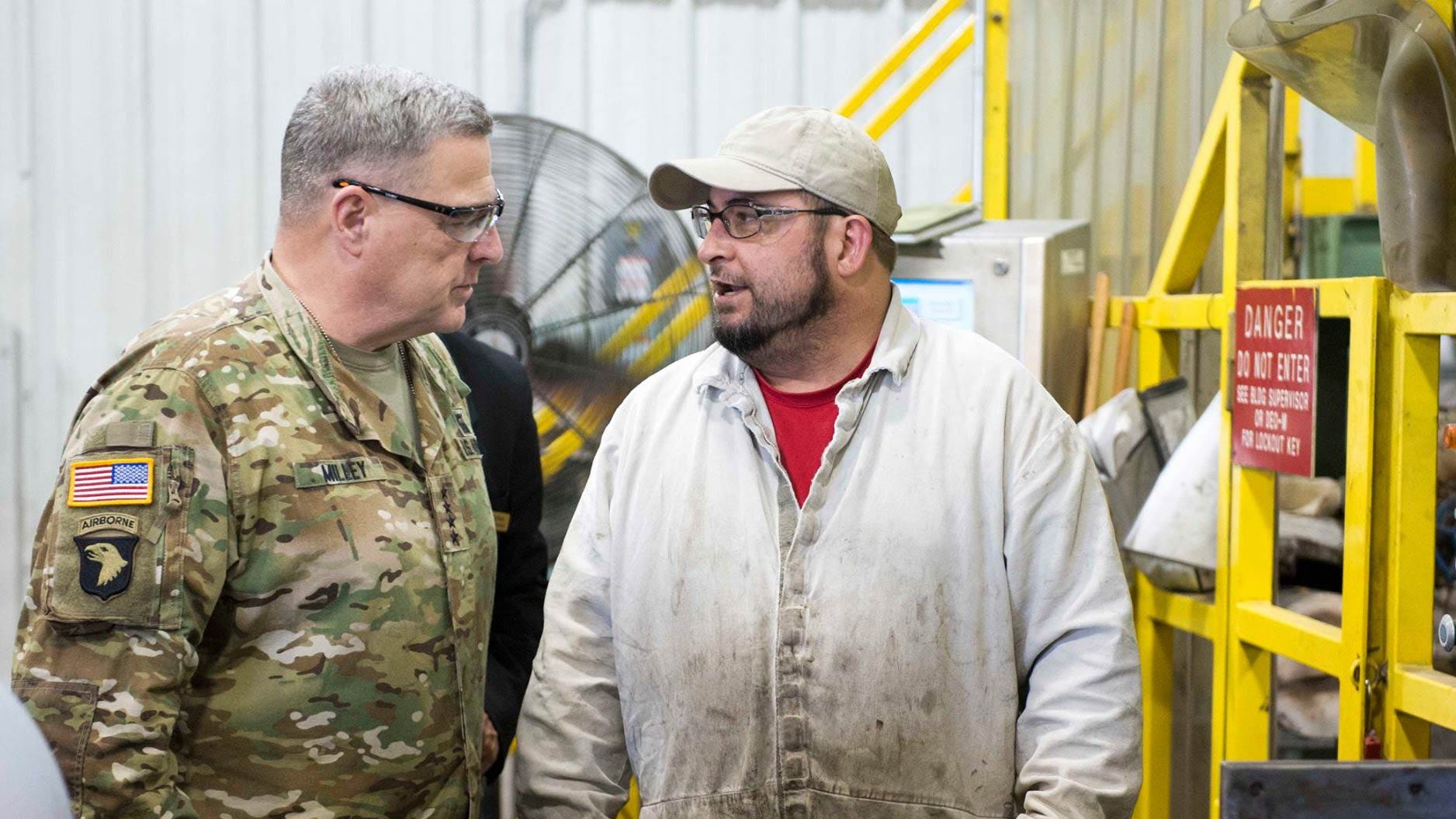 In photos posted on Facebook, General Mark A. Milley was seen visiting with workers and staff as he toured the Pittsburg County facility.

In the post, General Milley said the "plant ensures that the joint force has the right munitions at the right place and the right time, every time."

He also was "impressed with the work they do and the capabilities they provide to our forces in support of combatant command missions."

At one time, the plant manufactured the GBU-43, or M.O.A.B.,nicknamed the "Mother of All Bombs."

In April, the military dropped a M.O.A.B. bomb containing 11 tons of explosives on an ISIS cave complex in Afghanistan’s Nangahar province.

Department of Defense video of where the bomb was dropped.