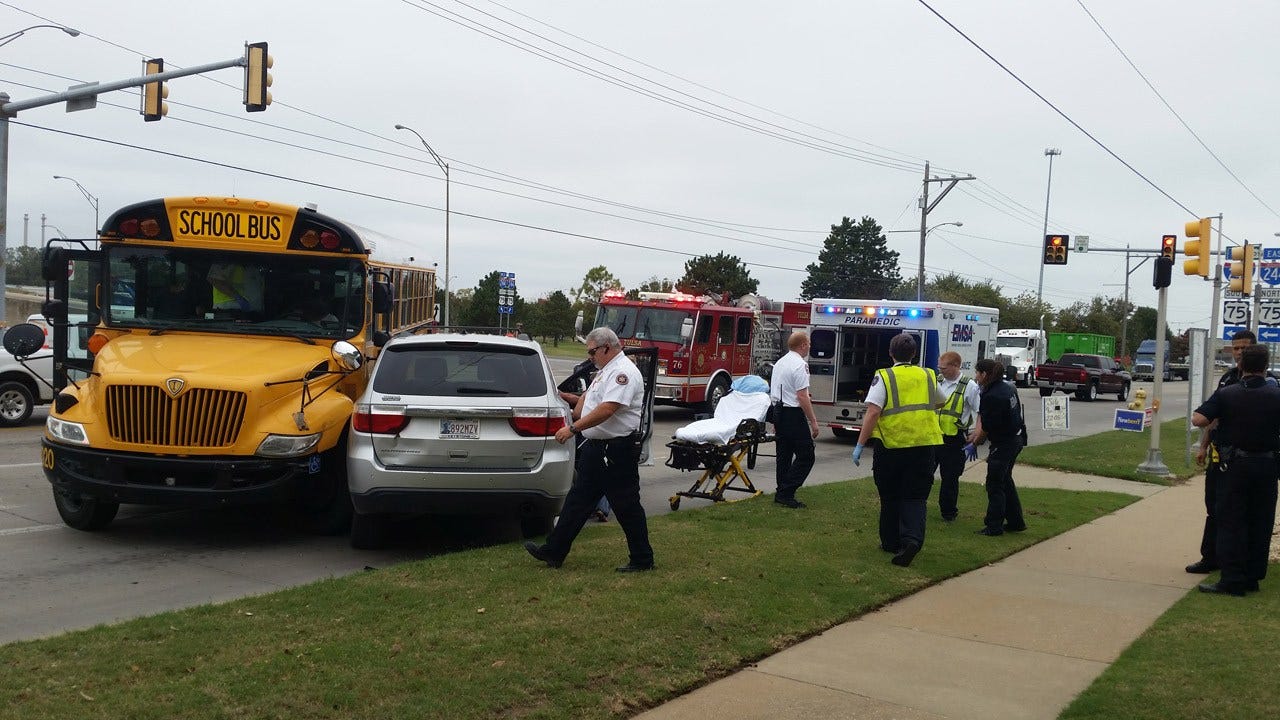 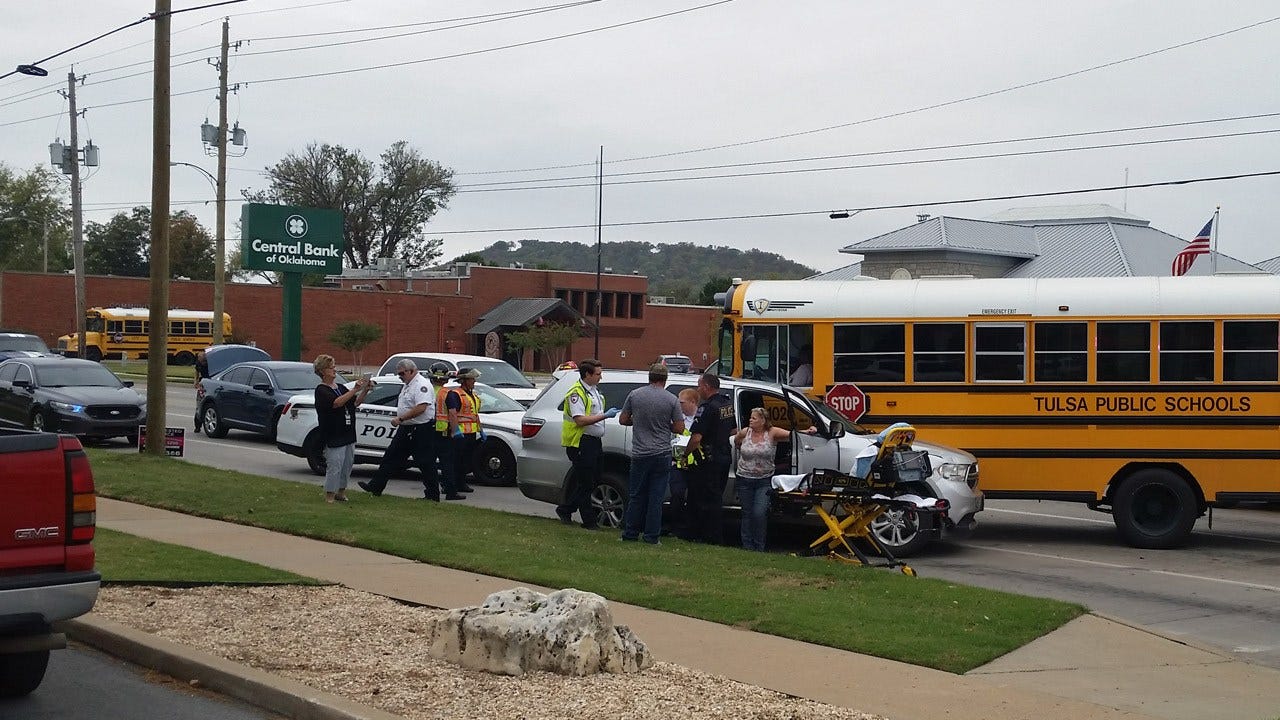 A Tulsa Public Schools' bus crashed into an SUV near West 23rd Street and Southwest Boulevard Thursday morning after the bus driver suffered a medical emergency and veered into oncoming traffic, police said.

Police said the driver was exiting I-244 when she suffered the medical incident.

The bus driver taken to the hospital as a precaution, TPD said.

The passenger in the SUV wasn't injured but had a pre-existing medical condition so she was taken to the hospital as a precaution as well, police said.

Police said there were three children on the bus but none of them were injured, and that TPS sent another bus to transport them to their original destination.

"When I got in here I spoke to the kids and reassured they were going to be ok," said TPD Cpl. Wyeth Paoth. "They relaxed and were confident enough to tell me they were fine and not injured."

The driver of the SUV is uninjured, according to police.

The bus was moved from the scene and the SUV was towed.