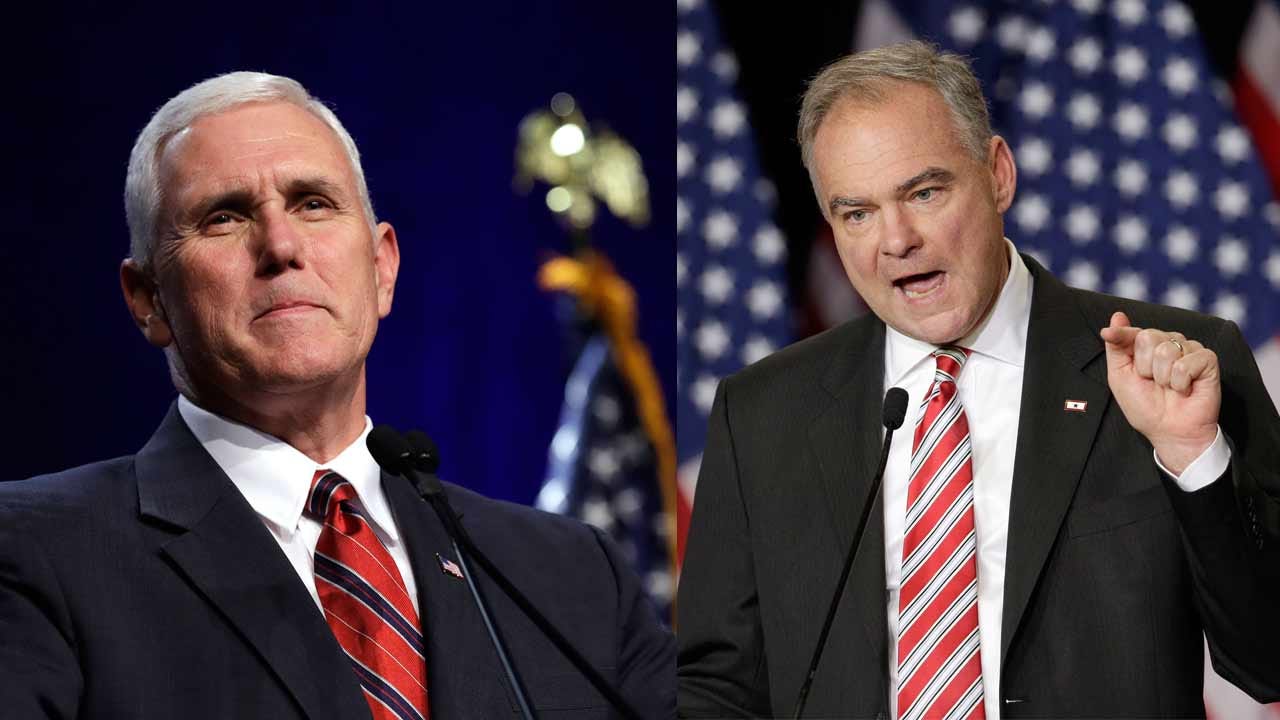 Both candidates have a mission as they take the stage Tuesday night: to make the case for their running mates, and to avoid any major missteps that could take their campaigns off-course. Pence needs to show stability for a ticket that has been rattled by Trump’s debate performance and an explosive story about Donald Trump’s taxes, while Kaine will look to extend Hillary Clinton’s newfound momentum and make an effective argument on her behalf.

Here’s CBS News’ quick guide for what to watch:

After the showdown that was Clinton versus Trump last Monday night, anything would seem positively tame by comparison—and there’s little chance that Tuesday night’s vice-presidential debate will be the same kind of intense face-off. (Kaine, by his own admission, is “boring”— or at least that’s what he said in an interview shortly before being selected for the VP role.)

But this will be the first time Kaine and Pence have shared a stage. It’s also really the first time they will direct attacks at each other. Each has played the traditional vice presidential role of serving as his ticket’s respective attacker, taking aim at the top of the ticket on the other side.

What happens when the two of them face off? How will the tone and tenor of Tuesday’s debate compare with what happens on the presidential stage?

2. How does Pence defend Trump?

It’s no secret that Pence has spent a great deal of his almost three months on the GOP ticket cleaning up after various things Trump has said: when Trump said he wasn’t ready to support House Speaker Paul Ryan and Sen. John McCain (R-Arizona) in their respective Republican primaries this summer, for example, Pence was the one to first come out and back the two veteran GOP pols. He’s often maintained that Trump either didn’t mean the things he’s said or to try and put them in a different context after the fact.

How does Pence handle that on stage Tuesday night when there are follow-up questions and rebuttals? Is he able to both come off as the saner, calmer half of the Republican ticket while still making it clear he’s behind Trump 100 percent?

Trump and Clinton certainly kept fact-checkers (including those here at CBS News) busy during last week’s showdown at Hofstra University in New York: Trump’s penchant for false statements on the campaign trail and the debate stage is well-known, and the first debate produced quite a few whoppers.

But Pence, his running mate, has less of the bombast and tall statements that make up Trump’s signature move at rallies; Kaine, too, has not frequently run afoul of fact-checkers since joining the Democratic ticket this summer.

When it comes to the facts, does Tuesday night’s debate end up looking more like the presidential debates of campaigns past, if the candidates largely stick to the truth?

4. How does Kaine’s Clinton defense go over?

Just as Pence has been tasked with cleaning up many of Trump’s rhetorical messes, Kaine is frequently asked to defend Clinton over her main weakness among American voters: her trustworthiness.

In his speech at the Democratic convention, in Sunday show appearances and on the campaign trail, Kaine has said repeatedly that he trusts Clinton so much that he trusts her with the life of his son, who is in the military. Kaine also makes the argument that Clinton can be trusted because of her record, because she has maintained similar priorities—supporting women and families, especially—throughout her career.

But how does that sound on a debate stage, and how does it go over with the voters who may not have heard his argument on this before? Will Kaine be able to do anything to demonstrably help his running mate’s image problem?

5. Does anything in either candidate’s past trip him up?

Both Pence and Kaine are elected officials with records: both have served as governors and in Congress, so both have a long list of votes and actions they’ve taken or supported over the years. Is there anything in either candidate’s past that comes up in an unexpected way Tuesday night?

For Pence, that record includes supporting, and then opposing, a religious freedom law in Indiana that effectively allowed businesses to deny service to gay people. It also includes his past statements about the “emotional” damage children go through when their mothers work outside the home—comments Pence has since said he no longer agrees with.

Kaine, who has a series of votes in the U.S.Senate, may be asked to explain his shift on the Trans-Pacific Partnership trade deal: he voted to give President Obama fast-track authority on the deal, but changed that position when he joined the Clinton ticket. We’ll see whether there’s anything else to trip the candidates up Tuesday night.