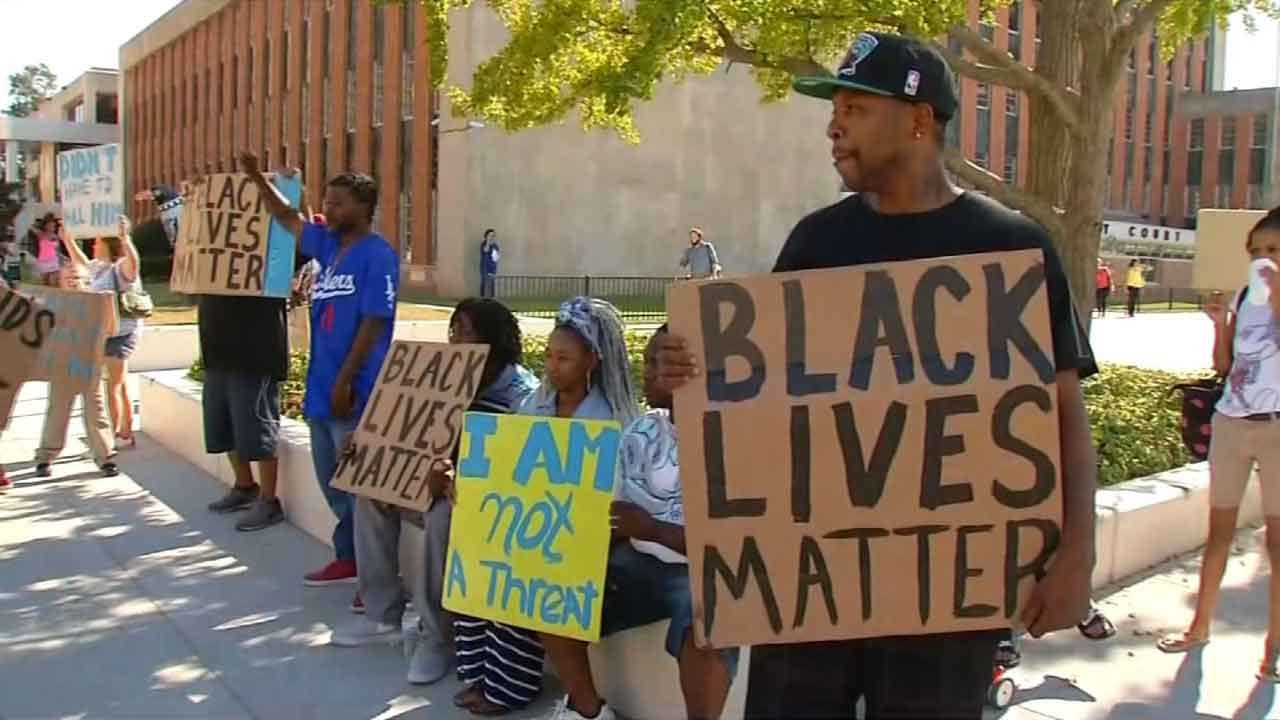 Reaction to the District Attorney’s decision to charge the officer in the death of Terence Crutcher was swift Thursday afternoon.

A group of protesters showed up to the courthouse around the same time the DA's news conference started then walked to the jail.

They're with Black Lives Matter Tulsa and said they weren't happy with the decision to charge Officer Betty Shelby with first-degree manslaughter.

“First-degree manslaughter is not right. Not only me, but everybody here in the whole community is seeing it as murder. It's murder,” said Pastor Mareo Johnson.

They called it a slap on the wrist and say the manslaughter charge is a way to "pacify" the protesters.

The group said they want to keep their protest peaceful and say they plan to be there every day to protest, demanding a first-degree murder charge.

Attorneys for the Crutcher family said statutes dictate what types of charges can be filed and under Oklahoma law - manslaughter is the maximum charge prosecutors could legally file against Shelby in this case.

The Crutcher family calls it a small victory.