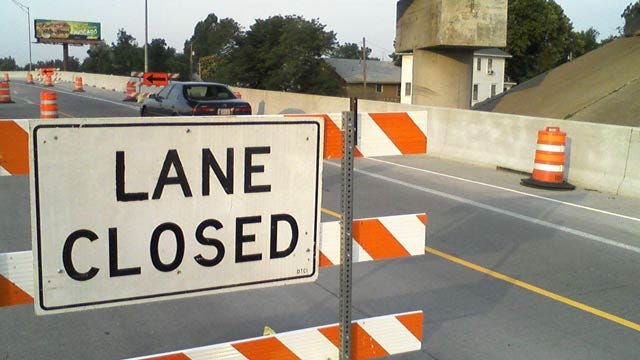 The Oklahoma Department of Transportation says drivers should avoid the south leg of downtown Tulsa's IDL Friday through Sunday.

ODOT says the reason is an ongoing $4.3 million project to rehabilitate three bridges.

Starting Friday at noon, drivers won't be able to go west on the south leg of the Inner Dispersal Loop from Highway 75.  That closure will last until 11 a.m. Sunday.  The eastbound lanes in the same area will close at 7 p.m. Friday and remain closed until 1 p.m. Sunday.

ODOT says the contractor will be removing the bridge beams on Main Street over the IDL and the lane closures are needed to ensure the safety of the workers and drivers on the highway below.

They say additional closures on the south leg of the IDL are planned in September.

The project is scheduled to be done by the fall 2016, weather permitting.