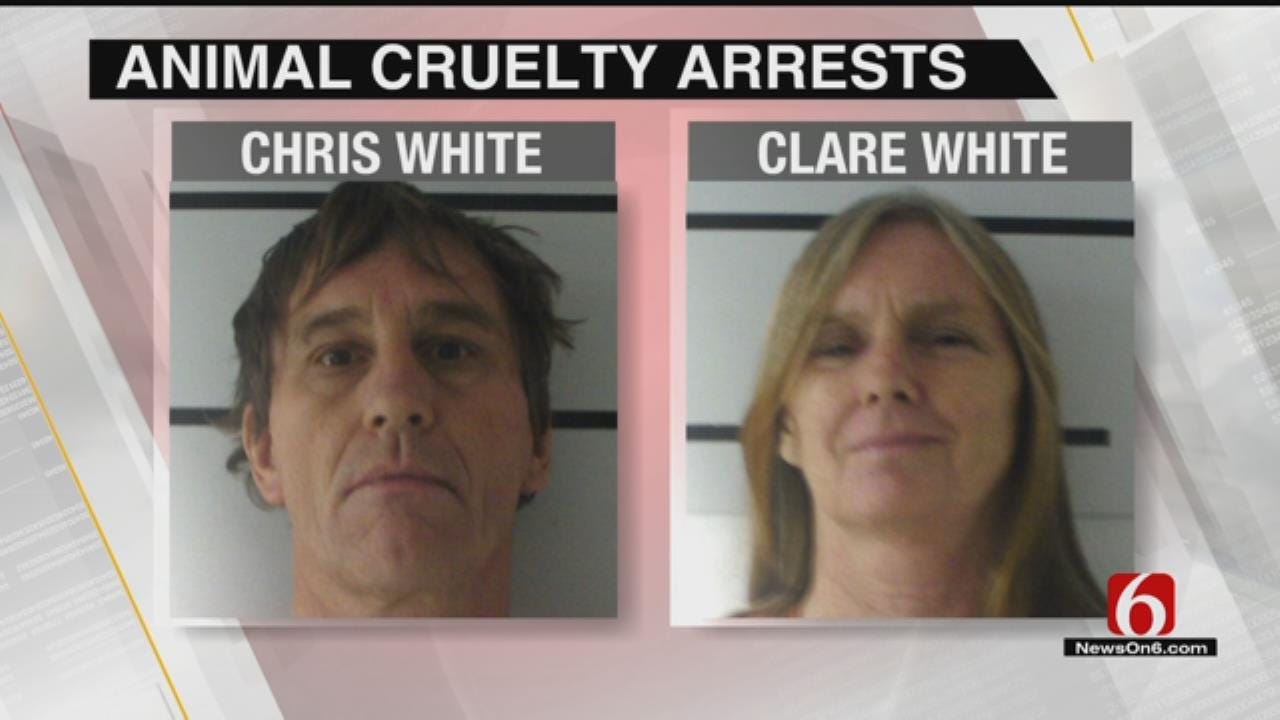 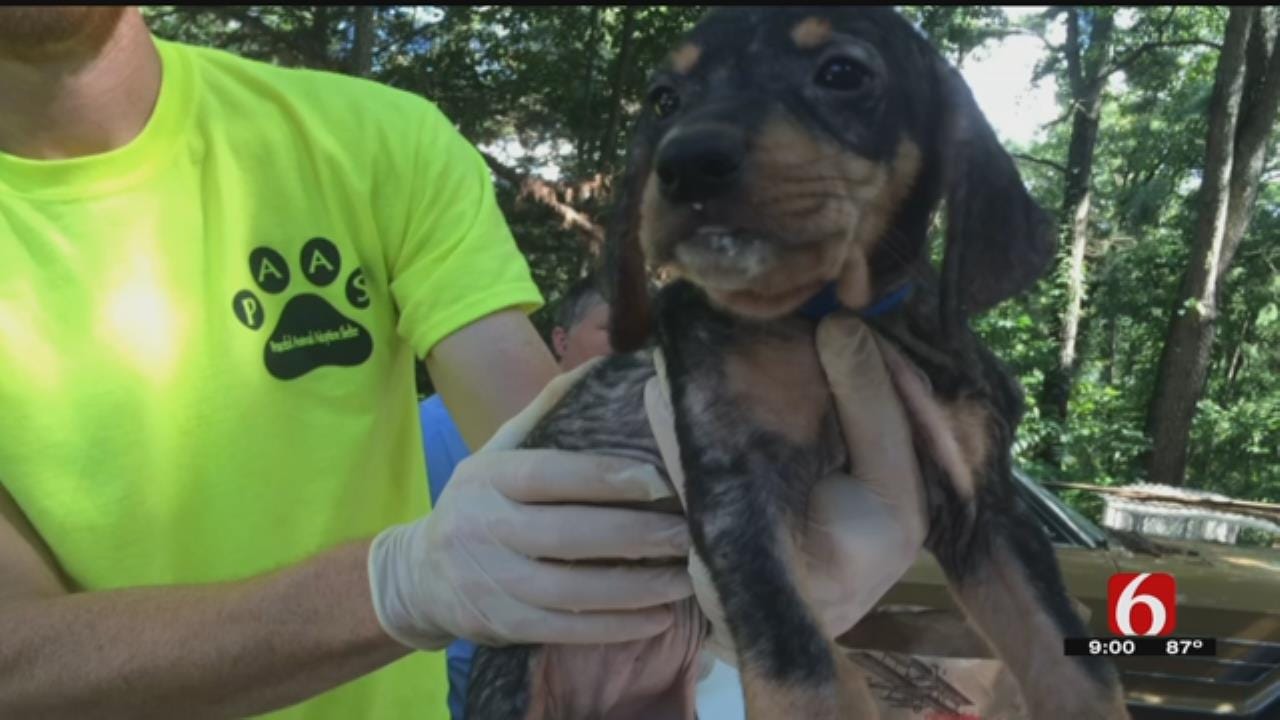 Two people are in jail charged with animal cruelty after police discovered hundreds of animals on their property.

Authorities in the area say it is the worst case of animal abuse and neglect they've seen, but one of the couple's adult sons says his parents did nothing wrong.

Inside their home and on the property in rural Delaware County, police made a startling discovery.

"These animals were in, many of them were in very bad shape,” Delaware County Sheriff Harlan Moore said.

Police say Chris and Claire White had 38 dogs, nine cats and more than 300 chickens - all found in illegal conditions.

"The living conditions there were not good,” Moore said.

"They've got scabs on them, open wounds,” Alyssa Stone said.

Stone is with Oklahoma Alliance for Animals. Her organization is one of several that assisted in taking and now caring for the dogs and cats. Sadly, she says several dogs had to be put to sleep.

"There was just no turning back from that,” she said. “It would have been too painful for them to go through that."

While authorities say there is enough evidence to charge the Whites with animal cruelty, their children are saying that none of the animals were being abused and that their parents are innocent.

"No we don't want any taken away,” William White said. “We hope that some of the pups we might be giving away once they are looking good, better."

"People use to drop them down there, and they would find their way up here because we had food,” William White said.

He says the chickens were well fed - and they had hoped to sell the chicks.

"A lot of them are rare breeds, expensive breeds,” he said.

But police say without proper food, water and shelter, it was an illegal set up.

"Just too many for them to try and take care of,” Moore said.

An out-of-control situation, Stone says, that could be prevented.

"If it does get out of hand, I think that people should speak up and ask for help,” Stone said.

The Whites are in jail, expected to be charged with 38 counts of animal cruelty.

Since they plan to fight the case, none of the animals are available yet for adoption.