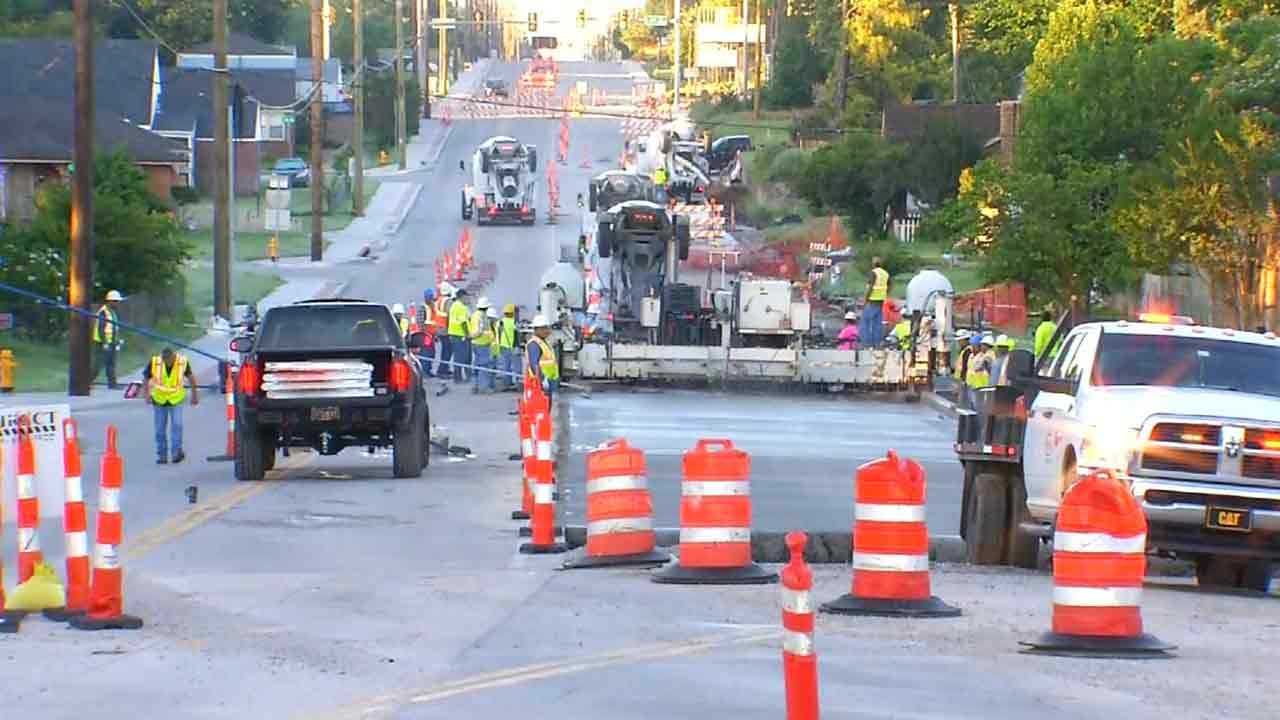 City crews have reopened the section of Yale Avenue between Interstate 244 and 4th Place that was temporarily shut down Monday morning. Traffic is still down to one lane, however, as the overall Yale Street rehab project is completed..

The city says it's part of a street rehab project on Yale between 11th Street and I-244. They say closing the whole street allowed them to work quickly.

Michelle Allen with the City of Tulsa said the entire rehabilitation project should be "substantially completed" by the end of June.

The project began in March 2015 and was originally scheduled for completion in January 2016.