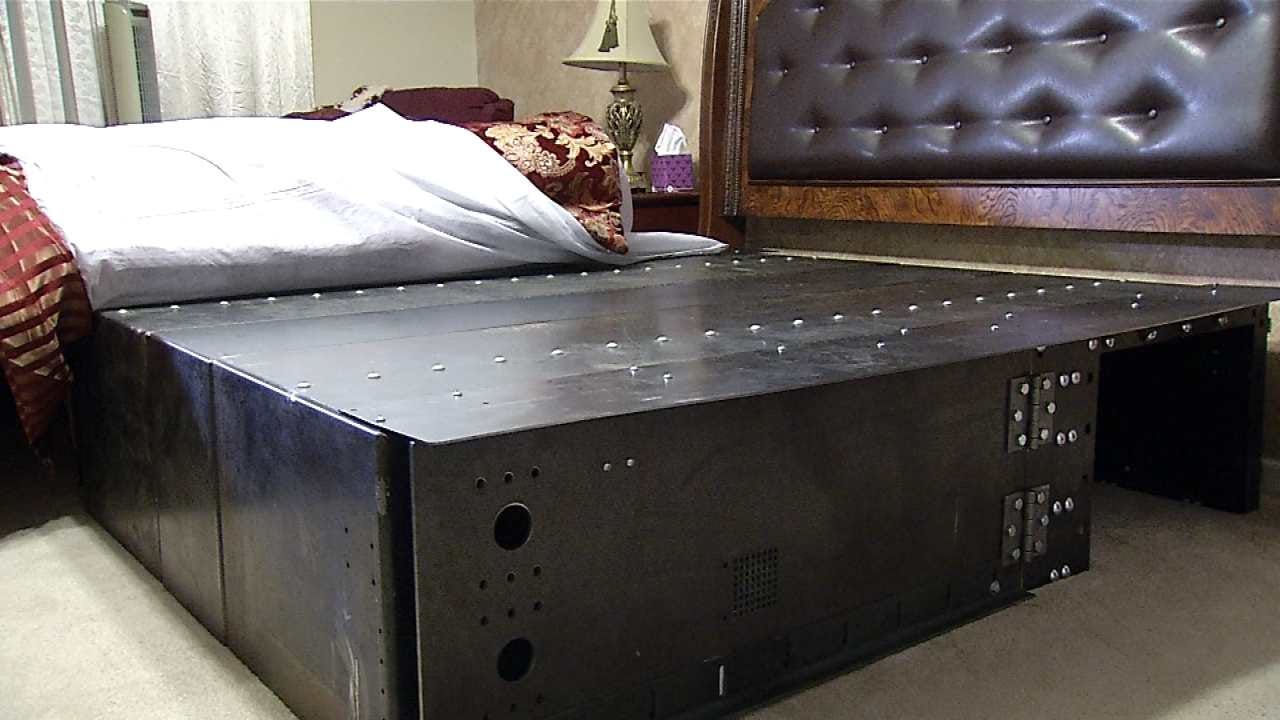 You've heard of tornado shelters that are built in your garage or underground — but what about under your bed?

A Broken Arrow man is building a prototype for a storm shelter you can sleep on.

Under the pillows and comforter and mattress of his king-size bed, Russell Girod reveals a storm shelter he designed.

The A.C.E. Tornado Shelter (Affordable, Convenient, Essential) is essentially a bed platform made of steel. The mattress goes on top of the shelter like any other bed frame.

Girod says two years ago, a tornado touched down just miles from his home. When he looked into buying a shelter, though, he didn't like his options.

His wife Helena had also been complaining about their squeaky box spring, so Girod fixed two problems with one solution: his prototype.

The shelter is made of ten-gauge steel with doors on both sides. There are two escape hatches too — panels that can only be removed from the inside. This way, if debris blocks one side of the bed, those inside aren't trapped in the shelter.

The shelter is 19 inches tall, only a few inches taller than standard bed platforms.

Girod pitched his creation at a competition called Tulsa Startup Series last week, where he was named one of six finalists.

It's motivated him to do more testing at a certified facility in Texas. He has more improvements to do, including adding steel panels to fortify the shelter even more, before it can be certified as an F-5 shelter.

Girod hopes to be able to sell the A.C.E. Tornado Shelter at the end of the year, at a price that's more affordable for families: $1,700 for a king-size. He's also working on a smaller version for a single person.

It's an alternative that Girod believes is not only cheaper, but more comfortable and convenient.

You can check for updates on Girod's progress with the A.C.E. Tornado Shelter here: http://acetornadoshelters.azurewebsites.net

To learn more about the Tulsa Startup Series, visit http://www.tulsastartupseries.com.