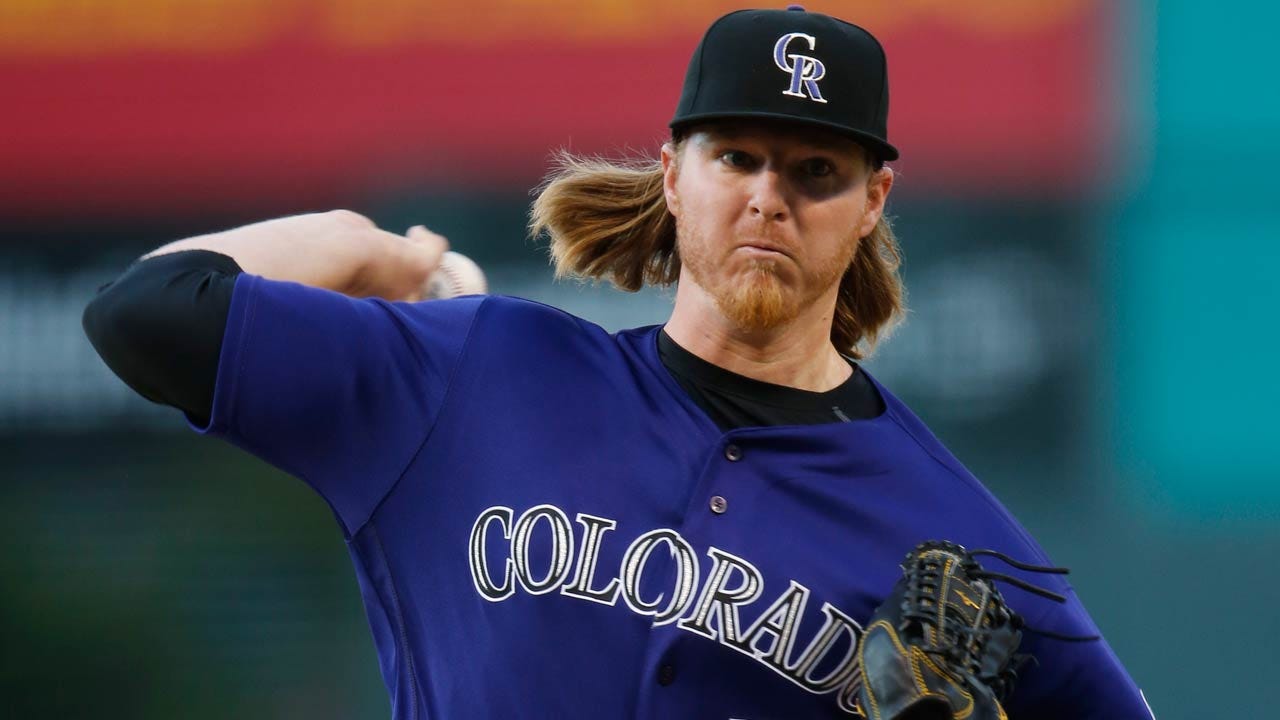 Former Sooner and Tulsa Driller Jon Gray made his first start of the season for the Rockies Friday night.

Gray allowed five runs in five innings but had a career-high 10 strikeouts.

He allowed three runs on a pair of homers in the first inning but settled down after that.

His manager praised the fact he was able to regroup.

"He stayed the course, hung in there,” said Rockies manager Walt Weiss. “[He] didn't get flustered whatsoever, threw the ball really well after that. I was really proud of him. First time out there this year, I thought he did an outstanding job.  I thought he did a great job.  Could have went the other way after that first inning."