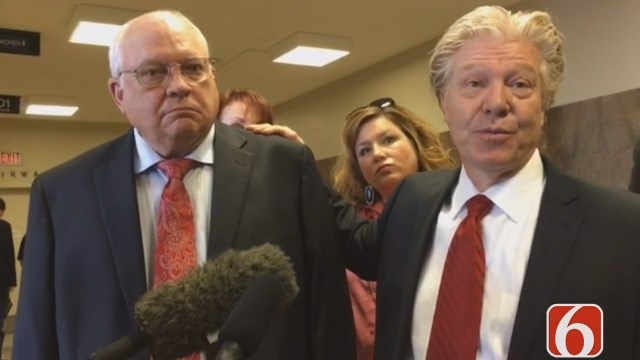 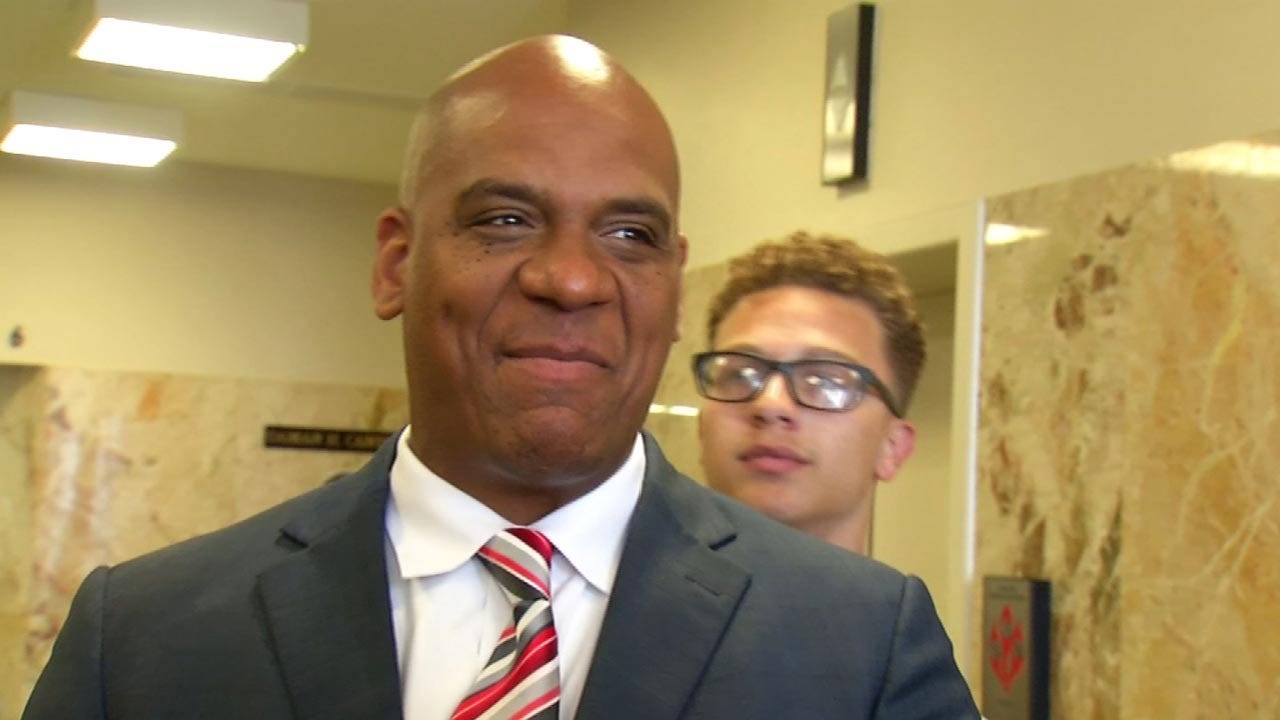 Bob Bates says he grabbed his gun instead of his Taser when he shot and killed Eric Harris during an undercover gun sting.

Sixty-five potential jurors were brought into the courtroom and were asked to answer 35 questions. The questionnaire asked if they'd heard about the case, where they get their news and if any of the potential jurors had posted online about the Tulsa County Sheriff's office.

Bates walked through the courthouse quietly Monday afternoon; the first order of business was to go over a request made by Bates' attorney, Clark Brewster, who asked the judge to redact some audio heard in a video recorded moments after Harris was shot.

Brewster said the audio where someone said to Harris 'F*** your breath' is not Bates and that it has no bearing on the case.

The judge said the statement was inflammatory, but because there's no one to attribute it to, it should not be taken out for the sake of sanitizing the video.

The judge also ruled Andre Harris, Eric's brother, would be allowed to sit through the trial even though the defense plans to call him to testify.

Monday, Andre was in the courtroom with his Bible in hand.

“Yeah, we keep Him with us at all times. And, beautiful thing about it is when you open it up, viola, first page is the People's Champ, Eric Harris, and that's why we're here today is we're seeking justice today for Eric and, of course, his two sons,” Andre said.

After the judge made his rulings, jury selection began in the second-degree manslaughter trial.

The judge went over rules with the 65 potential jurors -37 women and 28 men. He told them to not watch the news and talk to no one about the case.

The jurors then answered a questionnaire which will be given to both the defense and prosecution who will then go over all the answers and will begin questioning the jurors in person Tuesday morning.

Andre said he has faith in the justice system, "We simply want them to look at the evidence and make a decision on what they see and what they know to be true. And when that happens, no matter how it goes, I'm just gonna continue to thank God, believe God and keep on pushing."

The Tulsa County Sheriff's Office has announced that additional security measures will be in place during the trial. Those include an additional metal detector placed at the door into Judge William Musseman's courtroom.

Tulsa County District Attorney Steve Kunzweiler requested a delay in the trial, but that request was denied last week.