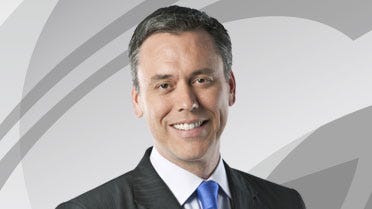 Strong south winds will develop today ahead of a storm system that will bring a few showers and storms across northern OK late tonight into pre-dawn Wednesday morning.   Severe weather is not expected across the northern sections of the state but a few storms may produce gusty winds and some small hail.  The window of opportunity will remain rather small.  The chances will begin tonight around midnight and end Wednesday morning around 7am as a cold front sweeps across the state.   Dry and stable air will follow the frontal passage with a second front arriving Thursday night with no precipitation.   A surface ridge of high pressure will build across northern and central Oklahoma Friday morning to midday with sunshine and light north winds.   The weekend will feature increasing south winds as a stronger looking storm system will be nearing the plains states with increasing thunderstorm chances Sunday into Monday.   Some of the storms for this system may become severe.

The upper air pattern will quickly bring a strong mid-level system across the central plains states this afternoon.   A surface area of low pressure is developing this morning across southeastern Colorado and should quickly move eastward later this afternoon and tonight.   Our winds should return from the south and southeast by midday and wind speeds will also be increasing as the pressure gradient cranks up across the southern plains.   Critically high fire danger issues will remain today and this afternoon across the western half of the state into the panhandle region where low level moisture will remain rather slim.   Red Flag warnings are underway across part of western OK this morning and fire weather watches for central OK could be upgraded later today to Red Flag warnings if humidity drops slightly lower than currently anticipated.   Our area (eastern OK) should see increasing humidity values today with increasing low level dew points as the above mentioned storm system moves across the central plains.   As of this hour, only Osage and Pawnee counties will be included in Red Flag Warnings for the afternoon for our immediate area.

A cold front will enter the northwestern part of the state later this evening with a few showers or storms likely along and behind the boundary.   This activity will sweep across the northern third of the state overnight and should exit eastern OK by pre-dawn or early Wednesday.   A few storms could produce some small hail and gusty winds but the odds of severe storm formation across the northern OK area will remain very low.

Once the front clears the area Wednesday morning, we’re in store for great spring weather for the rest of the week despite another front moving southward Thursday night.   Highs today will be in the upper 70s and lower 80s along with gusty southeast winds at 20 to 45 mph.

Wednesday morning’s lows in the mid-50s will be followed by highs in the lower 70s along with decreasing clouds and northwest winds at 15 to 25 mph.   Thursday morning lows in the mid-40s along with clear sky will be likely.   Northwest winds from 15 to 20 mph will remain with highs in the mid-70s.   A weak front will clear the area Thursday night with no precipitation and Friday morning will start in the upper 30s and lower 40s.   Highs will be in the mid to upper 60s Friday with sunshine and north winds near 10 mph.

The weekend will see Saturday morning lows in the mid-40s and highs in the mid-70s.   South winds will develop from 10 to 25 mph.   Sunday should feature increasing winds and partly cloudy conditions with lows in the upper 50s and highs in the mid to upper 70s along with a chance for storms by the evening hours.    A few of the storms may be strong to severe based on the pattern and expected return of low level moisture from Sunday into Monday.   The timing and specifics will continue to change for this period, but the overall confidence of a storm system nearing during this period remains good.