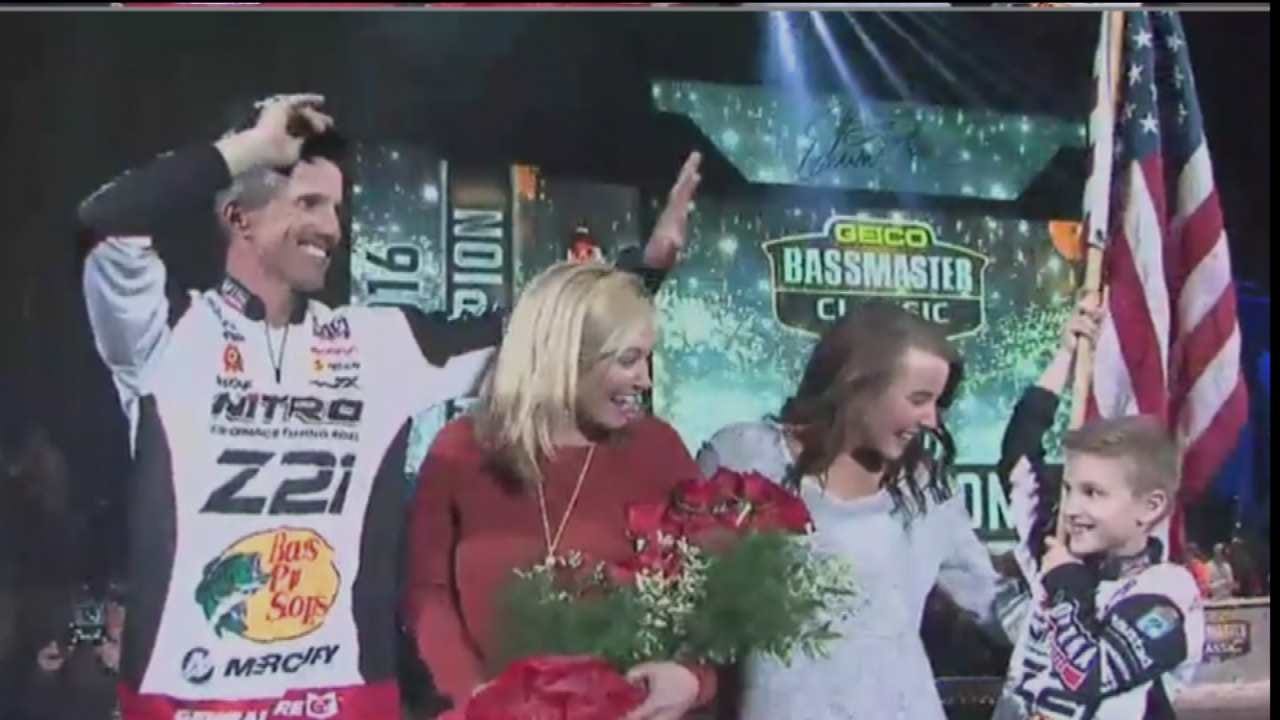 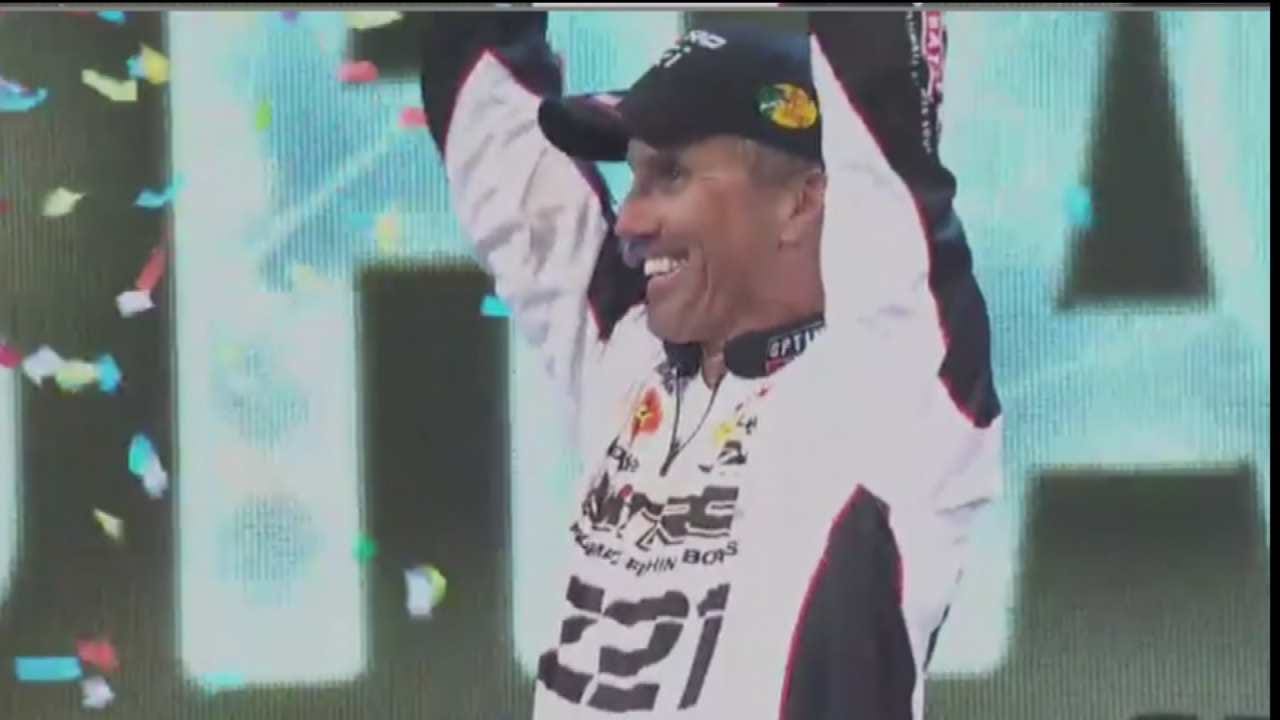 It came down to the two Okies, and the pride of Talala, Oklahoma has won the 2016 Bassmaster Classic title.

Christie, of Park Hill, led after the first two days of fishing on Grand Lake, and Talala's Edwin Evers was in third.

Evers came through in the 11th hour. He needed just more than 15 pounds to take the lead, but he said he knew he needed to perform even better because Christie was relentless in control of the leaderboard.

After Todd Faircloth weighed in and settled for fifth place, it came down to the two Oklahomans.

Christie's 12 pound, 9 ounce bag just wasn't enough and Evers ended up beating him by more than 10 pounds. Evers also had the big bass of the day, which was 6 pounds, 13 ounces.

Sunday's windy conditions on Grand Lake made things a little difficult for the professional anglers, but Evers said he listened to Dick Faurot’s forecast for the day and knew what to expect.

It was a dream come true for Evers, who on Saturday said he has wished on every single star since he was a child that he'd win the Classic. As his competitors pointed out, though, Evers didn't come by that long-elusive title from luck -- he's known as one of the hardest workers in the world of professional bass fishing.

And he finally got to lift that trophy over his head in front of the hometown crowd, which went wild after he was declared the winner.

Evers spent most of the day fishing on the Elk River arm of Grand Lake, an area he's known for years.

"That's all my in-laws. I married into a fishing family, and they've got way more years of experience on this lake, so I'm just thankful I married the right woman and her dad and brother like to fish a lot," Evers said.

And the pride is bursting at Rogers County's seams as Evers' hometown awaits his return after the big win.