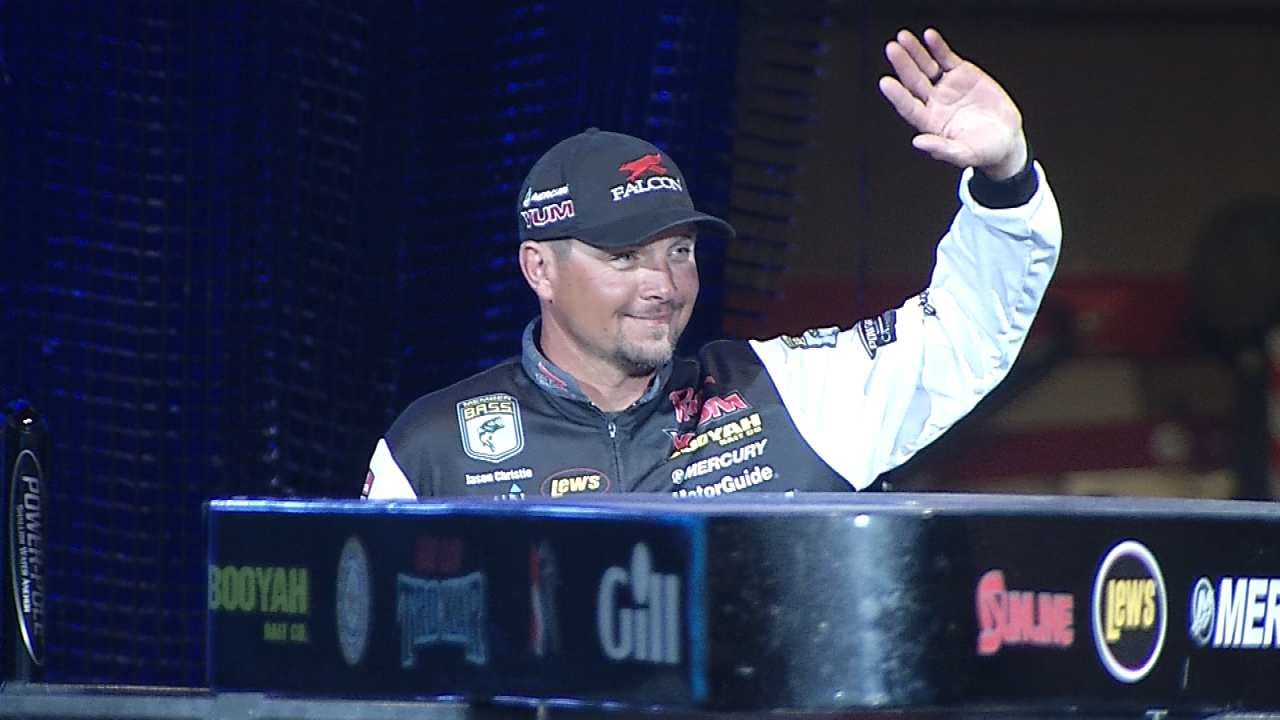 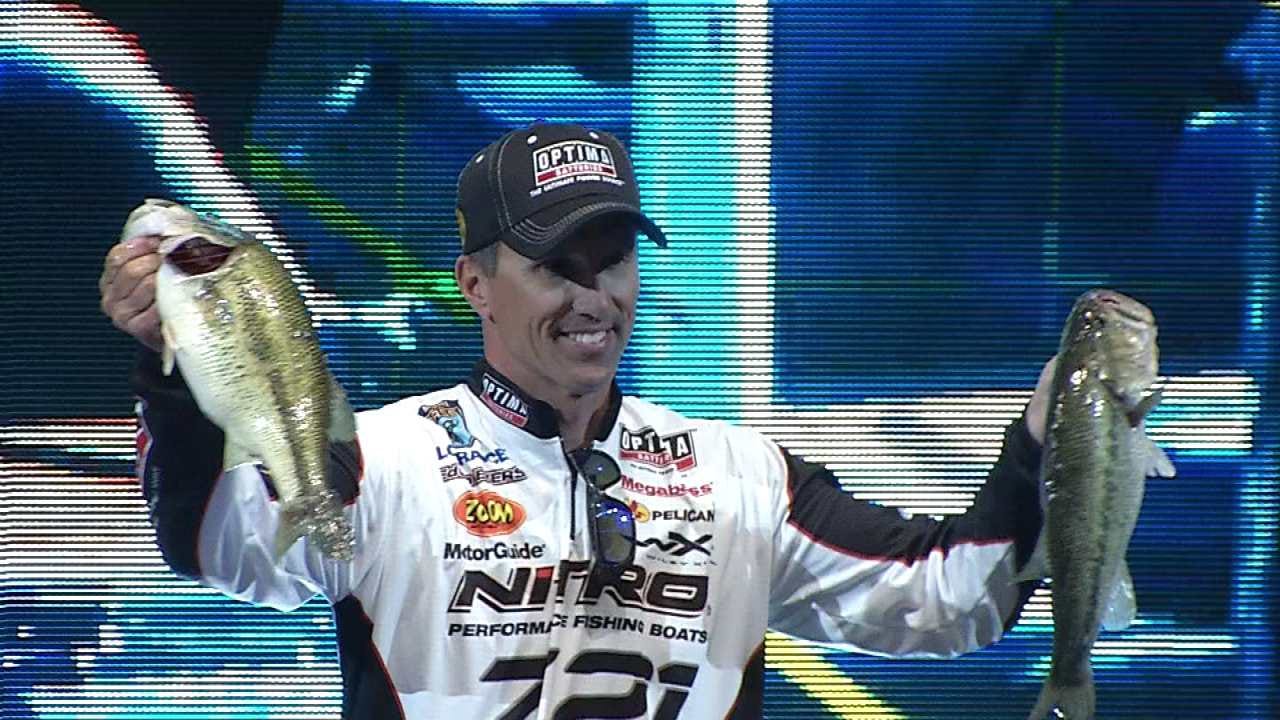 The biggest stage in professional bass fishing was rocking on Saturday in Tulsa, and the spotlight was on a couple of Okies.

Park Hill's Jason Christie's Day 2 weight of 16 pounds, 11 ounces was enough to maintain his place as the overall leader going into the final day of the 2016 Bassmaster Classic competition on Grand Lake.

Christie's two-day total -- 37 pounds, 9 ounces -- has given him a comfortable 5-pound lead over Texan Todd Faircloth. Faircloth and Talala's Edwin Evers are running a close battle at second and third -- just a few ounces apart.

"I caught my biggest fish off a place today that my dad caught a 6-pounder there 20 years ago," Christie said. "One fish made me stop there, so maybe some of that history does pay off."

Evers’ five-fish haul of 17 pounds, 8 ounces secured a spot in the Top 25 after struggling on Friday and ending in 13th place. Evers' total so far is nine fish weighing in at 31 pounds, 4 ounces.

The veteran -- a 13-time Bassmaster Classic qualifier -- is still chasing his first Classic win. He told the rocking BOK Center crowd that today’s catches only help further his dream.

Evers said that every shooting star he saw when he was a kid – he wished ion it that he could win the Bassmaster Classic someday.

"To make the top 6, and have so many friends and family and church members, all the people that are here at the weigh-in that don't get to be a part of these, for me to be a part of that top 6 is really cool for me because it's neat seeing all those people there," Evers said.

Evers also gave our Dick Faurot a shout-out from the stage, saying he couldn't wait to be out on the water with the Channel 6 meteorologist on the final day as he chases down the title.

James Elam, of Broken Arrow, had a tough day. The young first-time qualifier only caught one fish on Saturday. The good news was that it weighed in at 3 pounds, 9 ounces, the exact target he needed to hit to remain in contention. The bad news – still several anglers had to weigh in after him, knocking him from that 25th spot.

Elam says he isn’t letting it ruin his weekend because his first experience at the Classic was a dream come true, and he looks forward to being back throughout his career.

Kevin VanDam, a crowd favorite and the all-time money winner in pro bass fishing, fell out of contention on Saturday after failing to hook a single fish. VanDam has won the Classic title four times and was looking for his fifth.

The remaining 25 anglers in the field -- competition started on Friday with 55 -- will launch their boats from Wolf Creek Ramp on Grand Lake on Sunday at 7 a.m. Weigh-in starts again at the BOK Center around 4 p.m.