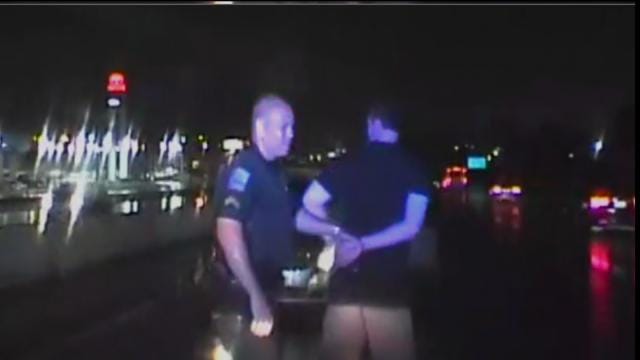 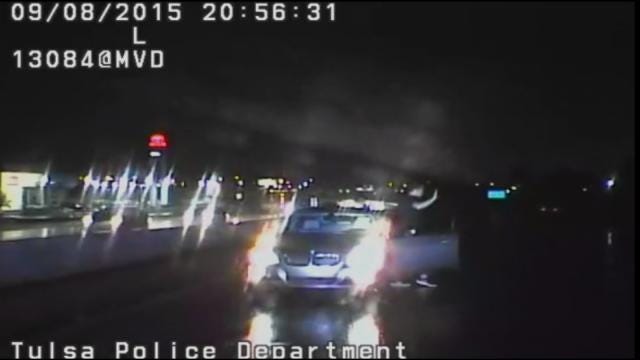 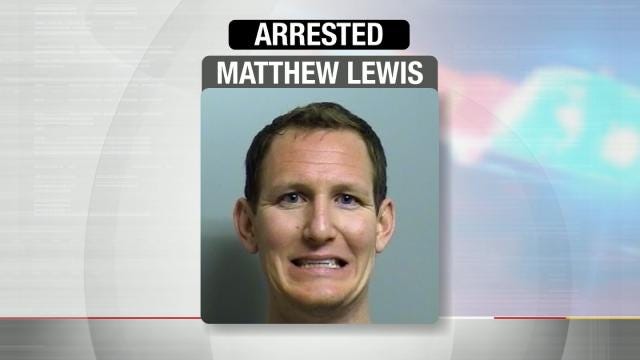 Tulsa Police released dashcam video of a wrong-way driver on the Broken Arrow Expressway. Officers were able to stop 29-year-old Matthew Lewis before he hit anyone last week.

His actions put other lives in danger, officers say.

On this rainy Tuesday night just before 9, Sergeant Bob Rohloff and Corporal Richard Meulenberg of Tulsa Police park themselves right in the middle of the highway - and wait.
They're waiting for the driver of a silver BMW that was going east in the westbound lane.

The officers were expecting him - that's why they shut down all westbound traffic on the BA Expressway at Interstate 44. They tell the driver to get out of the car.

Lewis, 29, is still wearing his scrubs. He's a dentist in Broken Arrow.  He can barely walk backwards a few steps without stumbling.

Officers arrest Lewis and book him into the county jail on complaints of aggravated DUI and driving in the wrong direction. This kind of incident is the reason Tulsa County's Stop DUI Task Force exists.

"This guy luckily didn't hit anyone. But the last couple I've seen, they did hit someone," said Lieutenant Eric Smoot of the Stop DUI Task Force.

Smoot, who runs the task force, says DUI's are going down across the country. But in Oklahoma, it's not happening as quickly.

According to the state's Highway Safety office, alcohol-related crashes are decreasing in Tulsa County. From as high as 725 three years ago to fewer than 600 last year.

Police say it's amazing Lewis did not hit anyone. They say he got up to 75 mph for at least three miles - going the wrong way. Which means if he had crashed, it would have cost a life.

"You might drive drunk 80 times and nothing happens, but next time, it will. Gotta think about the choices you make," Smoot said.

Police also tell me Lewis said he'd had eight drinks that night. And when they asked him if he knew where he was he replied, "Oklahoma."

We did call Lewis' office, and a spokesperson for My Dentist Broken Arrow says they cannot comment on an ongoing investigation, but they are fully cooperating with law enforcement.