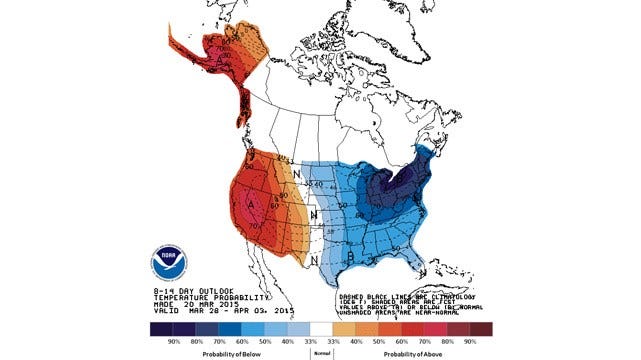 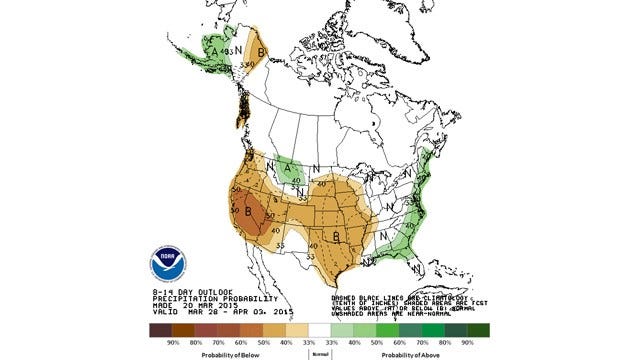 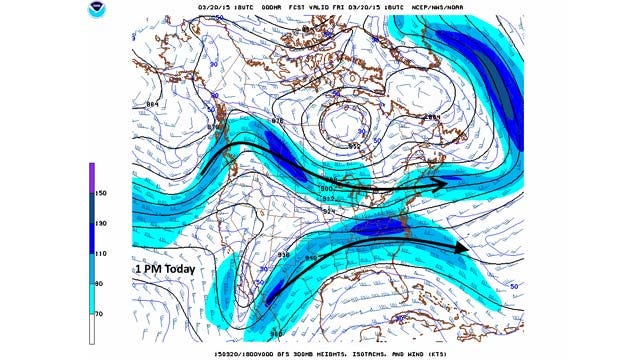 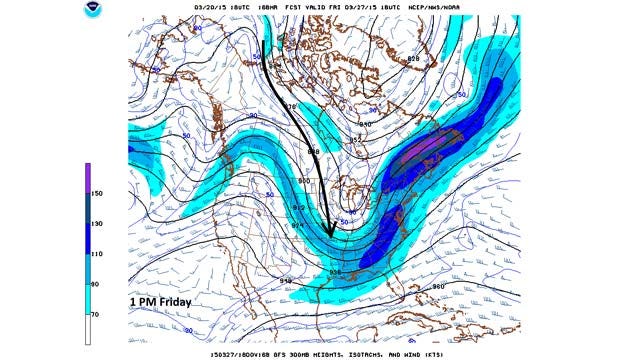 Now that the rains have moved out and spring has officially arrived, the weekend is looking very spring-like with warming temperatures into the early part of next week. There is one fly in the forecast though and that is a system that will be producing some widespread rains in Texas for Saturday, which could wrap up enough to bring showers as far north as the I-40 corridor and perhaps a few counties north of that by Sunday morning.

Obviously, the more southern counties will be more directly impacted by the associated cloud cover and the return of showers this weekend, and that will likely keep daytime highs in the 60s for those south of I-40. The more northern counties should get to see at least some sunshine and daytime highs reaching the lower 70s.

Winds will be very light and from a general E or SE component through Sunday, but a stronger southerly wind on Monday and gusty southerly winds for Tuesday will really warm things up.

Fire danger will likely be a concern on Tuesday due to southerly winds of 15-25 mph or more and afternoon highs in the 70s to near 80.

After that, a pattern change appears to be in the works which would bring a series of stronger cold fronts our way, the first of which should arrive during the day Wednesday. That may also set off some storms for the Tuesday night, Wednesday time frame along and ahead of the frontal boundary to be followed by much cooler conditions for the rest of the week as you can see on our forecast page.

Another cold front will likely be arriving over the course of that following weekend.

As has been the case for most of this past winter, it appears we will be on the western fringe of the coldest air. But, as you can see on the 6-10 day outlooks, most locations E of the Rockies have a good chance to be cooler than normal through that time period.

That also raises the possibility of a frost/freeze as that is getting close to the normal last spring freeze date anyway. So, if you have tender vegetation out, suggest keeping a close eye on the forecast during that time frame.

The reason is a projected change in the wind pattern aloft. Notice the 3rd map which shows the jet stream level winds as initialized at 1 p.m. today; the colors indicate where the winds are the strongest. This shows a general W-E flow aloft which is keeping the frigid air bottled up well into Canada at this time.

Now, notice the next map which shows the jet stream level winds valid at 1 p.m. this coming Friday. This is a more amplified flow pattern which is more favorable for allowing the colder air in Canada to penetrate much further southward.

We have been seeing indications this may occur for several days now, and although there remain some timing and intensity differences with the longer range guidance, the consensus continues to support another surge of colder air arriving for the latter part of this month. Again, that raises the distinct possibility of a frost/freeze during that time frame as well.