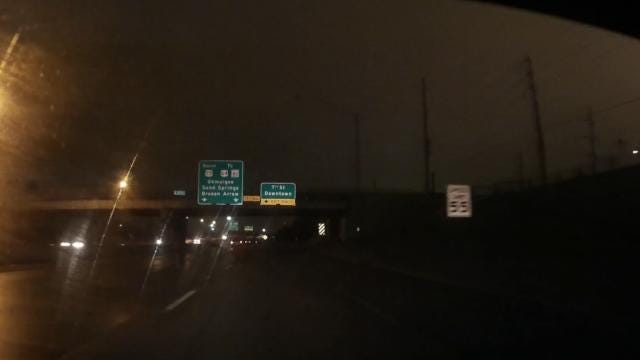 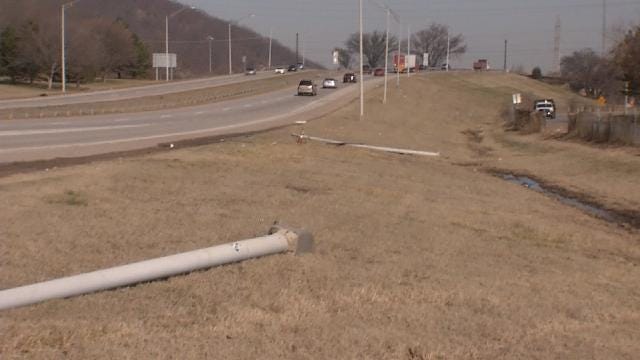 Tulsa has a growing problem with highway lights. Some are dead. Some are down because of accidents.

The problem only got worse after the snowfall, when cars took out a few more lights. But that's just a piece of the puzzle.

There's a light pole down on U.S. Highway 75 just south of downtown. There's another one across the road and another one down the road. There are dozens of poles down across Tulsa, and some have been there for months.

One has been down since Christmas Eve, when a car ran off the road and knocked it down.

The man in charge of getting those lights working again is Kurt Kraft, with the City of Tulsa.

"I don't know what it's going to take to get caught up, obviously more resources," Kraft said.

Kraft easily can track his most essential resources -- the manpower -- because he only has to count to three.

These three: The three men who try to maintain 6,000 highway lights for the City of Tulsa.

Just changing the bulbs and standing up knocked over poles would be more than enough work, but that's not even close to the biggest problem. The biggest problem is copper theft, like on a bridge just north of downtown, where the cable was ripped out.

The damage is costing thousands of dollars for repairs each month, disabling entire sections of lights.

At night, the lights are out on the inner-dispersal loop, and it's because thieves pulled out the wires. On the Broken Arrow Expressway, strings of lights, entire circuits have been disabled by thieves looking for copper.

Sometimes they'll pull out 200 feet of wire, the distance between the poles.

"Quite often when there's a long string like that, it's copper theft," Kraft said.

And when it happens, the city's only crew has to pull new wire.

They're going back in with aluminum wire, to make it less attractive, but thieves usually don't notice until they've cut into it and turned out the lights.

A list below shows the the lights the city knows aren't working.

There are two dozen sites, some with a dozen lights on the circuit that aren't working.

The city repairs a handful of them each day, but between the criminals and the car wrecks, they're not getting ahead.

20) I-44/Riverside East bound all out over the bridge