Sallisaw Man Accused Of Killing His Mother Due In Court 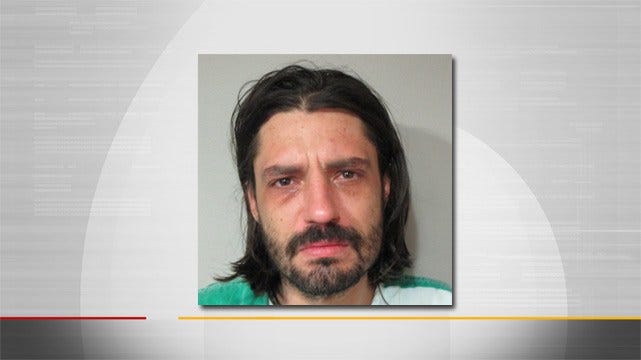 A Sallisaw man accused of killing his mother is set to make his first appearance before a Sequoyah County judge Wednesday.

Investigators believe Gregg died from a gunshot wound to the right side of her face, according to a probable cause affidavit. The victim's body has been sent to the Oklahoma Medical Examiner's Office for an autopsy.

Sallisaw Police Chief Terri Franklin told KFSM TV, the CBS affiliate in Fort Smith, officers found the victim's body in the driver's seat of a car on a city street around midnight on March 3, 2015. She said it appeared the car had left the roadway which prompted another driver to call 911. A single bullet hole was found in the rear passenger side glass and Gregg had what appeared to be a gunshot wound to the head, according to court documents.

Sallisaw Police and agents with the Oklahoma State Bureau of Investigation said they found a fresh footprint and a spent 9 mm shell casing at the scene, according to court documents.

The probable cause affidavit states a family member told investigators Mosby had recently moved in with Gregg. That family member also said Mosby had purchased a pistol from an individual he found on Facebook.

After Gregg's body was found, investigators located Mosby at a relative's house in Sallisaw. While executing a search warrant of Mosby's bedroom, officers found live rounds of ammunition matching that of the shell casings found at the crime scene, according to court documents.

Mosby is being held at the Sequoyah County Jail without bond.

Sallisaw Man Accused Of Killing His Mother Due In Court