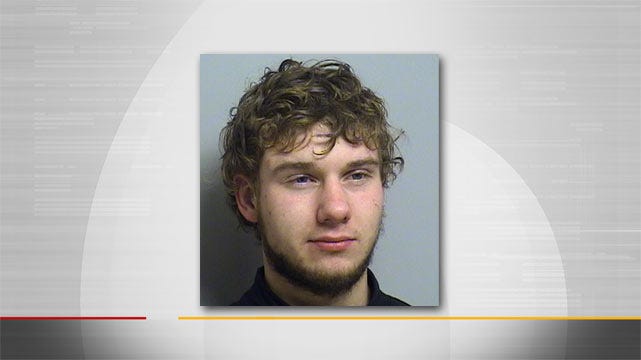 Police said the officers spotted a 2002 Pontiac "acting suspicious" in the 2500 block of South Garnett about 1 a.m. Officers on the ground stopped it after witnessing a traffic violation near 21st and Garnett.

Police said four people in the car got out, but the driver drove off headed west on 21st Street. A few blocks later the driver wrecked the car then got out and ran. Police arrested him after a short foot chase. They identify him as Brenton Boswell, 18, of Henryetta.

They booked Boswell into the Tulsa County jail on complaints of eluding, driving left of center, possession of a stolen car and hit and run. Jail records show Boswell has a February 24, 2015 court appearance.