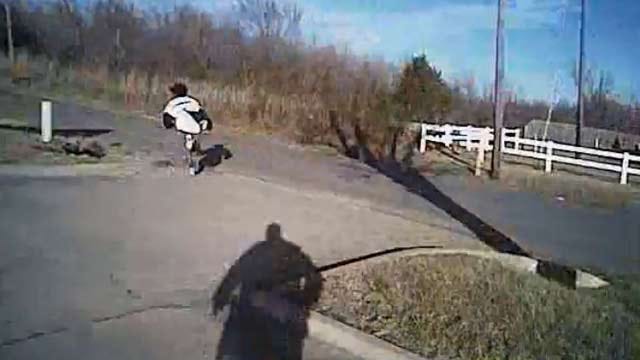 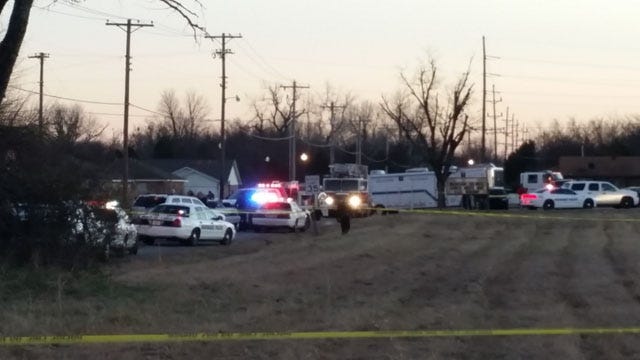 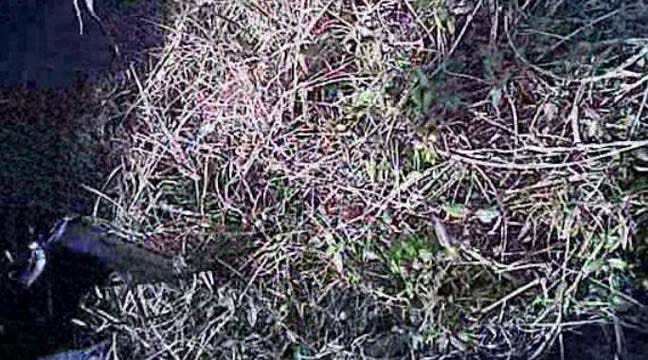 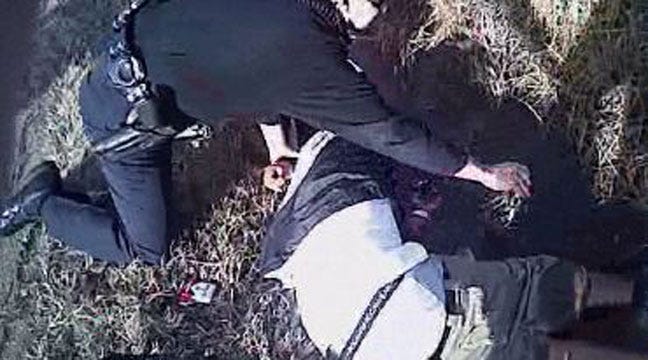 Editor's note: The Muskogee Police Department released more than 10 minutes of video of the incident. News On 6 has chosen not to air or post the portion of the video showing the man being killed, out of respect for his family.

The Muskogee Police Department released video recorded by an officer's camera showing him shooting and killing a man he was trying to arrest.

The shooting happened on Saturday, January 17, 2015. Officer Chansey McMillin shot and killed 21-year-old Terrence Walker. Police had been called to a wedding at a church to investigate a report of a man threatening to kill one of the wedding party guests.

On Friday, January 23, 2015, the department also released a statement in which it presents a list of what it calls considerations about the video. They include noting that the officer was answering a call about an armed man who had threatened to shoot a person at a wedding party, and that the suspect failed to comply with basic commands by the officer to place his hands behind his back and used an elbow to strike the officer. The department also released the 911 calls made in reference to the incident.

"It is our belief that the video clearly shows the suspect pointing the gun at the officer," the statement reads.

The officer, Chansey McMillin, is on routine leave while the Oklahoma State Bureau of Investigation and the Muskogee County District Attorney's office investigate the shooting.

The Muskogee Police Department said it will not comment on the investigation into the shooting.

Here is the statement released by the Muskogee Police Department:

This is a list of points we would like to stress in reference to the officer involved shooting that we believe are reflected in the video that will be released today. Please understand that this is an ongoing investigation by the Oklahoma State Bureau of Investigation and has yet to be reviewed by the Muskogee County District Attorney's Office.

The Muskogee Police Department is only responding to questions concerning the video and by no means can answer any questions in reference to the ongoing investigation.

In the spirit of transparency and openness we are releasing the video in what we believe is a timely manner. We would request that out of respect for the deceased and his family that the scene showing the actual shooting not be aired publicly. This is only a request and we respect the right of the media to show anything requested under the Oklahoma Open Records Act.

Below is a list of considerations that we are presenting along with the video:

1. Suspect had made threats to kill a wedding party member and came to the location with a loaded handgun.

2. Witnesses at the scene told police the suspect had conveyed information to the victim that he had a bullet with her name on it.

3. The suspect had attempted to hand the gun to another person at the scene who refused to take it.

4. There were witnesses at the scene who told us that the suspect had called or left a voicemail threatening to harm the victim. This is currently under review by O.S.B.I.

5. The suspect failed to comply with basic commands by the officer to place his hands behind his back and used an elbow to strike the officer. The shadow thrown by the suspect in the footage appears to show the suspect with a raised fist towards the officer.

6. The area in question is surrounded by homes, a church with several people attending a wedding, and the suspect was running in the direction of an occupied vehicle that was traveling toward the suspect and officer.

7. The officer reacted to the suspect stopping to pick up an item that we believe the body camera shows was a gun. At this point the suspect posed an immediate threat to the officer and witnesses surrounding the scene. It is our belief that the video clearly shows the suspect pointing the gun at the officer.

Also on Friday, the officer's attorney released a transcript of the audio on the video recorded by the officer's camera. The numbers indicate elapsed time on the recording:

1:28 Take your hands out of your pocket.

Got anything that's going to poke, stick me, cut me, hurt me?

What are you shaking for?

1:41 (Walker spins and attempts a backhand strike, misses and runs)

Get back and I will!

3:36 (McMillin crosses ditch and picks up gun that was thrown by backing officer away from Walker)

4:51 Hey, someone secure this weapon.

5: 12 Hey, yeah, I dropped some handcuffs over there, can you make sure my car is secure?

Yeah, black (referring to handcuffs) – I dropped ‘em. They look like this. Yeah.

The hammers cocked on it man.

He dropped the gun over here, picked it up, and facing me, so………… I went to go pat him down and he tensed up.

I was going to put him in the car.

I stepped back and drew –

6:00 (Minister comes up and starts telling Abel the officer did everything right)

Yeah. Hey, my wallets up there.

If you get a chance get my bag out of the back.

(Is that where your wallet's at?)

Yeah – it's inside that.