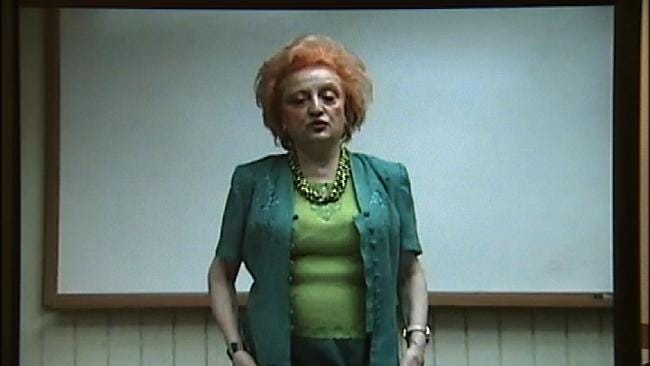 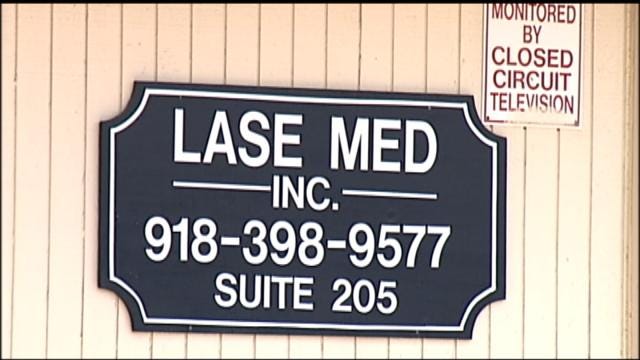 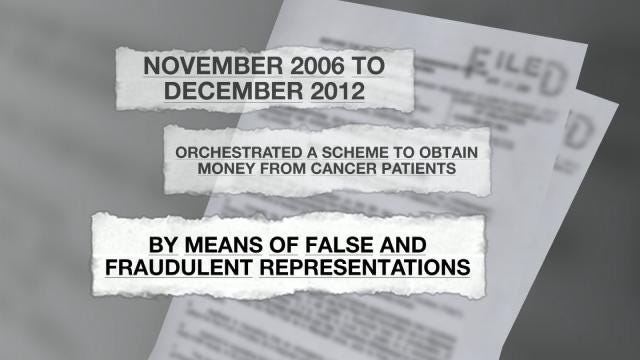 News On 6 crime reporter Lori Fullbright has been tracking this story since 2010 when the first patients sued.

Courts ruled Carpenter owed those patients millions for broken promises, and now the feds are going after her too.

Carpenter faces 41 counts of fraud and Thursday, she pleaded not guilty to all charges in federal court.

That was a conversation between Carpenter and News On 6 crime reporter Lori Fullbright back in 2011, when Carpenter was forced to pay $2.5 million to a patient who claimed Carpenter's cure for cancer didn't work.

A year later, Carpenter's Owasso clinic Lase Med Inc. was raided by federal agents. It later shut down, along with her second location in Broken Arrow.

Carpenter is not licensed to practice medicine in Oklahoma, but claims her treatment method "Light Induced Enhanced Selective Hyperthermia" or LIESH can kill cancer cells and, ultimately, completely cure the disease.

It's something she explained in online videos and blogs.

"Because there's a solution that is actually a cure, because cancer does not come back unless you do things that cause cancer, afterwards," she said.

Patients took Carpenter to court and now the feds are doing the same.

The federal indictment claims Carpenter orchestrated a scheme from November of 2006 to December of 2012 to lie to and defraud cancer patients.

It says Carpenter claimed her treatments were 100 percent effective and had absolutely no side effects.

That's something she maintains on her Lase Med website, where she writes that the claims made against her are false and that the FDA and others are harassing her.

"And of course instead of being accepted by everybody we have been attacked from all direction and we have been victim," she said.

If convicted Carpenter could face up to 30 years in jail and a fine of more than $1.1 million.